It seems a delicious irony that due to a recent Australian High Court ruling (27 October 2017) many Australian MPs, including the Deputy Prime Minister, are now ineligible to sit in parliament. Known as the “citizenship seven” case, the unfolding citizenship crisis in Australia has the potential to allow for radical constructions of (Australian) subjectivities to emerge, bringing to light a manifold of plays upon and reflections of our global predicament, where displacement threatens our ‘implacement’ (Casey 1993, 2016) at our every turn. While bearing witness to the government crumbling into chaos, we can more fully understand the present as a precarious, contested state, which also presents fresh opportunities to develop a more critical transnational consciousness. 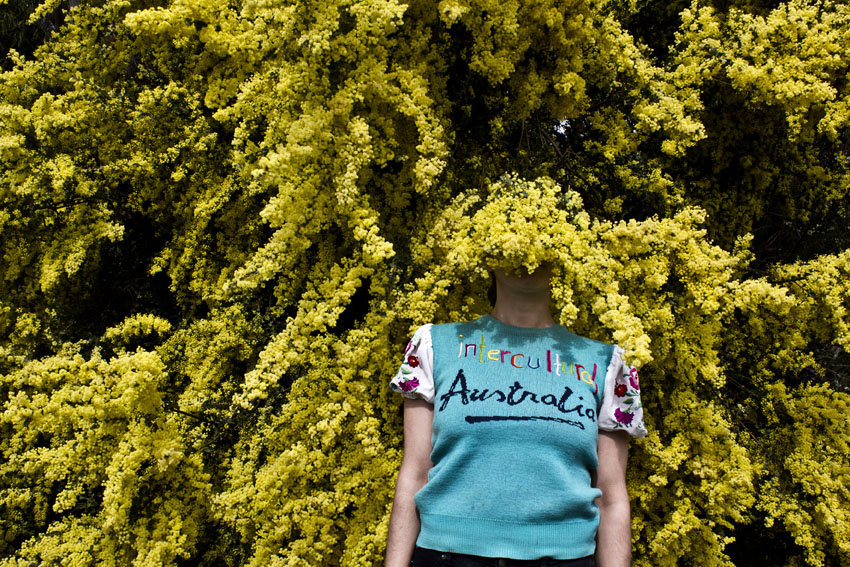 With this in mind, this study shines a light into the particular Tasmanian predicament, drawing upon provocative art works and cultural manifestations that have attempted to address (and decolonise) the hackneyed post-colonial scenario of the Island state (Tasmania). That is, Tasmanian Aboriginal politics – the ongoing dispute about who actually qualifies as and who determines (Palawa) aboriginality. The significance of the cultural anti-venom approach miscère utile dulci, is discussed as a holistic communication theory and most importantly a strategy.  Valetudo is a Latin feminine noun, and carries meaning that contains opposites within: health, soundness, good health, bad health, where medicine can be made from, or, turn into poison; depending on the dose. Anti-venom therapeutics is implicit in the word Valetudo, a vaccination against its own bewildering effects. In Spanish the saying ‘valetudo’ is an expression used for ‘anything goes’ or in a playful way, ‘everything’s worth, or everything has a value’. Valetudo (2013) represents a struggle to communicate with all people, everywhere; its function is to shine light (lux) into the darkest (tenebrae) places.

This inquiry draws upon an array of critical viewpoints, which embrace both highly political and deeply personal fictions, allowing us to ponder what might be over the horizon.

[A version of this was published – as – Mauro-Flude, Nancy (2020) ‘Is That All There Is? The Critical Role of 21C Mediums’. NiTRO 32, The Australian Council of Deans and Directors of Creative Arts. December. Ed. Kit Wise. ] …I stood there shivering in my pyjamas and watched the whole world go up in [...]

“The one who understands is not extracting from the abstract from out of the tone, the rhythm, and the cadences the noise internal to the utterance, the cacophony internal to the emission of the message. He or she is also listening to that internal noise – the rasp or smouldering breath, the hyperventilating or somnolent [...]

Are we tired of talking about the obvious value of culture yet? If indeed, according to the Australian government, that art is useless and culture has absolutely no value, this coven of creatives are brought together to plot an imaginary revenge that involves feminist futuring, witching brews, holograms, assassin laundromat cells and economythologies. Shall we? [...]