she’s a lying ass hoe in the age of information 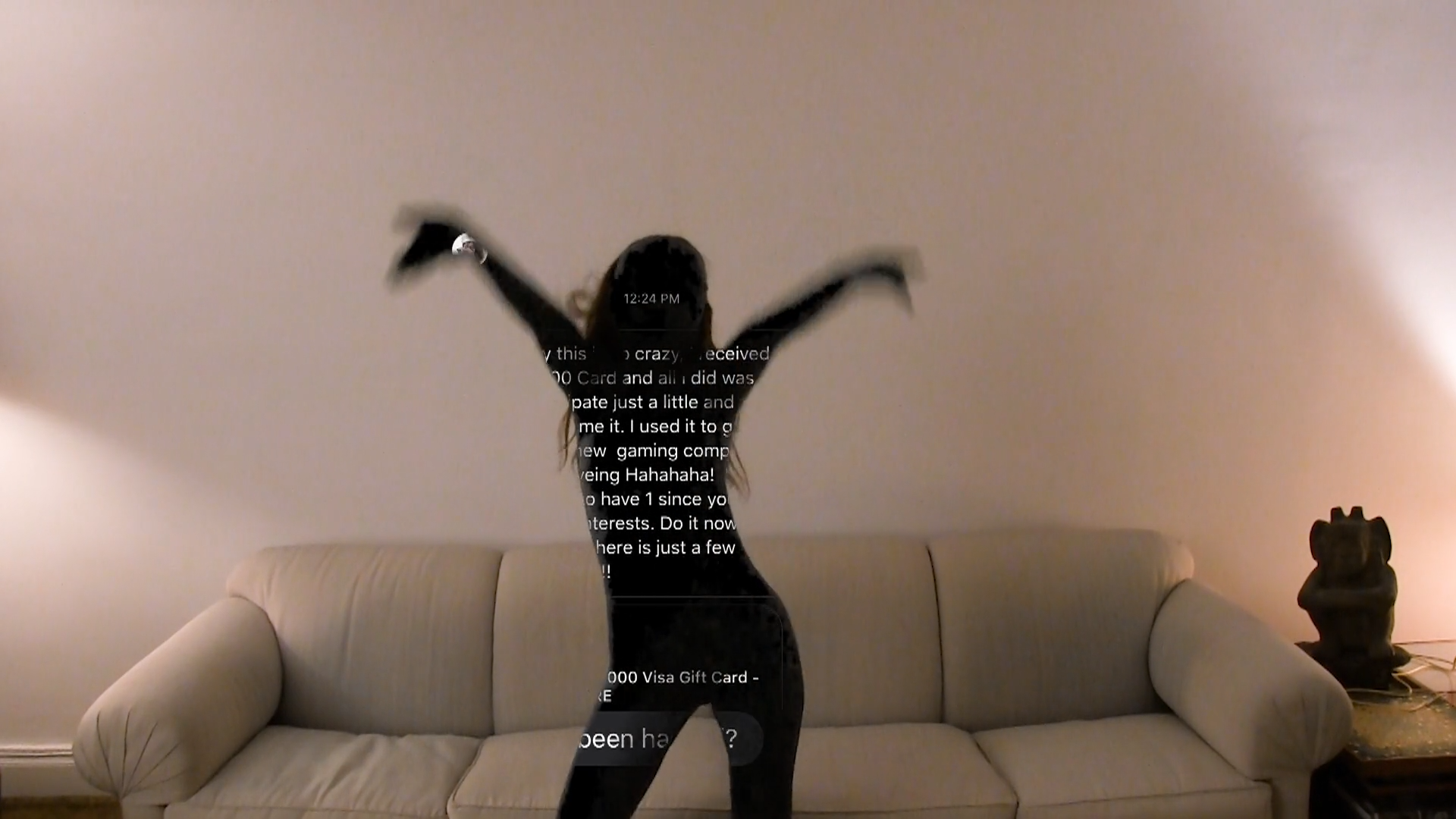 At the end of 2019, my instagram was hacked, and the hacker sent the following message to all of the people I followed: Hey this is really nuts! I just got sent a 1,000 dollar card and all I did was Participate a little bit and they sent me it. I used it to grab a new flatscreen tv ive been eyeing LOL! I want you to get one beings you share similar interests. Move fast on this thought there is only a few of them left!

I received hundreds of messages from these innocent bystanders informing me that I had likely been hacked. In an attempt to reclaim my stolen identity, I became the physical embodiment of my hacker, with all of these messages buried inside me. By screenshooting all of the messages, in some sense I embodied the kind people who received the spam as well.

Georgica Jane Pettus is an American artist working in time-based media. She focuses on theories of interactivity as they pertain to dance, music, and performance, with a particular interest in approaching collaboration with technology from a humanistic standpoint. Pettus is an MFA candidate at The University of Oxford