A short Hauntology of the Digital

»Mind no longer goes more ghostly than a ghost«

The specter of control is a small icon, not bigger than the usual app-sized picture you see on your smartphone’s screen, a notification that something significant (at least to you) happened on Snapchat, naturally making a yellow, encircled ghost appear. In this context, it can be a symbol for the imperative to connect, to immediately reply––or simply the symbol of a remarkably successful platform and, thus, the data economy or surveillance capitalism as such: 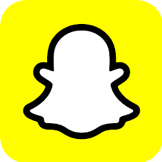 The specters of control come in various forms and shapes. Sometimes, a digital specter reaches you in the form of an intergalactic explorer nudging you into health challenges in a nation-wide health promotion initiative, a small, cute, cuddly friend looking like a mixture of a raindrop or a cute ghost. It’s not really a ghost, but it is still somehow reminiscent of one: 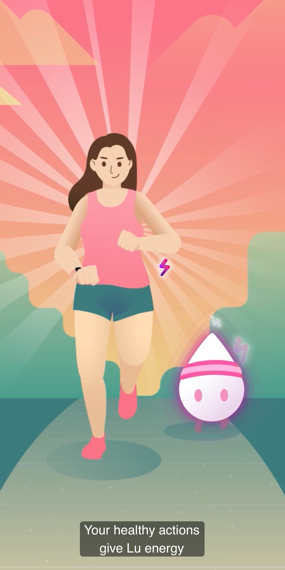 In other instances it is a popular emoticon that you don’t exactly know how and when to use or how and in which context it is being used by others, in short, what it signifies: 👻. Yet people love to use it (it’s in the top 100 of the most popular emojis). This one even comes in various forms and is known under several names, such as “Disappear”, “Ghoul”, “Halloween” or “Ghost” (the latter is Apple’s name for it). 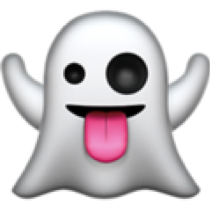 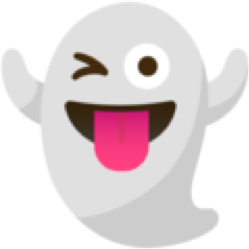 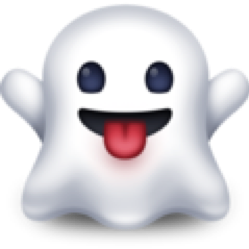 The specter of control can also manifest itself in the praxis of ghosting someone or in being ghosted by someone on social media, or on a messenger app. It can haunt you as the image of a ghost in front of a gray background suddenly appearing on your Signal app once a user has deleted his or her account.

(screenshot by the authors)

It takes the place of what has before been an individual profile picture or a collection of individual profile pictures. It’s the ghost presence of someone who was once available, who is now unreachable via this channel, who is absent. A presence of absence whereby all absentees are replaced by the same ghost. “What is the being-there of a spectre?”, asks Derrida in a different, but well-known hauntological context, “What is the mode of presence of a spectre?” He continues:

“If there is something like spectrality, there are reasons to doubt this reassuring order of presents and, especially, the border between the present, the actual or present reality of the present, and everything that can be opposed to it: absence, non-presence, non-effectivity, inactuality, virtuality, or even the simulacrum in general (…).”

The specter of control is both absent and present at the same time. It can be the feeling of a spectral presence, a form of hauntology of the digital. It is either the feeling of seeing an offer on Facebook that matches your interests perfectly, or being haunted by the same adverts even days after you’ve made the exact purchase because obviously the algorithms aren’t smart enough and intelligence is not artificial. It’sthe feeling then––or more adequately, the immediately felt knowledge––that technology is neither objective nor neutral but that it is still judging us, some of us more than others. The specter of control can then refer to the uncanniness of spectrality as such. Not least, it can be the uncanny feeling of already knowing what your friend will you tell you as your newsfeed algorithm is so similar.

Moreover, the specter of control can be felt as the equivalent to ghostwriting on Twitter, “ghost tweeting,” as it were, when someone is professionally tweeting for someone else without claiming authorship. It is, also, the cloud that is much more than a cloud, it’s not knowing what exactly Google X is, and sometimes, the specter of control can be a shadowy tech company. “Spectre IT (STL), a Prepaid Financial Services (PFS) Limited Company, is a Malta based software development company. The middleware solutions developed by STL and in use by PFS encompass a collection of core integrated technology modules for provisioning prepaid card services from front-end to back-office with integrations to a multitude of Issuers, issuing processors, card programme managers, card programs and acquirers, cash top-up networks and service providers.”

The specters of control can also take the form of the security vulnerability “Spectre”. As is summarized on Wikipedia, SPECTRE “affects modern microprocessors that perform branch prediction.[1][2][3] On most processors, the speculative execution resulting from a branch misprediction may leave observable side effects that may reveal private data to attackers.” SPECTRE even comes with its own somewhat witchy logo: 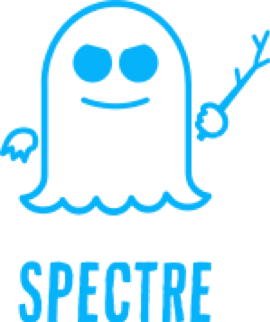 We might be afraid of this one but there are also friendly ghosts, such as “Ghostery”, a privacy browser extension that gives you the power to block ads, stop trackers: “Ghostery demystifies online privacy by exposing the forces that lurk behind your screen and enabling you to block them.“ As Derrida writes in Specters of Marx:

“As it has never done before, either to such a degree or in these forms, the politico-economic hegemony, like the intellectual or discursive domination, passes by way of techno-mediatic power––that is, by a power that at the same time, in a differentiated and contradictory fashion, conditions and endangers any democracy. Now this power, this differentiated set of powers cannot be analyzed or potentially combatted, supported here, attacked there, without taking into account so many spectral effects, the new speed of apparition (we understand this word in its ghostly sense) of the simulacrum, the synthetic or the prosthetic image, and the virtual event, cyberspace and surveillance, the control, appropriations, and speculation that today deploy unheard-of powers.”

The immanent spectrality, or, as Derrida would say, the spectral effects of digital cultures provoke the question of whether there are too many ghosts on the Internet. Often, one is reminded of a prominent verse:

Digital ghosts come in many forms and shapes, and there are many of them, haunting us in various ways. In any case, these are the spectres of control––or some of them, the list is long. To be continued… Gespenster gehen um im Digitalen.