Since March 2022 an artist-led online video initiative started to operate from the art academy in Krakow called UKRAiNATV. Earlier, we posted an announcement of them, here on his blog. Since a few days there is now is an official website now with basic information about the initiative, including links to their work. Also, a proper, open website of this network is in the making. In the coming period, UKRAiNATV will support artists still based in Kyiv to set up a similar studio. There is urgently equipment and money necessary to make this happen. There’s already a possible space and basic crew so things are moving. If you want to collaborate, donate and get involved, please contact Rom (Roman Dziadkiewicz) at <dziadkiewicz@o2.pl>. More info in English, Ukrainian and Polish here: https://www.intermedia.asp.krakow.pl/ukraїnatv.
In early December I visited Krakow and made some pictures of the studio, the technical setup and the crew during a live webcast of a performance by a Ukrainian DJ, Artur (see below). /Geert

UKRAiNATV is an experimental, collective and cross-sectoral project in the field of media culture. It deals with new relational strategies and new HYBRiD production forms in the area of hybrid PRESENCE. It’s an Internet TV station specialized in building live audiovisual bridges, a multi-channel streaming hub, a recording studio and glocal network, all at once. And last but not least a group of people…

UKRAiNATV is an open collective, crew of artists, media freaks, activists, researchers, musicians and DJs from Ukraine, Poland, Belarus, Italy and multiple other countries – persons in need, refugees, nomadic artists, techno freaks, ex-pats and migrants that do not feel safe to express themselves freely in their own country or states (taking this term in all meanings) and who are finding new opportunities in these experimental frames.

UKRAiNATV is experimenting with tactical media and realities, mixing used and brand-new equipment and concepts, creating one-off blends of the real and the virtual, online and offline. It is a GLOCAL, hybrid and collective melting pot of people, machines, ideas, identities and signals that we mix in real-time and send all around the world from our base at #StreamArtStudio, an interactive TELEViSION projected for the future (which is in fact our presence).

UKRAiNATV operates in the shadow of WAR and geopolitical tensions. But what we try to achieve is to build up SOLIDARITY, EMPATHETIC and SAFE SPACE-TIME for endangered minorities, avatars and colourful freaks from our intergalactic locality.

We are here – on the Internet – and here – in Krakow, Poland, Central Europe – in the hot spot of geopolitical tensions between West and East, the Nord and the South – mixing PRESENCE, present, past & future – our private and intimate testimonials and social, political and cultural contexts.

UKRAiNATV is also a hub for transitions – transnational, transmedial, transdisciplinary and transcultural, offline and online, connections with OTHERS. We build up media bridges, test and invent tools for hybrid TOGETHERNESS. We link our activities with parallel practices all around the world collaborating with people, collectives and institutions, for example in Kyiv, Amsterdam, Vancouver, Milano, Warsawa, Nancy and many, many other cities.

UKRAiNATV was born a few days after the 24th of February 2022, at the start of the Russian invasion of Ukraine, when full-scale war began. We have started our daily activity – producing footage testimonies of that time, connecting people in Ukraine, Krakow and all around the world, doing weekly live streams and organizing essential support during this humanitarian crisis

And lastly, UKRAiNATV is also fragile and unstable, just like our times are. It is an artistic, social, political and research-based project in one. We are arguably one of the poorest television networks in the world – and among the most experimental ones.

The Krakow-based StreamArtStudio is the cradle for UKRAiNATV. It is the host x lab for the #StreamArt experimentation and hybrid production. It’s a PLACE of PRAXIS and reflection. #StreamArt is our elaborated, original concept which treats live-streaming along with streaming media and tools as a unique and autonomous ambient for artistic experimentation: meeting people, time-spaces, machines and data. The intersection of #StreamArt, virtual production and the hybrid presence is an area in which we have been working during an intense process of experimentation for, at least, several years now. We develop know-how, technologies, formats, forms and relationships. We mix the dispositions of people, machines and AV signals.

Firstly during the pandemic and then next, in the context of the War in Ukraine, we intensified our practices, which were in fact already begun before the lockdown and helped us see more clearly the directions of the research and new needs, simultaneously with the development of our main project, UKRAiNATV.

As it stands, we aim to create a decentralized network of similarly operating initiatives, hubs, pop-up studios, institutions, organizations and collectives. We are building RElationALITY 2.0 of people and non-humans, and rebuilding INSTITUTIONALITY in a media culture context colonized by digital feudalism. We are asking and searching for new, emancipatory and adequate forms of production and distribution of content in the field of digital culture.

As an example, here is the UKRAiNATV episode from December 22, 2022, with material from the Krakow visit of Geert Lovink: ” (1) The live-act by FED and GEERT LOVINK; (2) conversation between GIULIA TIMIS and GEERT LOVINK about being meta x off-line; (3) And next – surprise song from an unexpected magic night session with ALCHEMIA OKA, who, for sure will return to us in the new season, very soon… And (4) finally – a Xmas party, which is actually a preview of the hot SET by FAT FRUMOS, which will soon be fully on our channels, soooon… Stay tuned, and leave like x hugs x SLAVA! <3″ 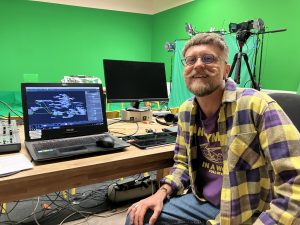 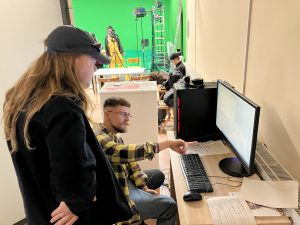 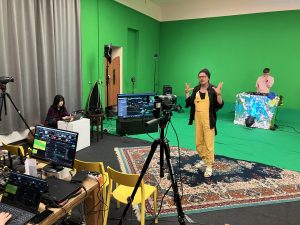 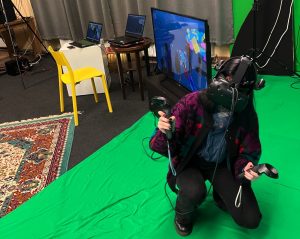 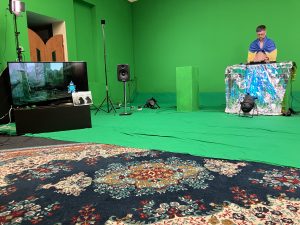 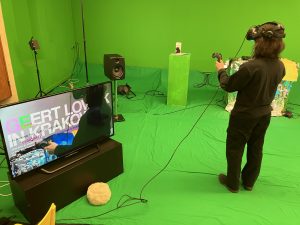 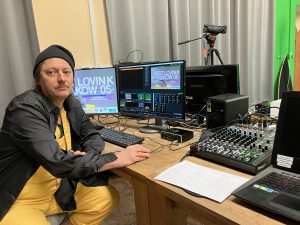 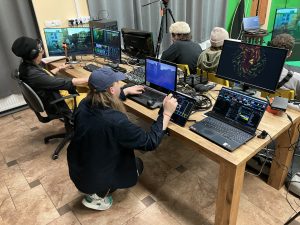 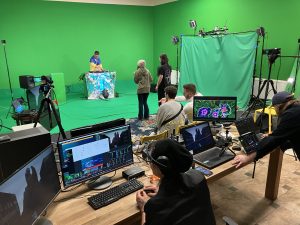 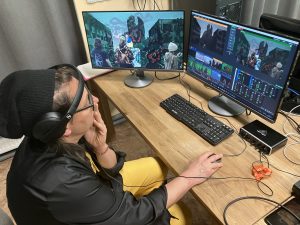 Giulia Timis: Media Responsibility or How Not to Get Stuck in the Indie Bubble

Since November 2022, I have been collaborating with UKRAiNATV, an independent webcasting initiative that supports a network of Ukrainian artists. I first met with Roman Dziadkiewicz, a researcher at the ASP art academy in Kraków and the mind behind UKRAiNATV, while I was searching for support to exhibit at Milan Digital Week. The project was [...]

Dispatches from the Place of Imminence, part 13

After clocks are set back one hour, Olya and I are more comfortable running at 6am: we leave while it’s still dark – no streetlights, of course, in the times of blackout – but already within next ten-fifteen minutes, when both of us reach our meeting spot near the park, the darkness is gone. By [...]