The difference between technology and slavery is that slaves are fully aware that they are not free, Nassim Nicholas Taleb once wrote.

A Lebanese American mathematical statistician and essayist concerned with problems of randomness, probability and uncertainty, Taleb has a good point. We are not fully aware of what tech is doing to our life, let alone to our death. After having gained a 24 h control of our daily existence, data capitalism is now taking over our digital afterlife. An increasing number of tech start-ups suggest they could take care of our ‘digital estates’ once our physical bodies have dissolved.

MyWishes, for example, helps planning a digital afterlife offering services such as the ‘goodbye messaging platform’ which sends pre-planned messages to your loved ones after your physical departure, and the ‘advance care planning’ allowing you to share your health and social care preferences, including special care that you would like to receive at the end of your life. 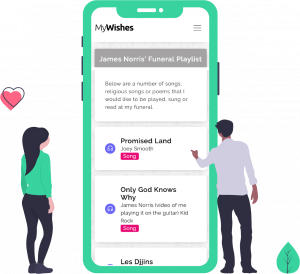 In her research Tamara Kneese, an Assistant Professor at University of San Francisco and author of the upcoming book Digital Remains: What Social Networks Leave Behind (Yale University Press), highlights the role of emerging figures such as the ‘death doulas’, people who help planning end-of-life experiences. Like Alua Arthur, founder of Going with Grace, “an end-of-life planning and death doula training organization that exists to support people as they answer the question ‘What must I do to be at peace with myself so that I may live presently and die gracefully?’”. 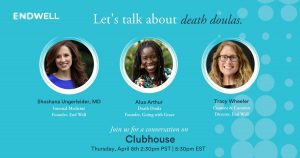 In Your Digital Undertaker: Exploring Death in the Digital Age in Canada, Sharon Hartung, a retired aerospace engineering officer from the Royal Canadian Air Force and former technology executive from IBM, shares in a witty and humorous style her tips about the estate industry and the taboo topic of preparing for one’s own death. “Preparing for death doesn’t need to be scary or foreboding. It can actually be liberating and energizing, she writes.

Besides being ‘liberating’, it can be something needed if you want to protect “what is most important to you and to those you care about”, Megan Yip’s law office highlights on its website, advocating for a careful planning regarding digital assets in the afterlife. “This isn’t about sharing passwords with a family member or business associate in case of death or incapacity. Did you know that without an official asset transfer and explicit written permission to use someone else’s password you may be breaking the law? And even if you do take the step to buy a legal product off the shelf, there are no longevity plans for such offerings. Do you really want to put your family memories or your professional life’s work into an online vault that may or may not be around in a decade?”, writes Yip who is a legal services attorney and a former Twitter executive, one of the first specializing in estate planning and post-death administration.

The unpredictability and precarity brought by the Covid-19 crisis might have accelerated this emerging trend of planning for the afterlife and wishing to manage one’s own digital properties after death. Articles giving tips on how to hold a virtual memorial service on Zoom or other video sharing platforms have mushroomed since the outbreak of the pandemic, and companies are getting organized and offering online funerals. 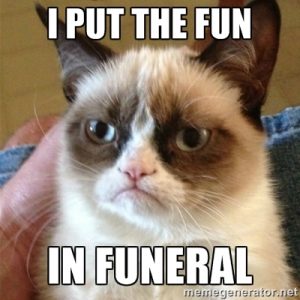 Microsoft is capitalizing on the longing for the lost loved ones, experimenting the possibility of ‘digitally reincarnating people’ in the guise of chat bots.

“The system would use ‘social data’ such as ‘images, voice data, social media posts, electronic messaged [and] written letters’ to build a profile of a person”.

Exactly like in Black Mirror’s episode Be right back, social data would be used to aggregate and (re)build the dead person’s personality and train the chat bot to interact exactly as if it were your loved ones, resurrected from their afterlife.

In the post-pandemic world Black Mirror has turned into a dark documentation of our everyday life rather than being the sci-fi dystopia it was at the time of its original release. Discussing Be Right Back, its creators declared that they were inspired by the question of whether to delete a dead friend’s phone number, and by the idea that tweets could be posted by bots and automated software mimicking dead people. Tech companies like Facebook have already found answers to these questions and introduced the ‘memorialize’ function. A memorialization request exists on the social platform that can be filled by a family member or a friend of the dead person to put the account into a special ‘memorialized state’, “unless the person has requested to have their account removed when they pass away”. Twitter’s policy, instead, is to take down accounts after some months of inactivity. 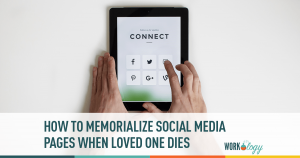 This, however, does not solve the problem of automated software tweeting on your behalf even from the afterlife, as the case of Islamic Prayer Apps featured in an enlightening article by Carl Ohman, Robert Gorwa and Luciano Floridi shows. These apps, automatically posting prayers on users’ behalf, would generate – according to Ohman, Gorwa and Floridi’s analysis- a sheer volume of traffic, a number of around 1,9 million tweets per day only in the case of Du3a, a popular Islamic Prayer App.

According to the article, “a single automated prayer app generated almost as many tweets in 2 days as accounts believed to be automated did in the whole week leading to the US election”.

Ohman, one of the three authors who is a lecturer at Uppsala University Media and Comms, believes that the phenomenon of the Islamic Prayer Apps, which is widely spread amongst Egyptian and Saudi users, highlights that we should rethink the way in which we understand ‘low automation’ (automation that does not require hi-tech tools or advanced skills) and review our assumptions when it comes to afterlife planning and administering digital estate.

“We are inclined to conceptualize post-mortem care mainly as a Western, secular thing. Actually, it is rather an African and South Asian phenomenon”, he underlined yesterday at the seminar ‘Emerging Technologies, Personality Laws and the Dead Modern Law Review’ organized by Aston University, Newcastle University and Southampton University.  The (online) gathering, led by the brilliant Edina Harbinja, a senior lecturer in Media and Privacy Law who has authored a number of publications on the topic of post-mortem privacy and digital property regulation, featured prominent scholars in the fields of media, law, philosophy and psychology discussing timely topics such as the theoretical, social and legal justifications for the privacy of the dead, and emerging legal and technological frameworks for the protection of post-mortem privacy and digital assets.

Going back to Ohman’s point, this is by far not just a concern of the secular West. One of the core functions of the Islamic Prayer Apps, in fact, would be to continue posting on users’ behalf even in their afterlife. 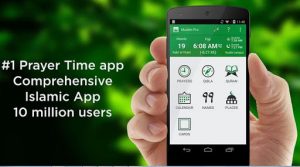 “Register now so your account would tweet now and after you die”, states Zad-Muslim.com. And Du3a.org assures that, after signing up, “your account will tweet in your life and in your death”, which is particularly meaningful in the Islamic faith, since judgment is not believed to be given immediately upon death.

While Islamic scholars debate on how to interpret this, most of them “agree that the reward of the afterlife, at least to some degree, is subject to posthumous improvement”.  Ohman, Gorwa and Floridi conclude that this would play in favor of specific tools such as Islamic Prayer Apps, and of automating religious practices in the afterlife.

Considering that there are approximately 1.9 billion Muslims globally, it may be worth investigating this phenomenon further, and also -as Ohman suggests- looking at the increasing attention given to afterlife planning and care for digital assets not just as a sign of a cynical and peculiarly Western uber capitalist attitude, but as a more comprehensive occurrence becoming an integral part of our all-encompassing digital experience.

Technology can turn us into zombies, as Concordia University student Aaron Ansuini bitterly discovered. While searching for the email address for his professor Francois-Marc Gagnon, he instead found his obituary. The long-time lecturer in Art History was teaching a full online class in Spring 2021 even though he died in 2019. A university spokesperson defended [...]