Warning: objects in this mirror may not correspond with reality 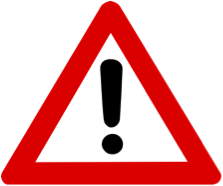 We all have those ‘friends’ on Facebook that splatter their daily lives all over the Facebook walls. They display their daily lives in an overly positive and exaggerated way in an attempt to make even the most common activity seem more interesting than it actually is. Although we generally find this behaviour annoying and have a good laugh about it with others, in some degree we might secretly recognize this behaviour because it is the kind of behaviour that Facebook in particular and (most) social media platforms in general are cultivating.

Nowadays technologies have the ability, or better said, the power to recreate and actively construct reality, which continuously influence our ideas of ‘the social’. Therefore we need to ask ourselves: what kind of ‘social’ are they actually creating? While Mark Zuckerberg’s dream is about sharing our lives and creating a social and connected world, we actually see a paradox arising. While everything seems worth sharing on Facebook, at the same time nothing is good enough and everything is pimped up as a result of something that I refer to as digital narcissism. The line that separates sharing from showing off becomes thinner and thinner, which means that the digital images of ourselves are mostly depicted as better than they actually are which creates an enhanced and augmented mode of reality. In my opinion this is not a development that should be encouraged.

Nick Bilton from The New York Times sarcastically writes about a “borderline Digital Narcissistic Personality Disorder” that is currently fed by one of Facebook’s newest features called the Timeline. He writes: “Don’t get me wrong, I like seeing pictures of myself just as much as the next nerd, but Facebook’s Timeline takes self-obsession to a level that feels too egocentric”.  Who doesn’t sometimes catch themselves admiring their own profile first when logging into Facebook before actually looking at other profiles?

So why do we fall so easily in love with ourselves with the help of social media? If we should believe psychoanalyst Jaques Lacan, it’s human nature. When a child looks into the mirror, it will begin to identify itself with his ideal self and simultaneously hopes and desires are being projected on an image; the child’s mirror being. Our digital Facebook identity could be perceived as such a mirror being, a projection of our ideal self. Referring to Eli Pariser metaphor in his book The Filter Bubble (2011), we are in need of a healthy diet when it comes to self-expression. Facebook on the other hand takes advantage of our sweet tooth and (without much resistance) feeds us with too much dessert instead of the vegetables we actually need for a healthy balanced social life.

While this seems a bit exaggerated, we should take this phenomenon seriously because it could be responsible for creating blind spots when it comes to our online privacy when using these social media platforms. To put it bluntly, Facebook takes advantage of our narcissistic nature in order to gather information for commercial use without large-scale resistance. The same way as children don’t worry about tummy aches when eating candy, Facebook users don’t worry about their personal data while ‘Facebooking’. It is no wonder that Facebook is often regarded as being addictive; always longing for more likes, more friends, more attention.

The question remains: how do we cure our narcissistic behaviour, or can’t we? It is time to start critically looking into the mirror instead of admiring it and see how social media like Facebook have turned us into self-loving subjects.