This panel session was pretty intense, as was the following debate. Below an overview of each presentation. 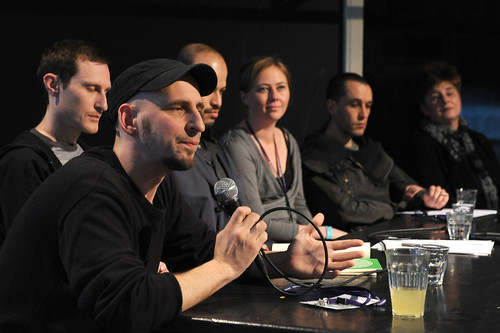 Elijah Sparrow‘s speech was focused on presenting the Crabgrass platform, a social network for activist groups currently in an early alpha phase, but nonetheless serving some 30.000 users already. Theoretically based on a very specific idea of networking (decentralized, supporting labor-sharing and alternative economies), Crabgrass is a software libre that provides tools specifically designed for the needs of groups, rather than individuals. Sparrow defines the 10-people staff running the service as “organization-obsessed anarchists”, working on a combination of paid and unpaid labor and relying mostly on small private donations.

Spanish information activist Spideralex focused her presentation on the problems a decentralized collaborative project such as Lorea (a “hotbed of social networks” and a community of some 50.000 members) has to face. Not only did she discuss the technical and financial difficulties which many speakers pointed out, she also stressed the need for a stronger grip of developers on the desires of their user base, rather than protocols alone. Since what her team is interested in is sustainability models and not business models, illegal, unprofitable, and controversial solutions are often on the right track. 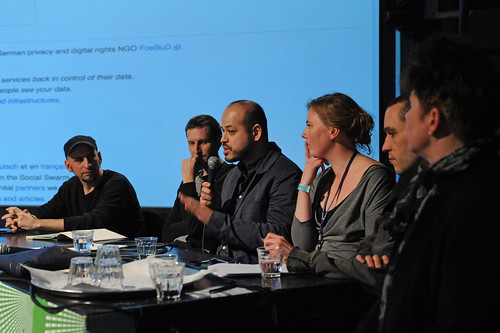 James Vasile‘s presentation was centered on the Freedombox, a modem-like box that “decentralizes information.” Namely, the tool takes care of a series of issues the average user cannot really manage: privacy, security, anonymity, and so on. By using freely accessible open-source software, Freedombox encrypts messages and browsing, blocks ads, rejects cookies, manages social keys and provides tools for file sharing and so on. The box provides a standardized infrastructure and a simple interface for tricky matters like encryption, but its makers are not going to be the ones selling it. As a non-profit organization of social integrators, like Vasile defined his team, they are basically making a prototype available for other people to build a market on. 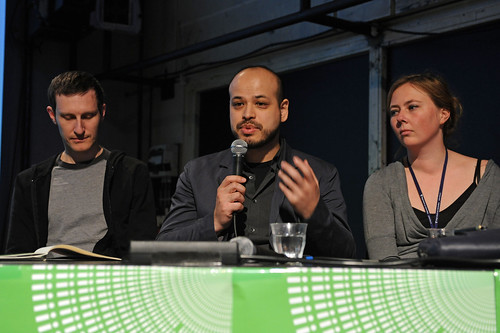 Michael Rogers was very theoretical, breaking down the foundations behind the Briar project, a “secure news and discussion platform that will enable journalists, activists and civil society groups in authoritarian countries to communicate without fear of government interference.” The Briar software will allow people to establish communication networks on a wide range of media (not only internet, but BlueTooth, WiFi and USB sticks) in a secure way.
One of the main points in Rogers’ speech was that lack of privacy and the subsequent paranoia can lead to retreat from political action, which needs a certain level of anonymity in order to fully express its potential. Instead of a social network based on individualist narcisim, Rogers and his partners argue for a more relational identity, making the best of networks as collective entities.

Carlo v.Loesch (lynX) gave the most technical presentation of all. His project, Secushare, is a framework for a social network that uses encryption in order to keep information private and distributed, while still relying on servers for efficiency. He stressed the importance of servers in the imbalanced relationship between users and providers, and announced that he has brought a proposal about server-based privacy to the Pirate Party in Germany. 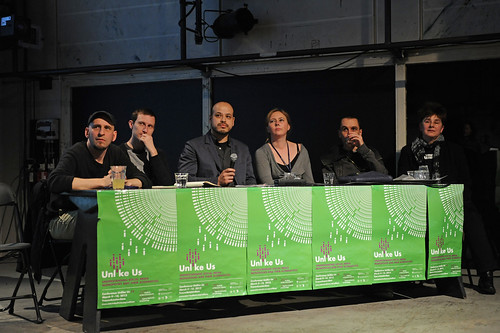 After a short introduction of Social Swarm, a German project also focused on decentralized social networks, with relative Wiki and call to collaboration, the actual debate began. Several people from the audience intervened, many of which concerned with issues of financial sustainability. At the question: “Who’s going to pay the developers?”, James Vasile said his foundation will only act as a mediator in terms of services. Perhaps Elijah Sparrow best expressed the concept with another question: “Can the Internet become civilized?”, to which he sort of replied himself later: “There’s no free lunch on the internet, people on the long run are gonna have to pay for what they use.”
Another conversation-maker was Harry Halpin’s provocation: “Why not making one working alternative to Facebook, instead of 30 non-working ones?”. Some speakers replied that people want to choose and difference is healthy, while Carlo v.Loesch ironically remarked that “maybe our collective intelligence is not that intelligent yet.”