The tools of the web pose unique opportunities to transform overarching political structures, spawning real and positive change at a fundamental level. Rounding out the second day of Unlike Us #3, Spanish activist Simona Levi took the stage to reflect on what we’ve learned from the internet and how this might be extrapolated to all spaces of struggle. More specifically, she emphasised the power of the social network to reconfigure existing paradigms and cultivate a more democratic system of governance. 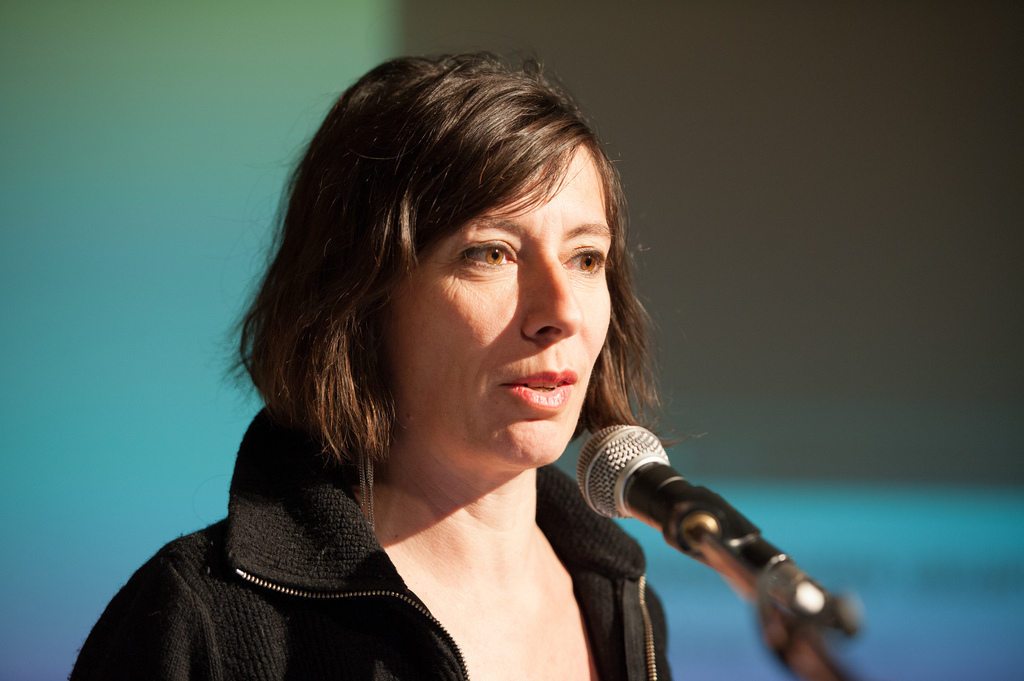 The immense pervasion of centralized organizations is such that we have traditionally accepted them as the norm. Levi argued that by using the internet we are starting to appreciate that no one node is more important than the others, with this novel perspective creating greater potential for the individual as a catalyst.

Much of Unlike Us has focused on comparing and contrasting various social network topographies, however Levi stressed that they are all just tools and that it is difficult to draw meaningful distinctions from this perspective. Decentralized networks like Lorea are crucial in enacting radical change, yet commercial and centralized services like Facebook are also useful in that they ensure the message is broadcast to a broader audience.

Of course, such tools are relatively futile without a clearly defined objective. This involves asking who, what, where, when and, most importantly, why in relation to any given course of action. For Levi, the conception and expression of collective identity also marks an important step. Is the movement best understood as a closed group, open group, ephemeral group, anonymous group, lobby group or something completely different?

Then there is the issue of actually spreading the message. While the generation of good ideas is obviously of critical importance, any suggestion of positive action is unavailing in and of itself. Memes need to be shared in order to elicit a meaningful change, but how do we ensure such thinking goes viral? Herein lies one of the great challenges of activism. Levi suggested that our very nature as human beings makes us dependent, obsessive, insecure and, above all, conservative. We’re inherently resistant to change and, as such, the unfamiliar requires extreme effort in terms of both consciousness and will. No substantial transmutation has ever taken place overnight, but this only serves to highlight the importance of political reformers persisting with their efforts.