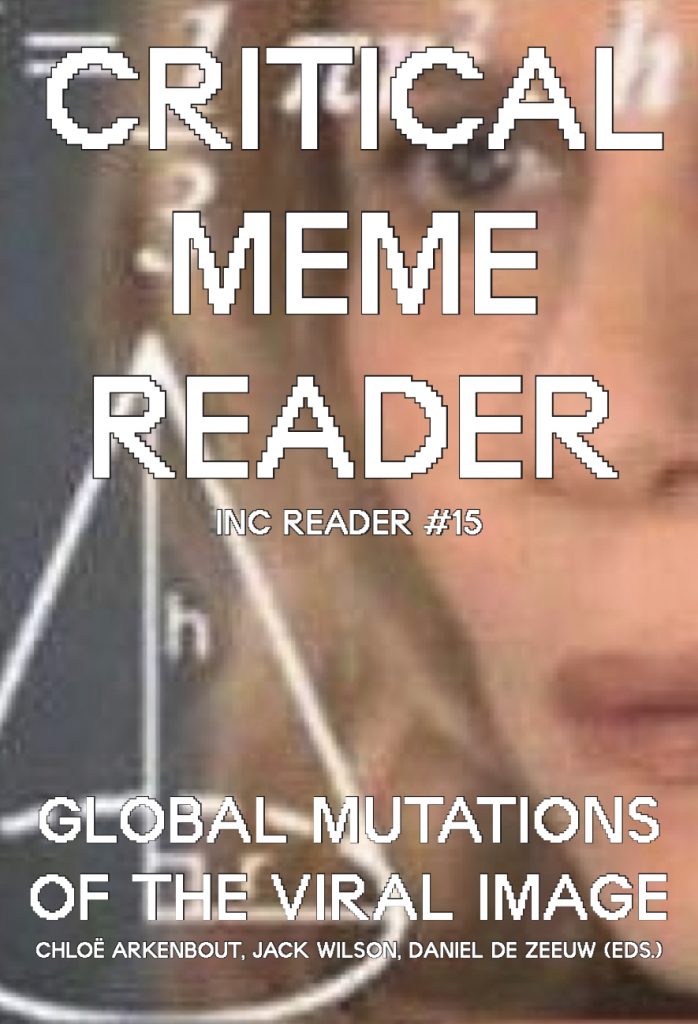 Beyond the so-called ‘Alt-right’ and its attendant milieus on 4chan and Reddit, memes have passed the post-digital threshold and entered new theoretical, practical, and geographical territories beyond the stereotypical young, white, male, western subject. As they metastasized from the digital periphery to the mainstream, memes have seethed with mutant energy. From now on, any historical event will be haunted by its memetic double. Our responses to memes in the new decade demand an analogous virtuality.

This Critical Meme Reader features an array of researchers, activists, and artists who address the following questions. What is the current state of the meme producer? What are the semiotics of memes? How are memes involved in platform capitalism and how do they operate within the context of different mediascapes? How are memes used for political counter-strategies? Are memes moving beyond the image? How can memes be used to design the future? Will there ever be a last meme in history? Together, the contributors to this reader combine their global perspectives on meme culture to discuss memetic subjectivities and communities, the work of art in the age of memetic production, the post meme, meme warfare, and meme magic – varying from reflections on real-life experiences to meta meme theory.

Find more information about the publication here, or download or order the publication for free at: https://networkcultures.org/blog/publication/critical-meme-reader-global-mutations-of-the-viral-image/.

In 2018, the state-supported Saudi Electronic Army created thousands of fake Twitter accounts to promote the veneration of rulers both online and offline. Similarly, in 2017, legislation was put in place where “retweeting narratives that go against the state, the royal family or religion” is seen as an act of terrorism punishable by a thousand lashes and [...]

The power of memes has developed beyond virtual images. The distinction between the virtual and the ‘real life’ no longer applies, or perhaps never really existed. The effects (or should we say affects?) of memes move through digital infrastructures, policies, regulations, agencies, and bodies. How can we democratically and collectively design memes as an active [...]

Several months ago, I was having a conversation with my friend Chloë about the future of memes and she asked me what my favourite meme was. The question stumped me at first, because how could I pick one? My brain is a meme dumpster, where families of memes exist in chaotic harmony, and trying to [...]