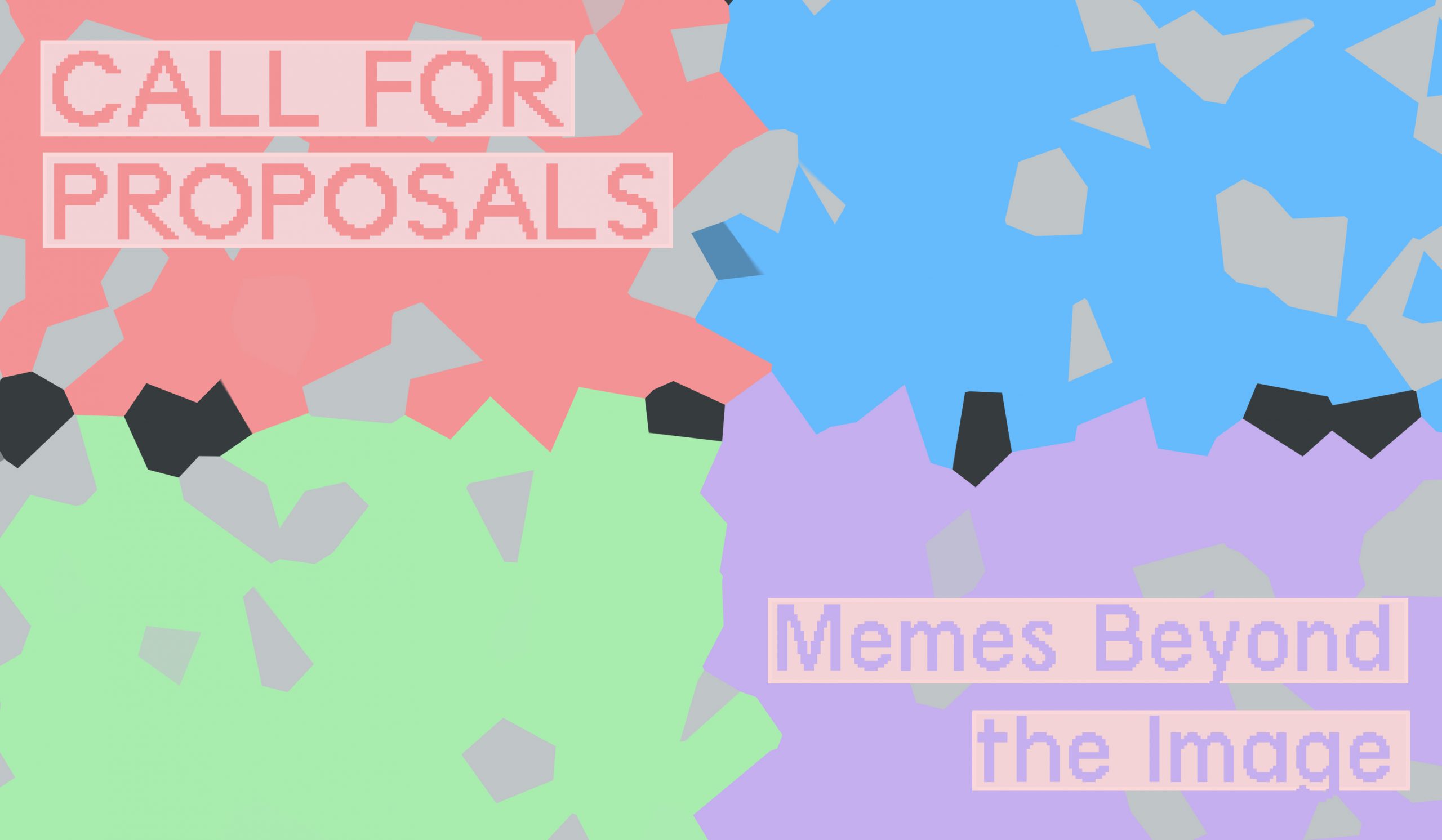 The Institute of Network Cultures is looking for theorists, researchers, journalists, artists, activists, designers and other creatives and thinkers that are working on meme studies and practices, that want to participate in two upcoming events:

The (political) power of memes has moved beyond virtual images. The distinction between the virtual and ‘real life’ no longer applies, or perhaps was never really there. Their effects (or should we say affects) are moving through digital infrastructures, policy, regulations and bodies. If memes are used as a tool by the alt-right to mobilize people to storm the Capitol, can they also be used by the left to spark a revolution, as memetic warfare is more immediate and accessible than real-life demonstrations? What kind of labour would that require? And what if memetic logics of spreading information were applied to spread progressive ideas for a possible future?

Formats could include keynote talks, panel discussions, case studies, interviews, workshops, poetry readings, video essays, art performances, or other yet to be defined formats. We are specifically looking for local perspectives, examples and regional theories from around the globe.

Both events are curated by Chloë Arkenbout and Geert Lovink. Selected participants will be contacted before Christmas. Participation is voluntary but travel fee and accomodation can be compensated. INC is able to assist in finding additional funding and letters for travel grants and VISA invitations can be provided.

During a one day conference at Spui25 in Amsterdam, the INC is hosting three sessions that consist of up to three or four projects, in the following themes: Memetic Warfare, Meme Labour and Speculative Memes. We are looking for proposals for all sessions.

Mapping out the political agency of refusal and exploring its potential to form new socio-political realities, transmediale 2021-22 concludes its year long inquiry with an exhibition at Akademie der Künste running from 26 January to 18 February, and a symposium at Haus der Kulturen der Welt on 28 and 29 January. Investigating how morality and damage are used to order the world, the festival will challenge ideas of technology as smooth and seamless, and highlight the centrality of dysfunctionality in the logics and operations of technology. With a breath of dark humor, impudence, and artifice, the festival asks what possibilities of refusal are there in confronting the realities of technology?

We are looking for creatives and thinkers that are working on similar themes, in the context of the political memetic tacticality, to host a 2-4 hour event (formats are open for interpretation and could include a workshop or panel discussion for example) with us at transmediale studio on the morning of the 27th of January, the day before the official transmediale symposium starts.

Please note that the audience capacity and physical/hybrid/online state of both events are dependent on the current local covid measures. Some flexibility for these projects might be required.

Several months ago, I was having a conversation with my friend Chloe about the future of memes and she asked me what my favourite meme was. The question stumped me at first, because how could I pick one? My brain is a meme dumpster, where families of memes exist in chaotic harmony, and trying to [...]

On the occasion of the launch of the ‘Critical Meme Reader, Global Mutations of the Viral Image’, edited by Chloë Arkenbout, Jack Wilson and Daniel de Zeeuw, we dived into meme studies on the 7th of October at Spui25. Beyond the so-called ‘Alt-right’ and its attendant milieus on 4chan and Reddit, memes have passed the [...]

Le Meme D’Auteur, Or: How We Learned To Stop Worrying and Love Original Content Memes

At the start of the third decade of the 21st century, while internet Memes certainly can’t be considered a cultural novelty anymore, their definition remains as elusive and difficult as ever. According to Limor Shifman, the three main attributes of memes are their gradual propagation from individuals to society, their reproduction via copying and imitation, [...]