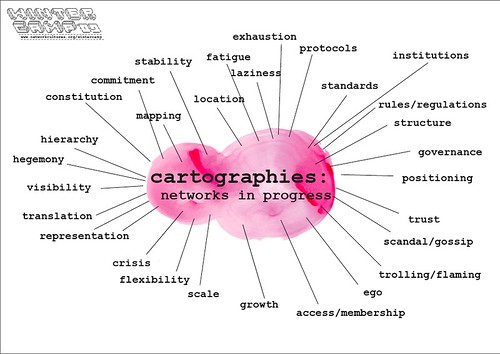 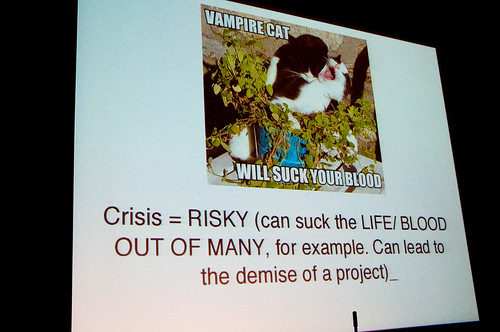 “A crisis is risky and it can suck the lifeblood out of many.”

Gabriela and Jaromil started the plenary session with the following topics/points of discussion: refuse scarcity, celebrate the labour, publish unfinished and embrace modesty. The overall discussion topic of the plenary session was crisis. During a crisis, a network suffers from anger, distrust, being impatient, (growing) pains etc. It is a struggle which every single network has to deal with. As Gabriela indicated there is a typology of crisis and a typology of solutions but for every network a crisis can potentially be productive; through crisis you continue to grow, it is a mode of production. A good comment was made: ‘denying and hiding a crisis is the worst you can do in a network’. I think we all know that networks often are denying, hiding or even are not aware of their crisis, so there is a call to face it, analyse it, evaluate it and share it with other networks. A network could be preoccupied with maintaining itself and then there is a need to break down the ‘wheel’. 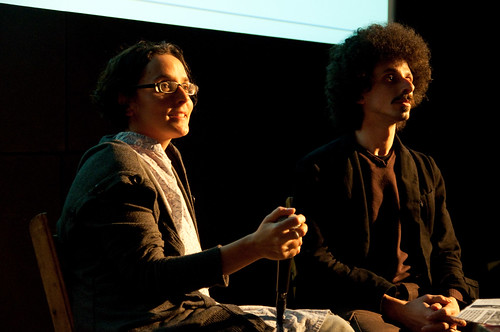 When we have come to the languages of networks “there is a micro-cosmos within Winter Camp.” Clearly there is a certain tension between “the techgroups and the non-techgroups (or the ones who are living in the real world)” (freeDimensional). The impression is that there is an overload of techy-networks at Winter Camp which makes it difficult to find common vision. All different types of networks are having their own language and it is undeniable that the influence of technology is getting more and more important. Networks need technical advice. So invite ‘techy’ networks to come into dialogue in order to benefit from each other, even though they speak another language. Don’t talk from our little boxes. Technology can be of really good use to make changes. 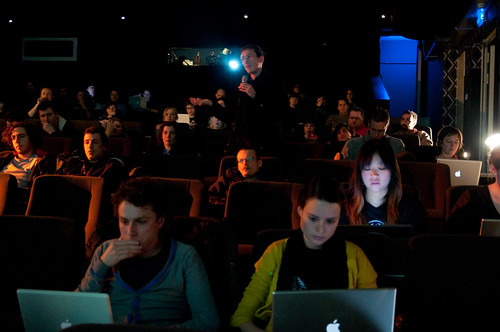