The (political) power of memes has moved beyond virtual images. The distinction between the virtual and ‘real life’ no longer applies, or perhaps was never really there. Their effects (or should we say affects?) are moving through digital infrastructures, policy, regulations, and bodies. If memes are used as a tool by the alt-right to mobilize people to storm the Capitol and play a substantial role in the Ukrainian war, can they also be used by the left to spark a revolution, as memetic warfare is more immediate and accessible than real-life demonstrations? What kind of labor would that require? What kind of tools and principles would we need? And what if memetic logics of spreading information were applied to spread progressive ideas for a possible future?

On the 11th of November, INC invited various theorists, researchers, journalists, activists, designers, and other creatives and thinkers to critically reflect on the tacticality of memes. During a one-day conference at Spui25, we dived into meme activism & political warfare, meme design & labor, and speculative memes &  imaginaries. The Memes Beyond the Image Conference was also the launch of the Critical Meme Reader #2: Memetic Tacticality, which is edited by Chloë Arkenbout and Laurence Scherz.

We hope you enjoy these photos, which were taken by Ray Dolitsay during the event, as much as we do. 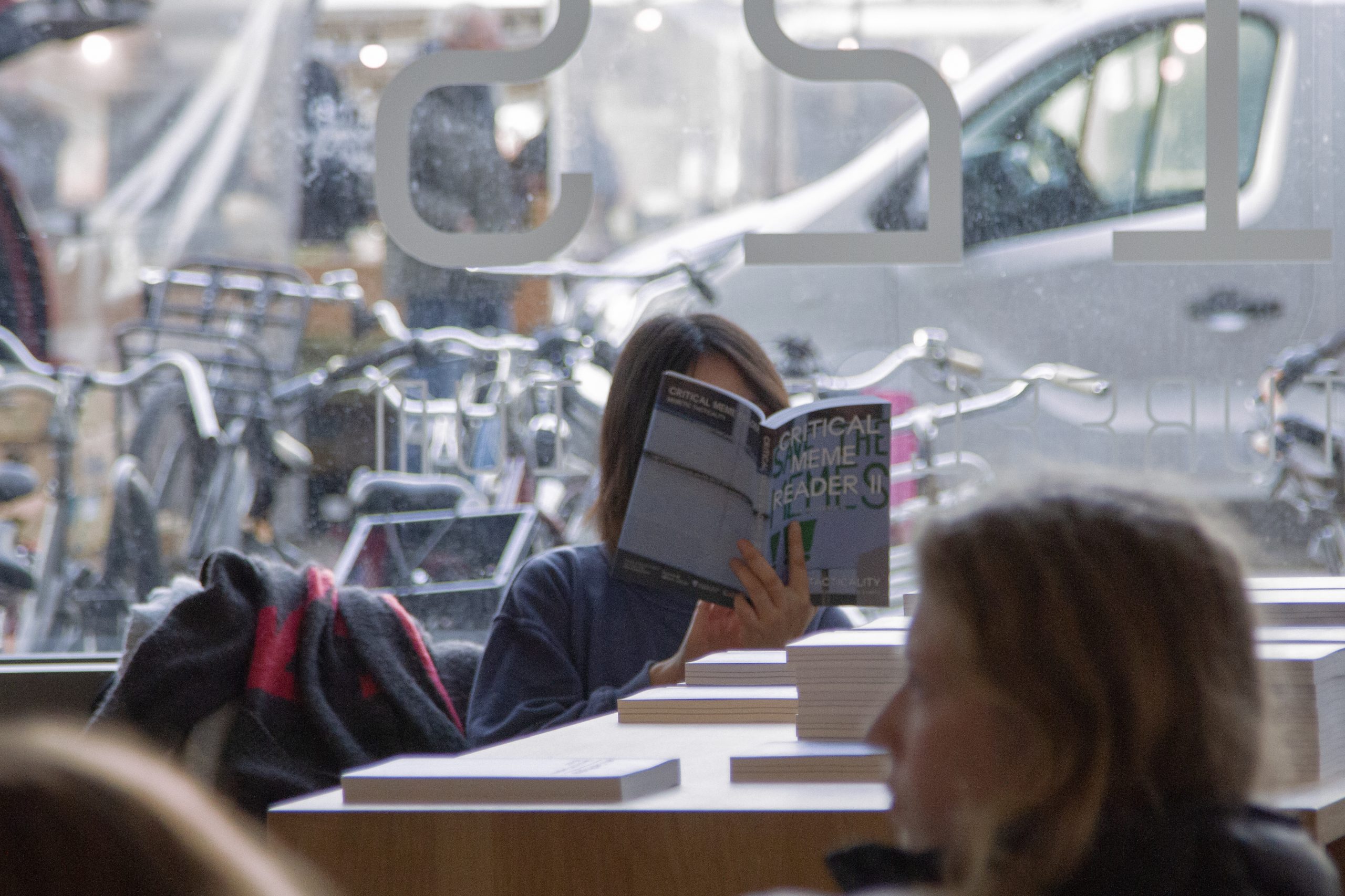 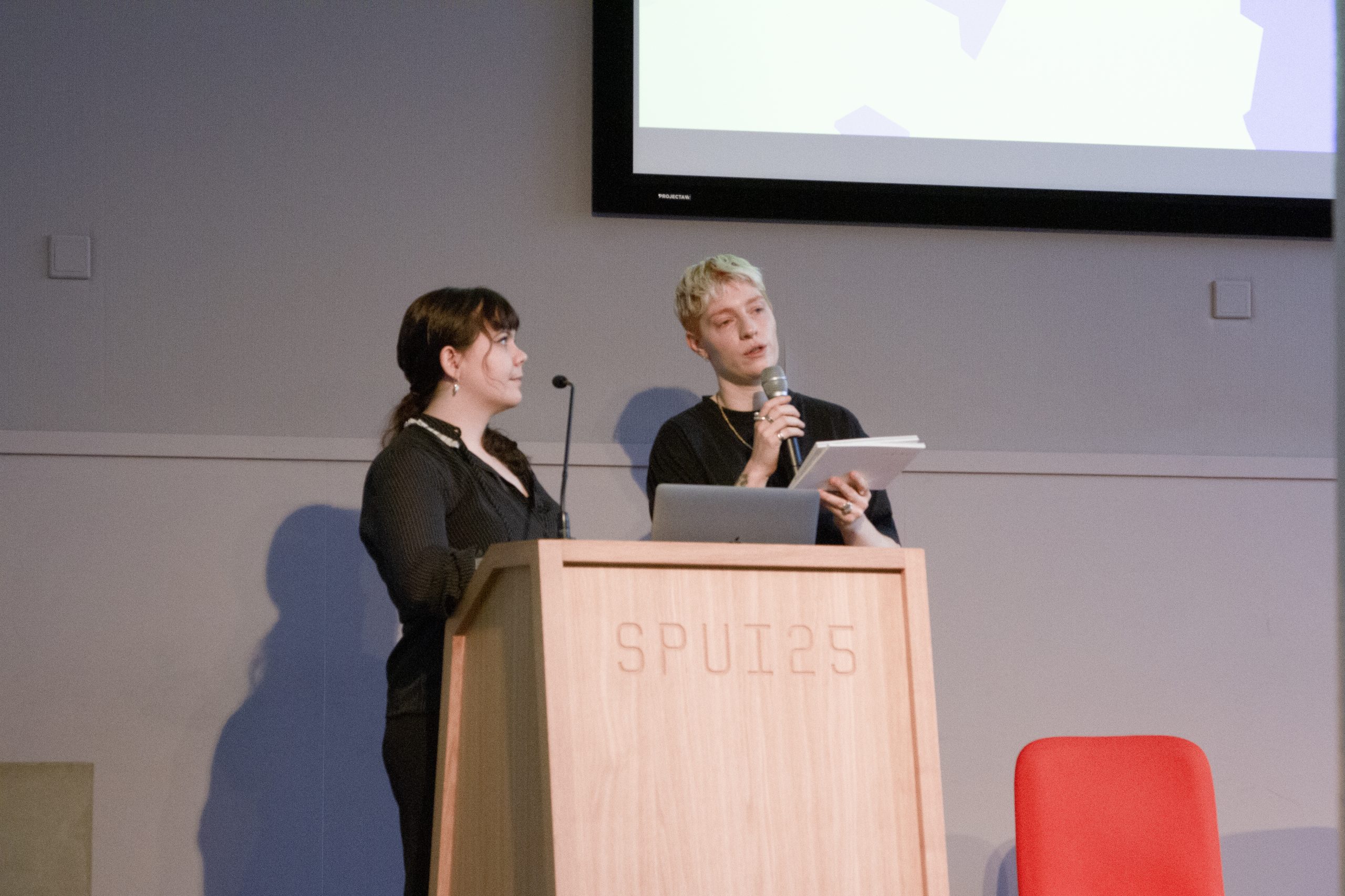 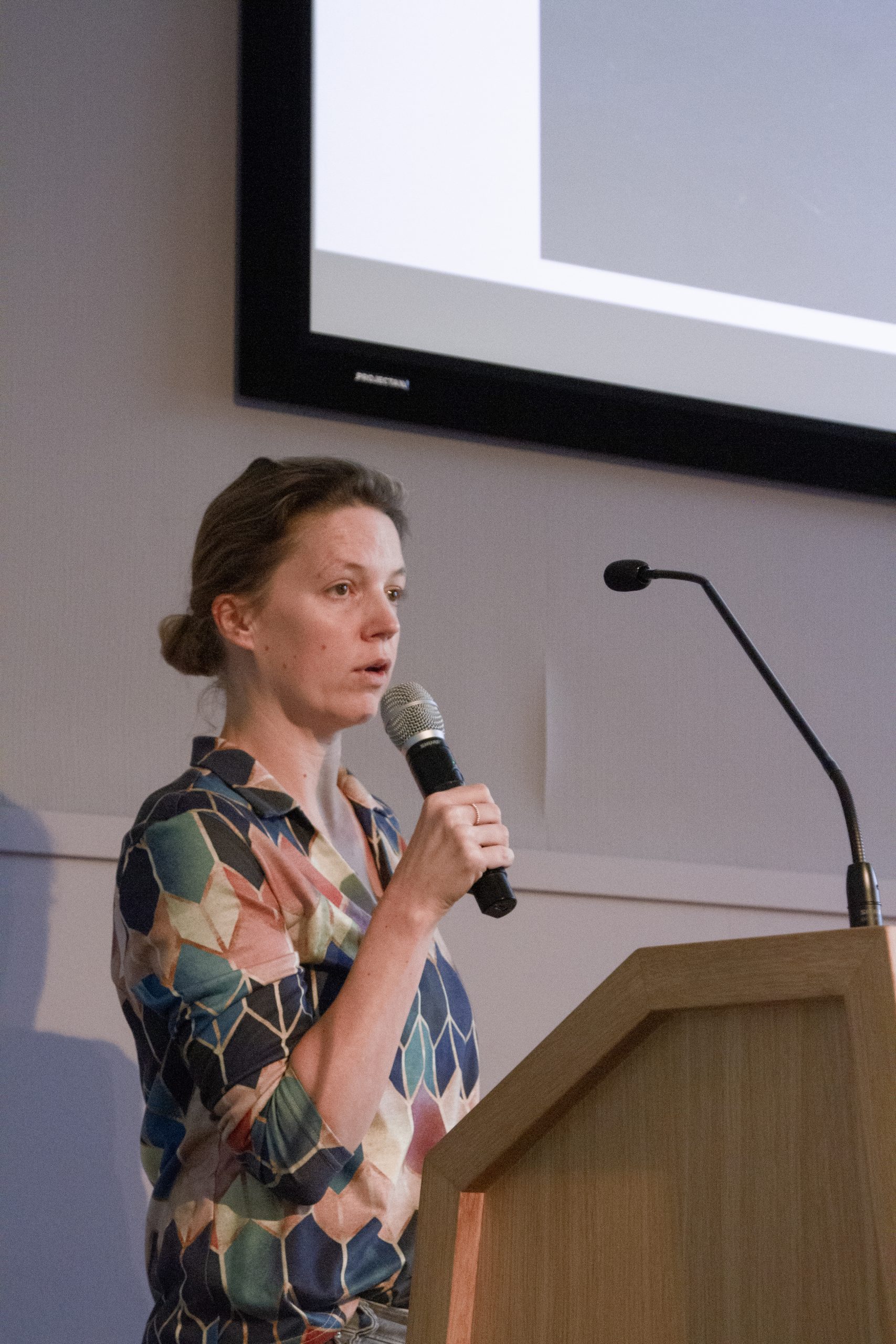 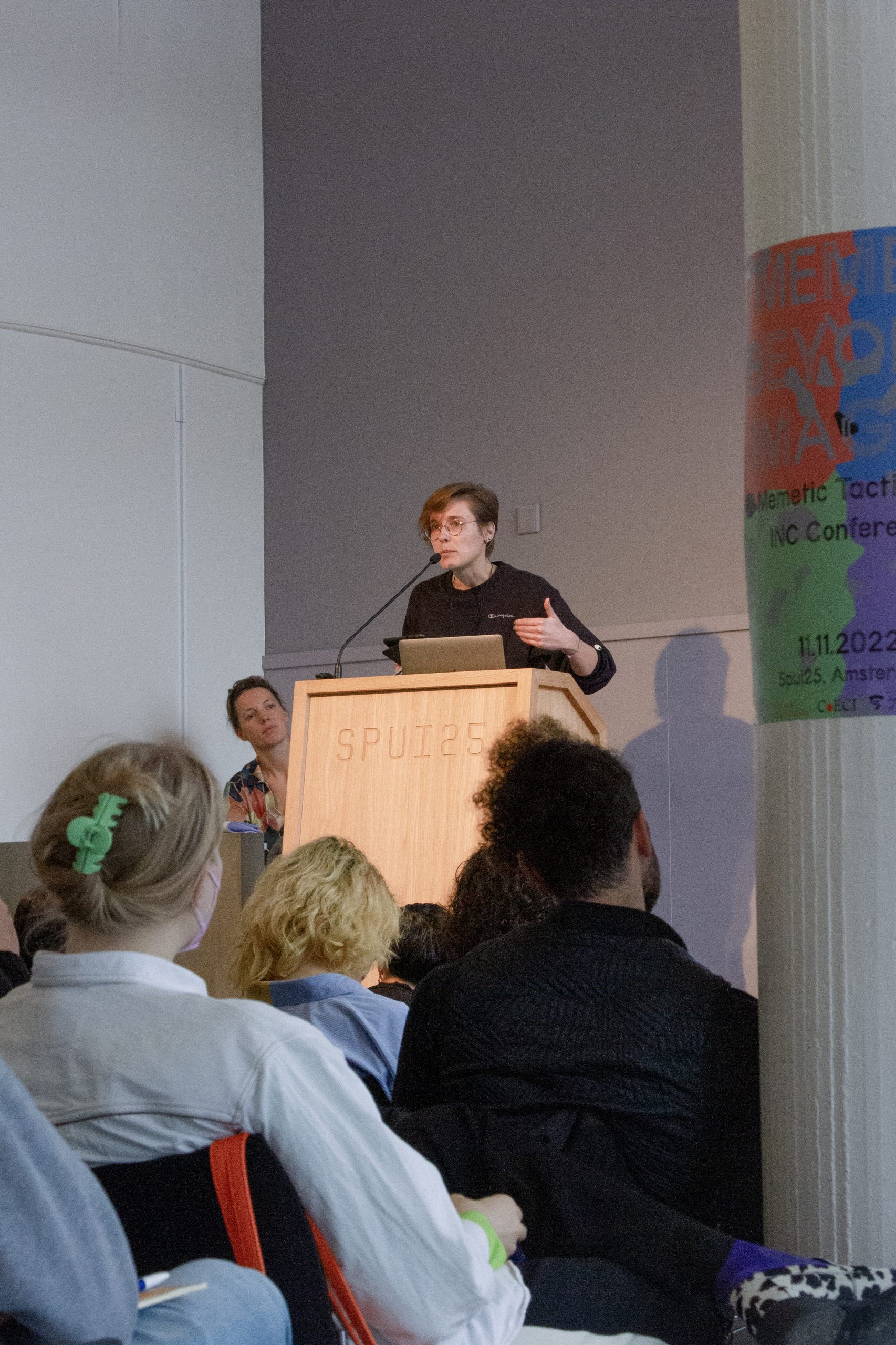 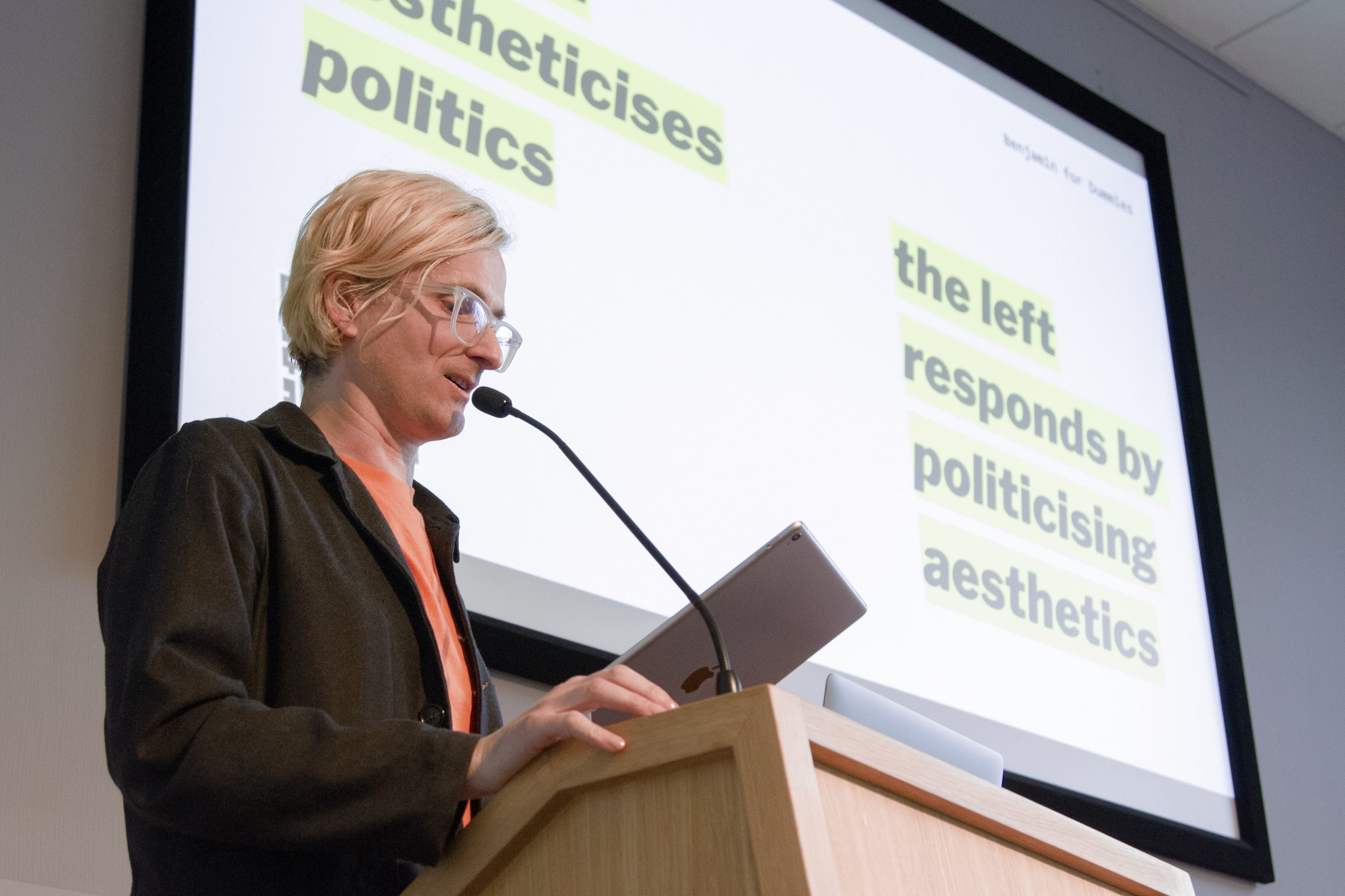 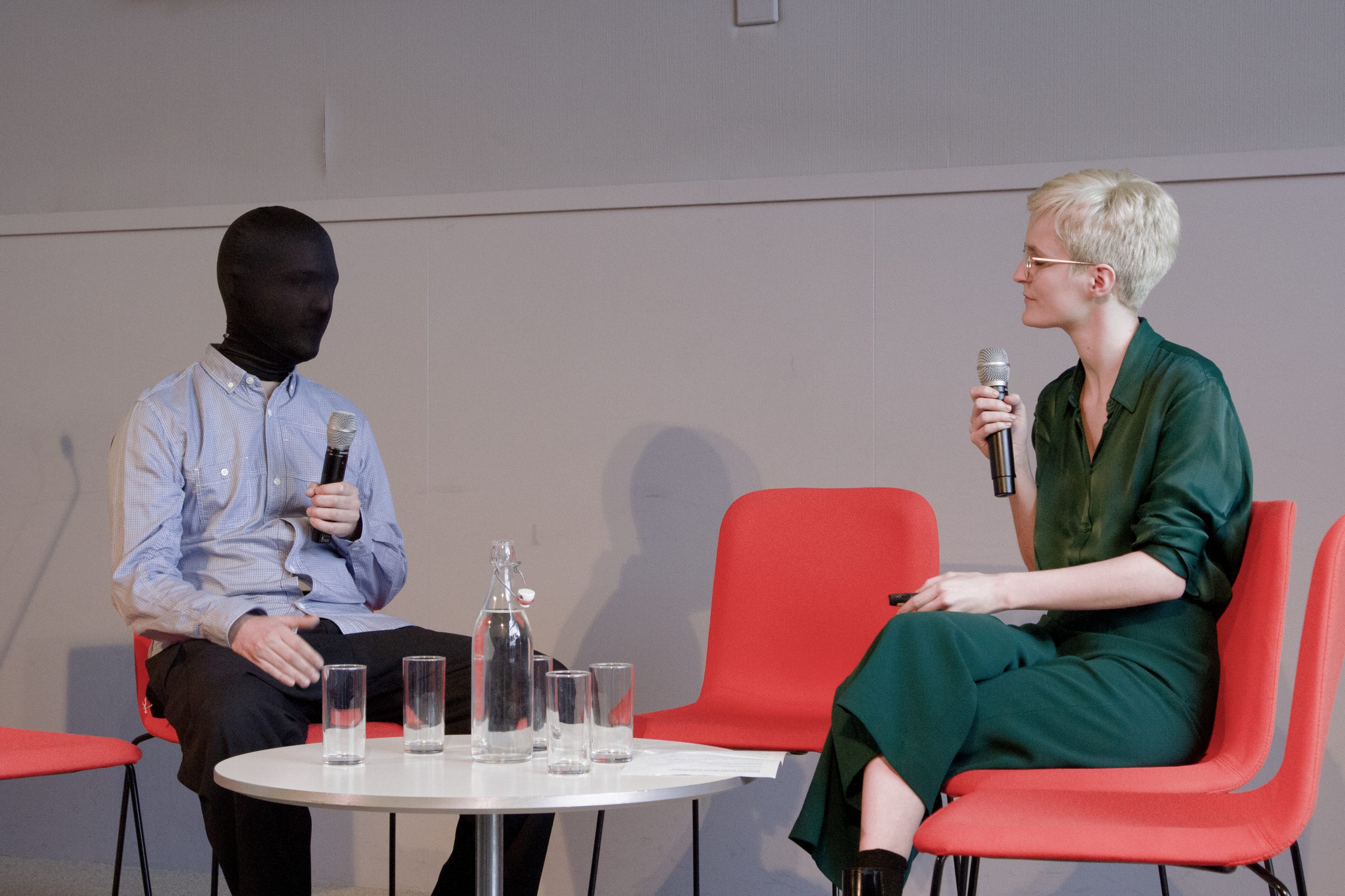 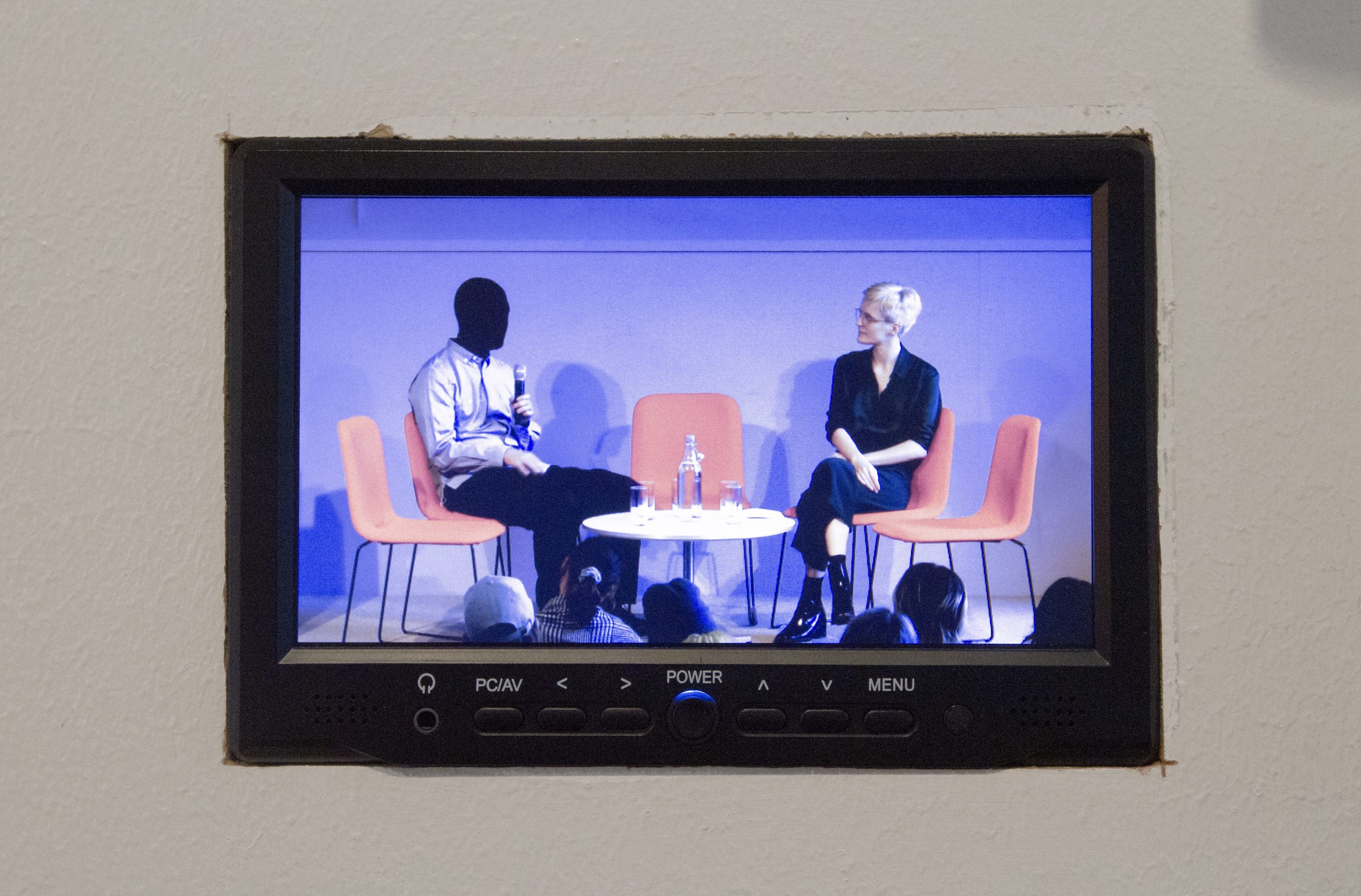 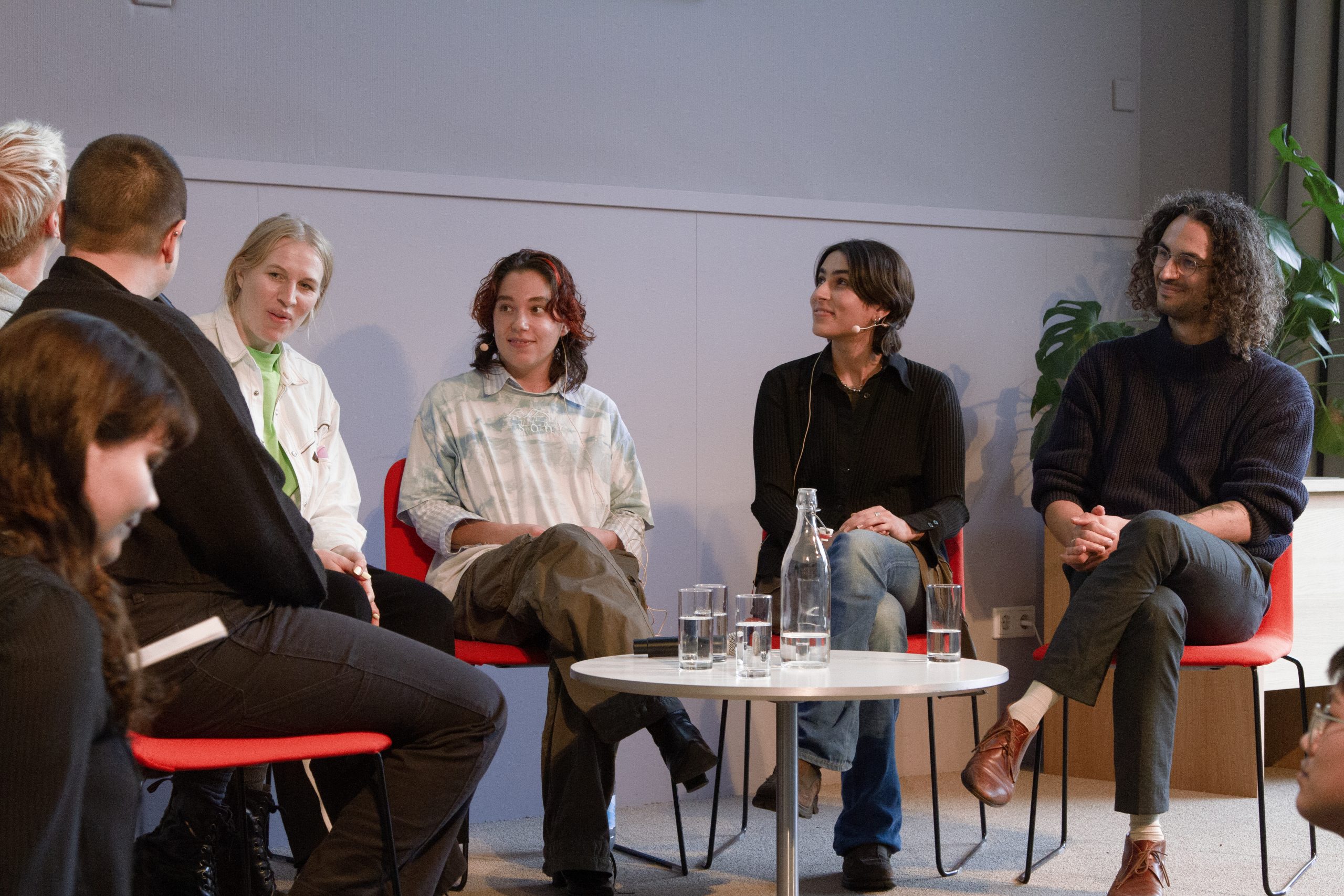 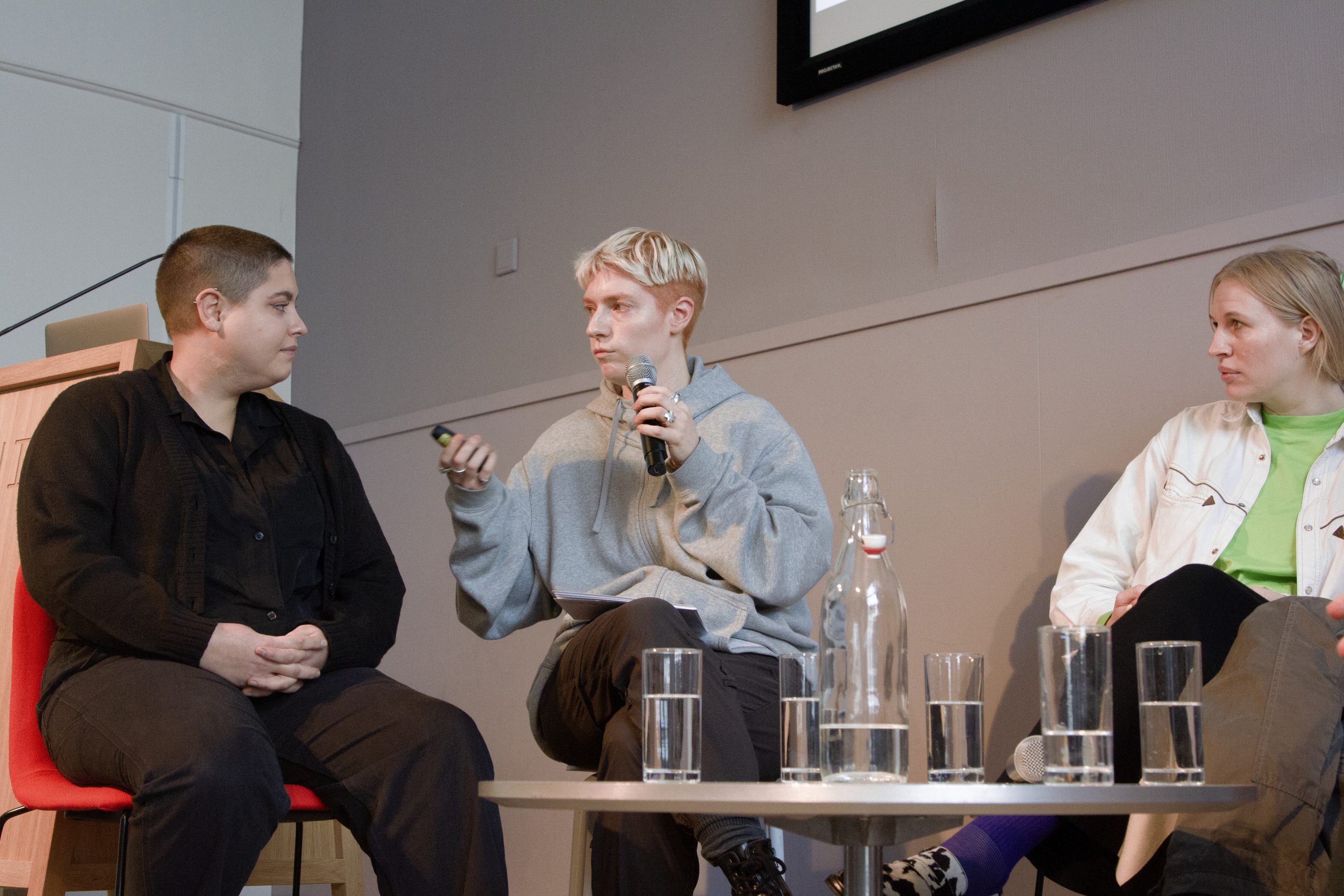 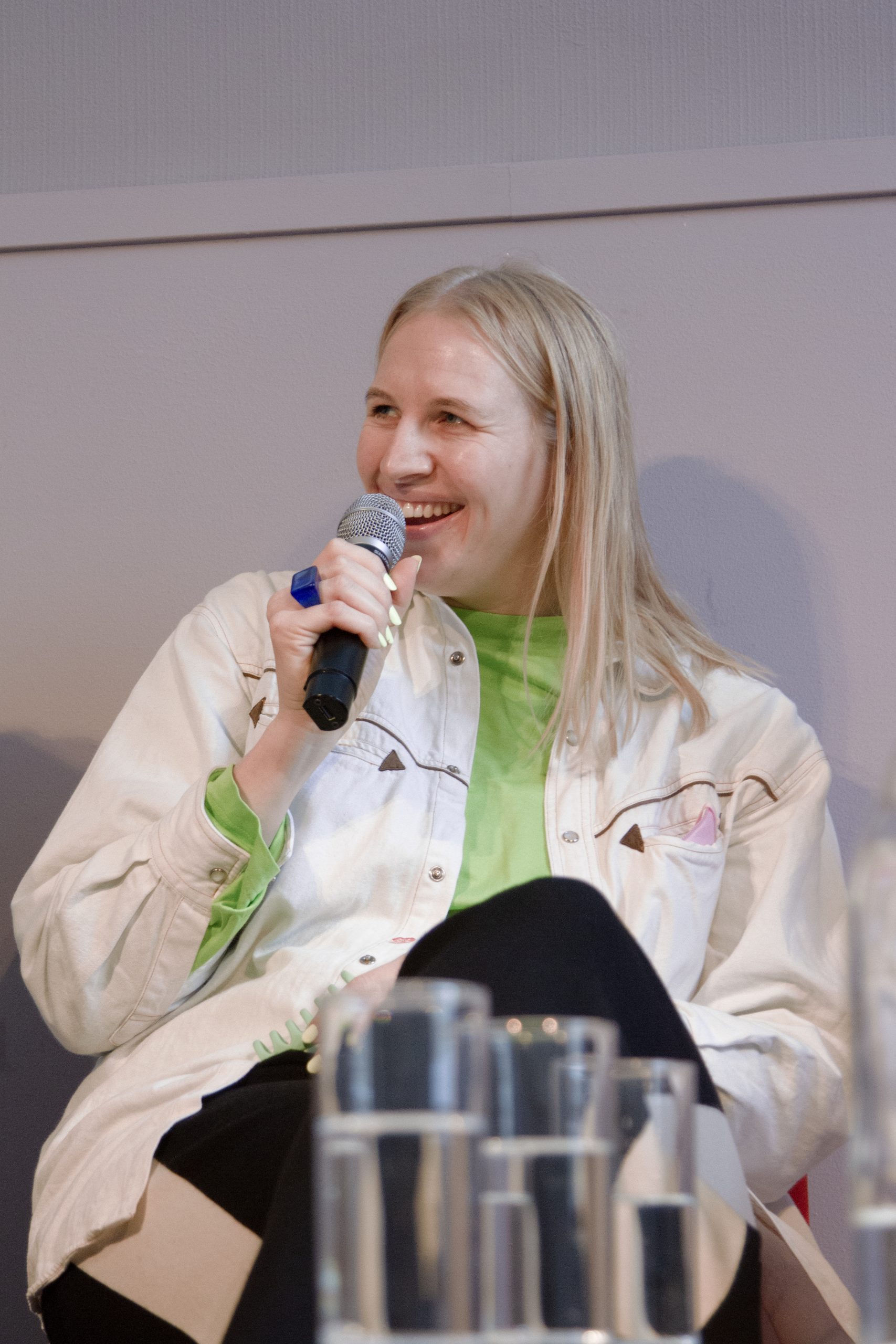 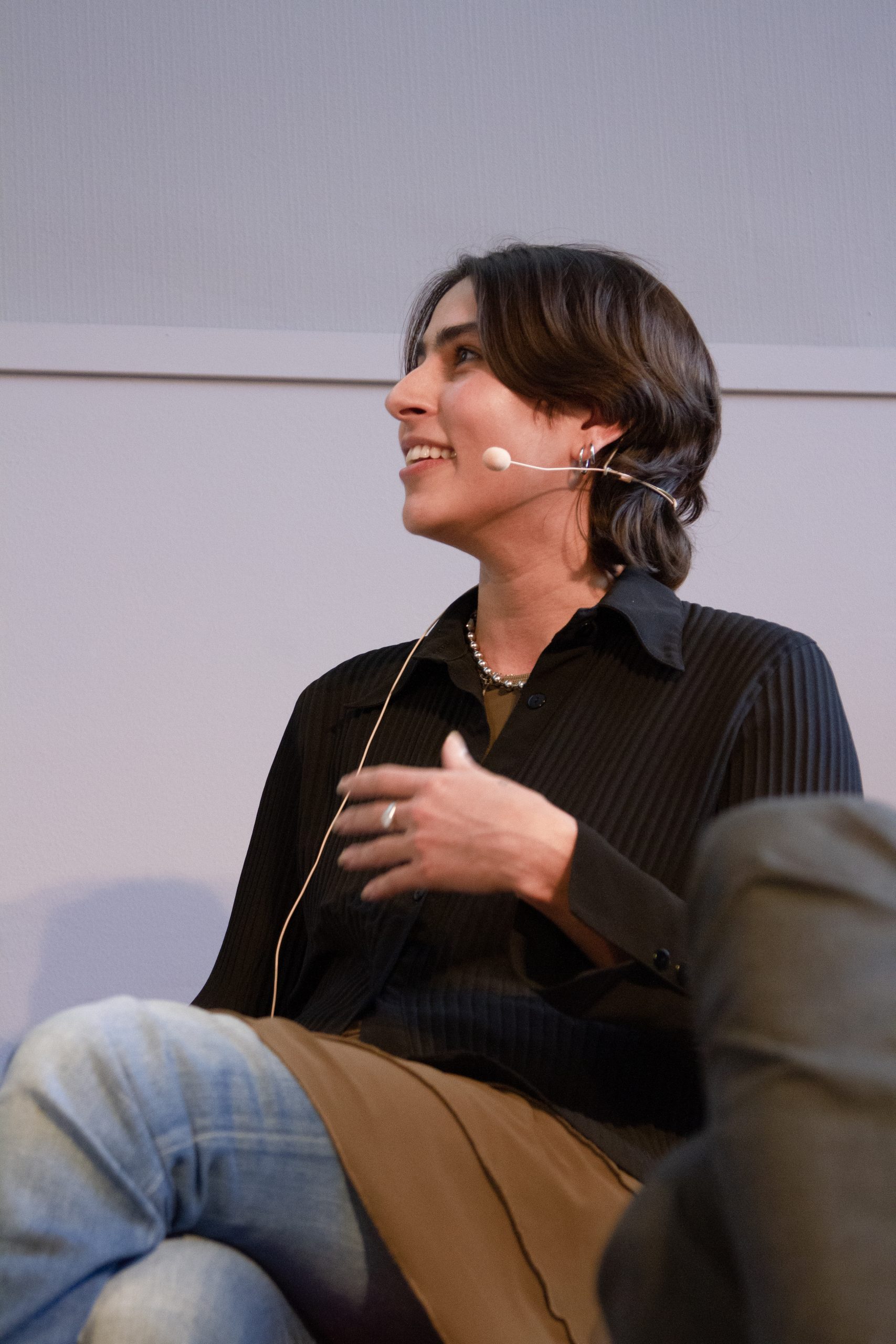 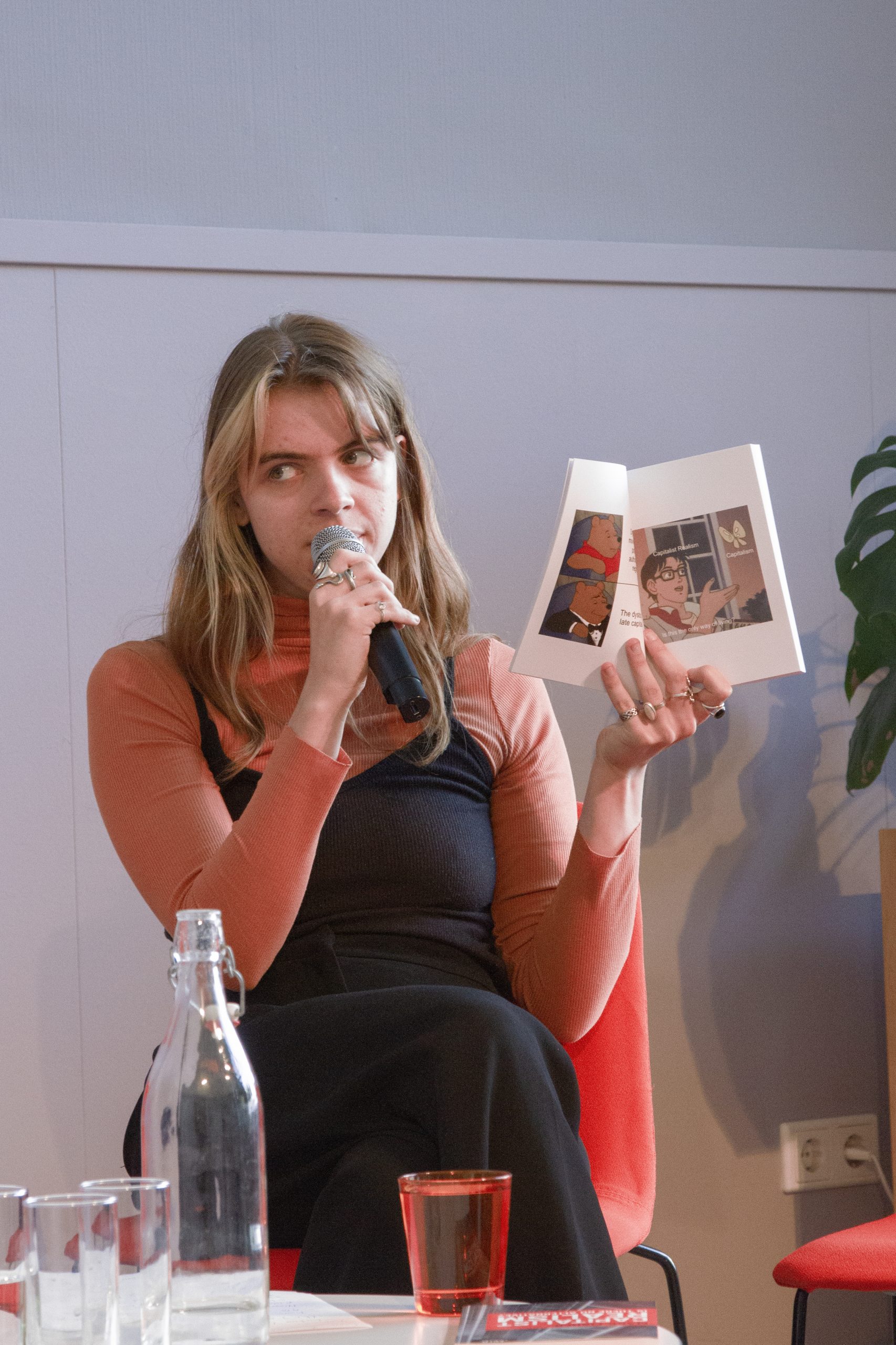 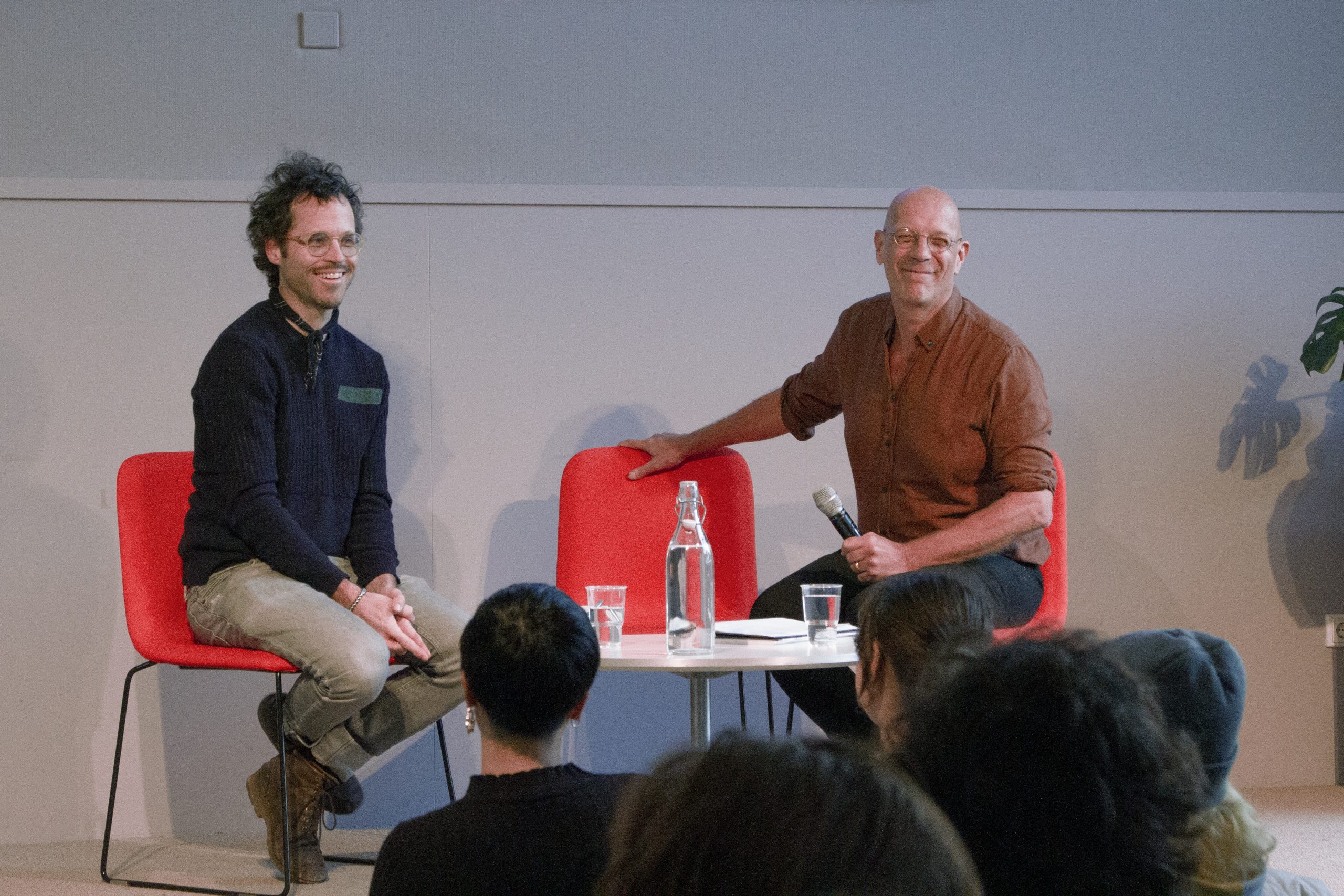 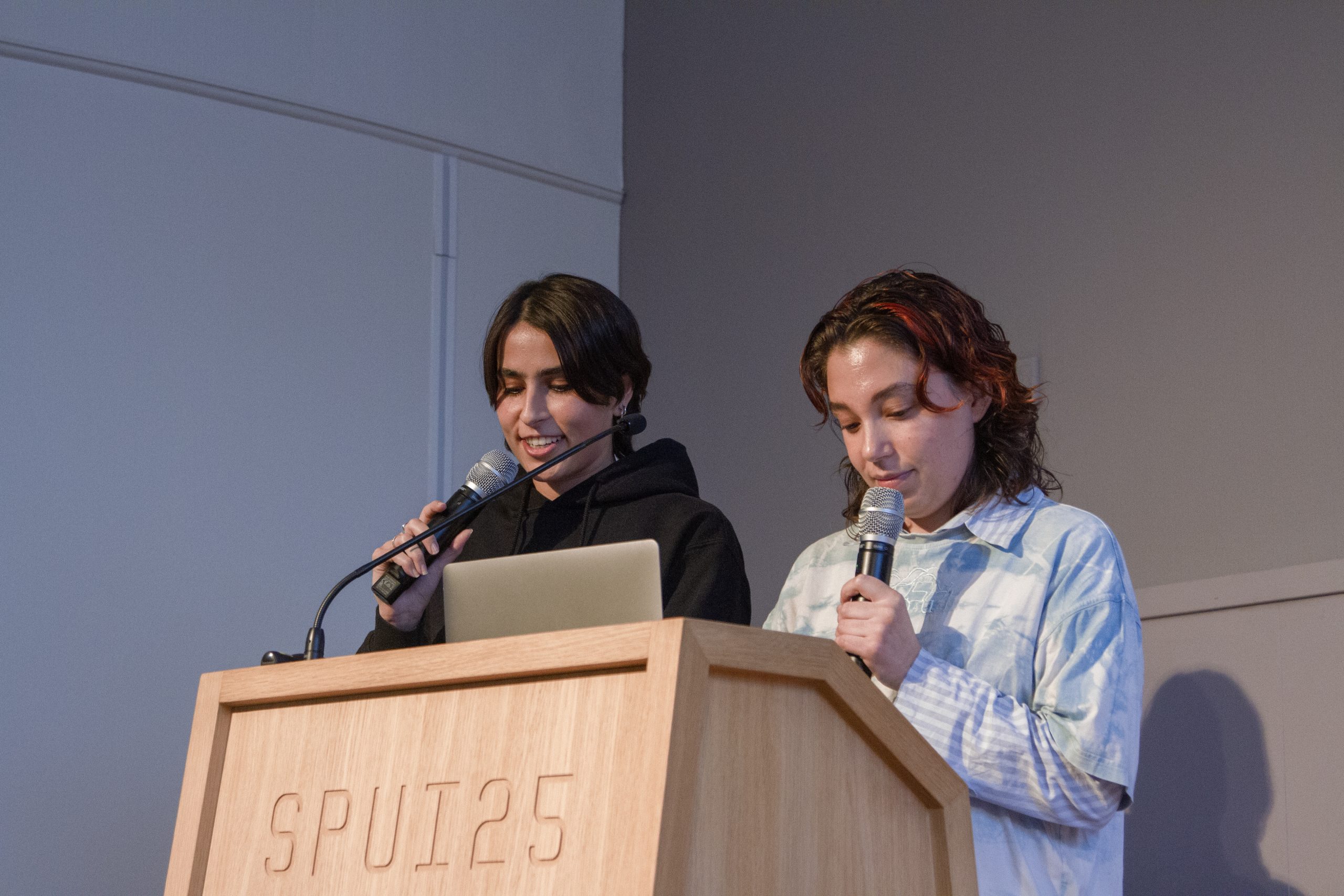 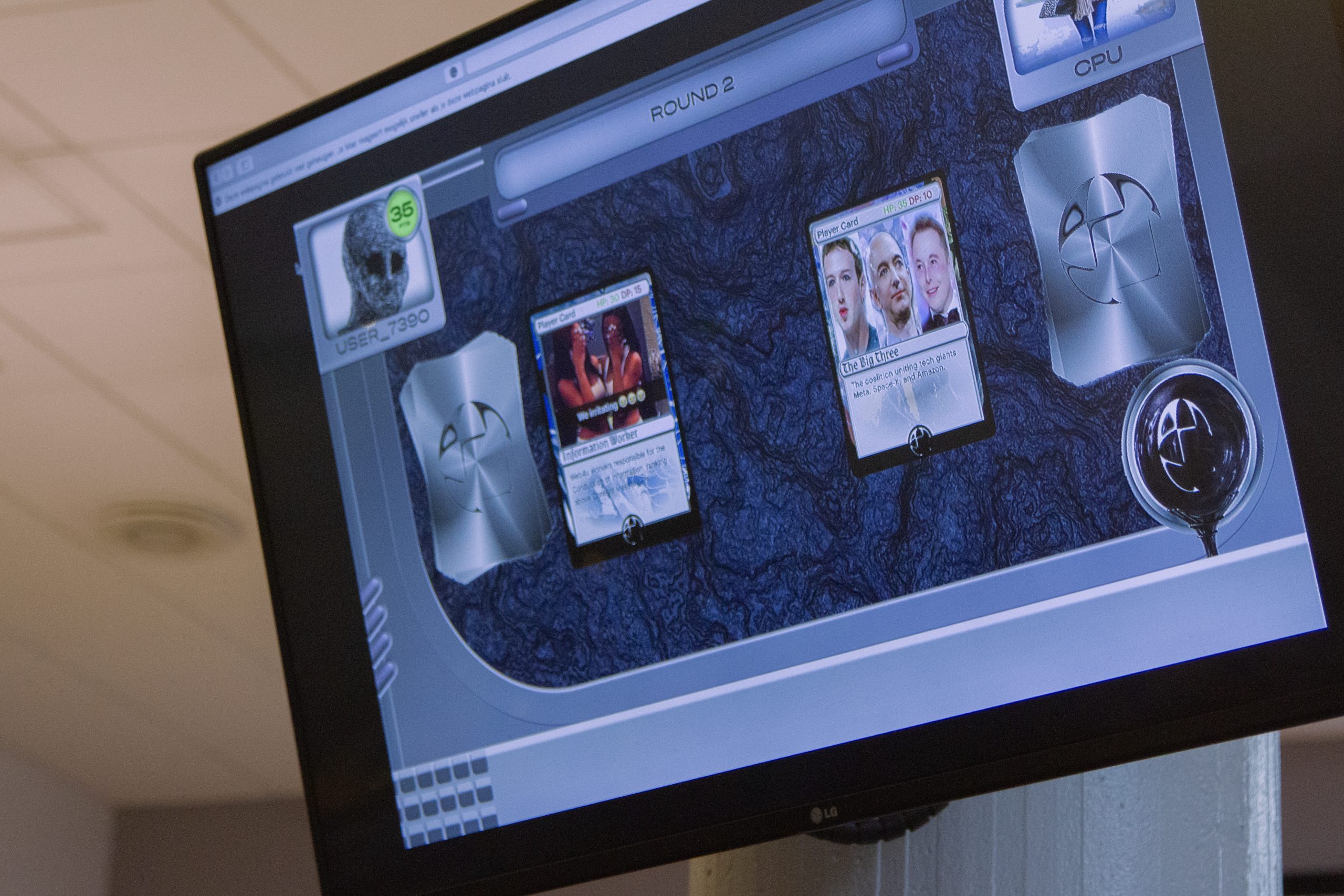 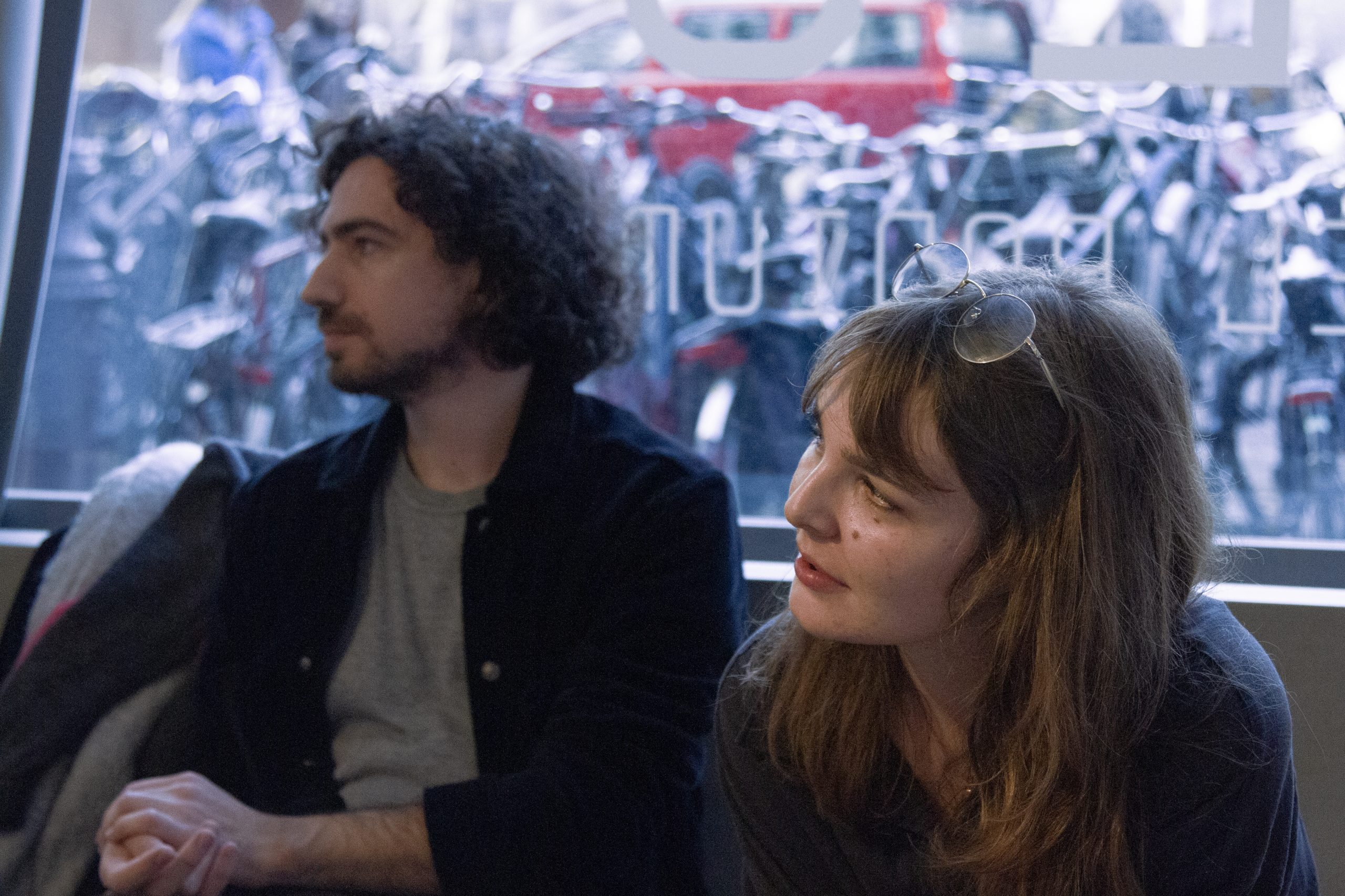 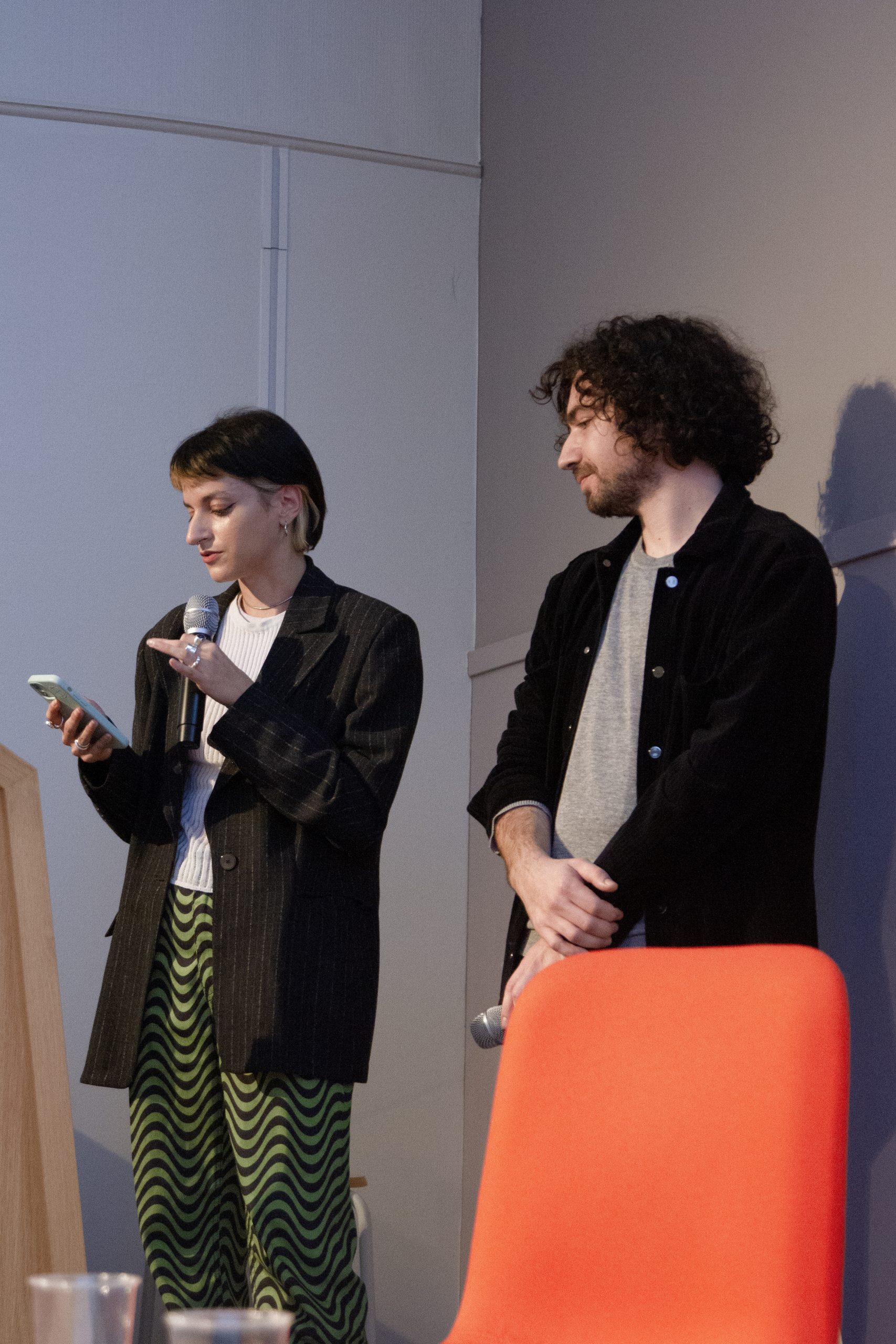 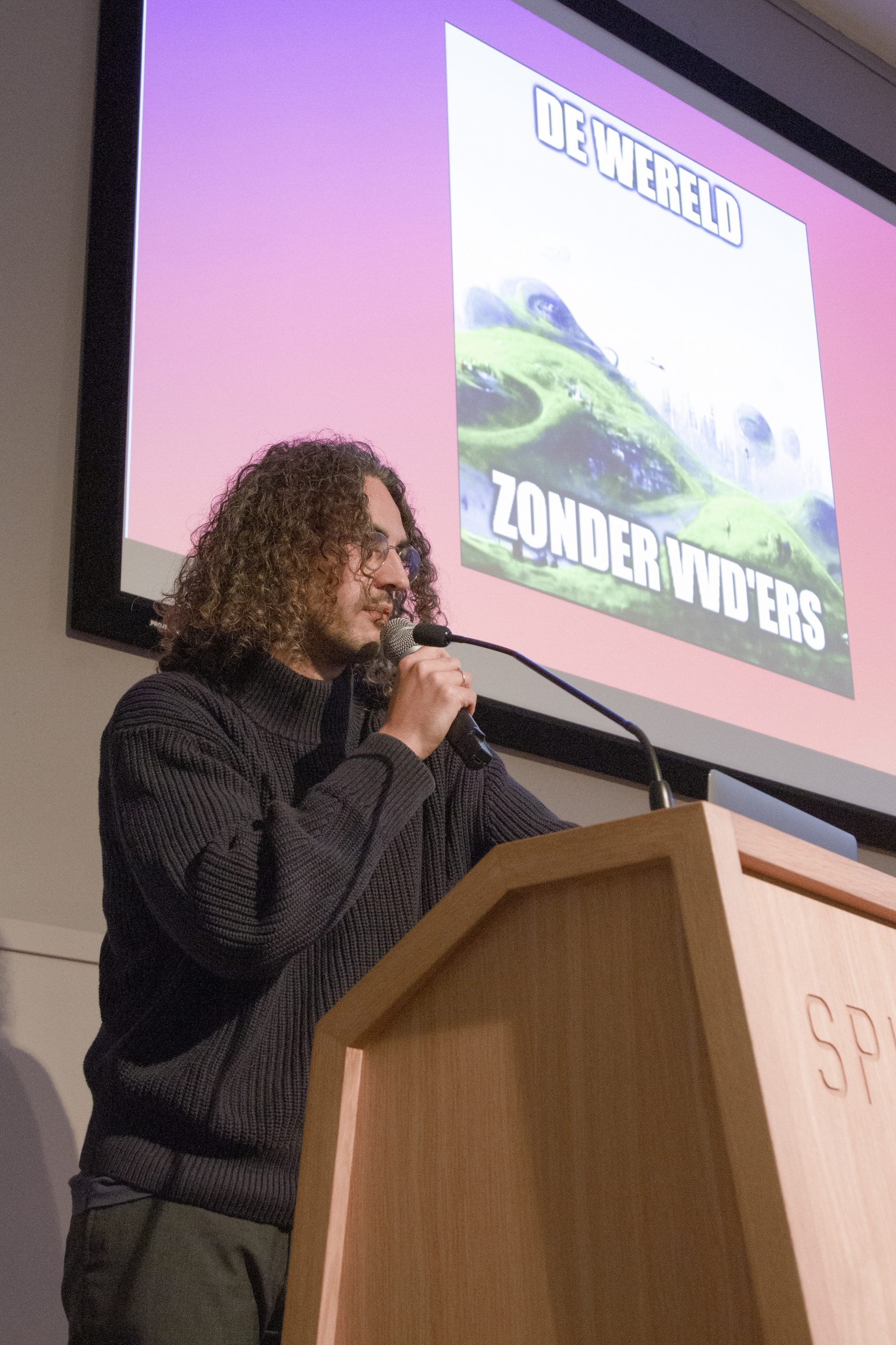 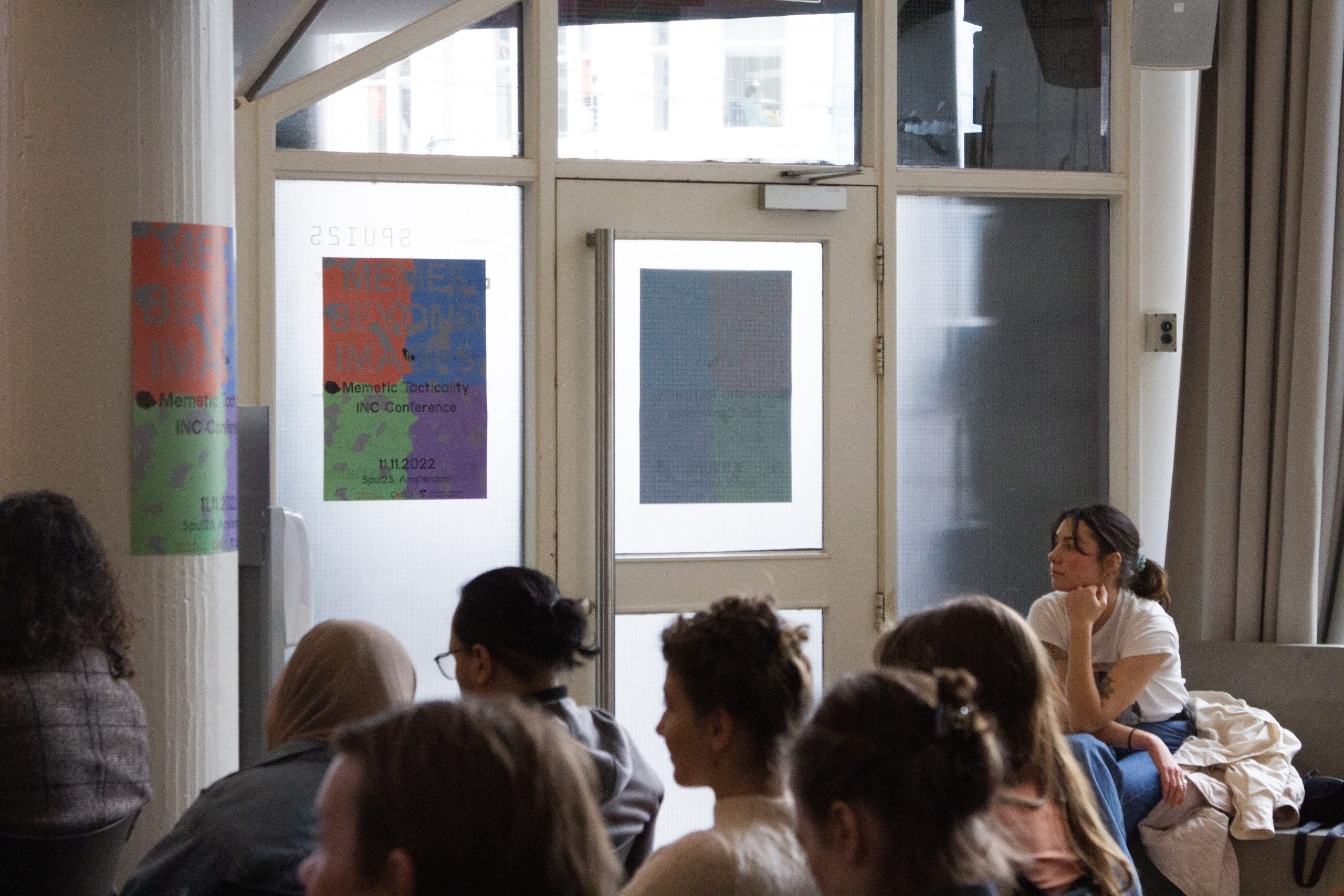 Cem A.
Cem A. is an artist and curator with a background in anthropology. He is known for running the art meme page @freeze_magazine.Since its inception in 2019, @freeze_magazine has become a tool for creative collaborations between Cem and fellow artists, researchers and organisations. His memes explore topics such as survival and alienation in the art world, often through a hyper-reflexive lens. His work has been featured in The New York Times, The Art Newspaper and Dazed Magazine. Selected exhibitions include documenta fifteen, Kassel (2022) and solo exhibitions Hope You See Me as a Friend at Barbican Centre, London (2022); Pleased to Announce… at Versus Art Project, Istanbul (2022) and The Party at Weserhalle, Berlin (2021). He has held lectures at HeK Haus der Elektronischen Künste, Basel; Universität der Künste, Berlin; Royal College of Art and Central Saint Martins, London.

Pierre d’Alancaisez
Pierre d’Alancaisez is a curator and critic. In his PhD research, he investigates interdisciplinary knowledge exchange and the relationship between artists’ access to non-arts skills and the impacts of artistic practices. For a decade, Pierre was the director ofwaterside contemporary in London, where he pioneered social practice and art activism approaches in the art market. He has also been a cultural strategist in higher education and the charity sector, a publisher, a scientist, and a financial services professional.

Chloë Arkenbout
Chloë Arkenbout is moderating the Memes Beyond Images conference and co-edited the second Critical Meme Reader together with Laurence Scherz. She works as a researcher at the Institute of Network Cultures in Amsterdam, and has a background in both media studies and philosophy. She is interested in marginalized people and their tactics to challenge oppressive discourses in the digital public sphere—from social media comment wars to memes. Arkenbout also co-edited the first Critical Meme Reader INC published in 2021. In addition, she works at the Amsterdam University of Applied Sciences where she teaches speculative design and is a member of the university’s Research Ethics Committee.

Annebel Breij
Annebel is a designer and researcher based in Eindhoven. She is fascinated by the rapidity of modern-day society and how this translates to internet culture, especially to left-wing internet memes. In her free time, she incorporates this interest in her dj sets. She is currently finishing her master at the Critical Inquiry Lab at the Design Academy Eindhoven.

Marijn Bril
Marijn Bril is a media art curator and researcher. With an interest in the complexity and absurdity of digital culture, she explores topics ranging from networked images to digital metaphors. Marijn has worked with IMPAKT, CIVA Festival, The Wrong Biennale, and the Young Curators Academy. Currently, she is a student in the Erasmus Mundus Master program Media Arts Cultures at the universities of Krems (AT), Aalborg (DK), and Łódź (PL).

Tommaso Campagna
Tommaso Campagna is a researcher and videographer at the Institute of Network Cultures. His interest is in both theoretical and applied research of new media art and activist practices. Currently, he is curating THE VOID, a platform for experimental publishing in artistic research. He also collaborates with different global and local activist projects such as tracking.exposed, SPORE, Exploit Pisa and Amsterdam Alternative.

Emma Damiani
Emma Damiani is a graphic and UX/UI designer based in Berlin. Topics of inspiration for her include queer theory, human relationships, and different modes of storytelling and archival processes both on- and offline.

Savriël Dillingh
Savriël Dillingh is a market philosopher and business ethicist. He teaches and researches at the Erasmus University Rotterdam, where his PhD research is focussed on social norms and how they affect market processes. Additionally, Savriël is on the board of the Clemencia-Redmond Stichting—a political research institute. At night, he dons a red cape and propagates political memes through his infamous Instagram-account @gratis_saaf_voor_iedereen.

Jasmine Erkan
​​Jasmine is a researcher and writer based in Berlin, interested in online communities, digital governance, rights, and culture. She holds a BA in political science and an MA specializing in human rights and democratization. Alongside making and researching memes, she is currently working as a researcher for Data-Pop Alliance, a non-profit organization that organizes initiatives at the intersection of data, technology and policy-making.

Idil Galip
İdil Galip is a Lecturer in New Media and Digital Culture at the University of Amsterdam. She wrote her PhD thesis on the creative and digital labour of meme making, and is interested in topics such as style, genre, form, creativity, production, and work as they relate to internet memes. She also runs the Meme Studies Research Network.

Marloes Geboers
Marloes Geboers (Ph.D.) is affiliated to the Digital Methods Initiative at the University of Amsterdam. Her research blends traditional visual methods with digital methods and automated analyses, in order to arrive at novel methodological protocols to study social media images. Her dissertation centered around social platforms and how they shape socio-technically constructed regimes of visibility. She received her Master’s degree in political science and has a background in journalism.

Geert Lovink
Geert Lovink is a Dutch media theorist, internet critic and author of Uncanny Networks (2002), Dark Fiber (2002), My First Recession(2003), Zero Comments (2007), Networks Without a Cause (2012), Social Media Abyss (2016), Organization after Social Media (with Ned Rossiter, 2018), Sad by Design (2019) and Stuck on the Platform (2022). He studied political science at the University of Amsterdam (UvA) and received his PhD from the University of Melbourne in 2003. In 2004 he founded the Institute of Network Cultures (www.networkcultures.org) at the Amsterdam University of Applied Sciences (HvA). He was a media theory professor at the European Graduate School between 2007-2018, and was appointed Professor of Art and Network Cultures at the UvA Art History Department in December 2021. The Chair (one day a week) is supported by the HvA.

Eleni Maragkou
Eleni Maragkou (she/they) is an interdisciplinary researcher, editor, and writer based in Amsterdam. Her research focuses broadly on themes of online (sub)culture, vernacular creativity, playfulness, and ambivalence, topics she has explored in data sprints, academic conferences, and workshops. At the moment, Eleni is a research assistant in the Playing Politics project at Leiden University, which explores the intersection of, well, play and politics from a variety of disciplines and frameworks, including law, philosophy, and media. Beyond academia, Eleni works as a digital producer and editor for the non-profit Next Nature Network and in her free time tries to conceptualise ways of making nightlife safer and more equitable.

Caren Miesenberger
Caren Miesenberger used to admin the workshop-based meme page called FEMINIST MEME SCHOOL but stopped the page because she didn’t have the energy anymore besides her job as a social media editor.

Anahita Neghabat
Anahita Neghabat is a social anthropologist, artist and meme making activist from Vienna. Her work is concerned with critical education, intersectional feminism and (anti-Muslim) racism. Since 2019 she has been using memes to comment on Austrian interior politics; since 2021 she has been holding political meme workshops under the title ‘MEME THE PAIN AWAY’.

Elena Pilipets
Elena Pilipets (PhD in Media Studies, University of Klagenfurt) is a research associate in Digital Media and Methods at the University of Siegen, and  collaborator with the SMART Data Sprint team at the iNOVA Media Lab/Universidade Nova de Lisboa. Her work focuses on the processes of social media circulation, with particular attention to the study of platforms through combinations of visual and digital methods. This includes online-grounded empirical investigations of Internet memes, platform populism, and porn bots, the latter being studied in the context of a working group funded by the Center of Advanced Internet Studies (CAIS) in Bochum.

Laurence Scherz
Laurence Scherz (they/them) is moderating the Memes Beyond Images conference and co-edited the second Critical Meme Reader together with Chloë Arkenbout, a real highlight in their career. A writer, spoken word artist, tattoo artist and meme admin on @lothememeho, they work as a researcher and editor for the Institute of Network Cultures in Amsterdam, as well as (guest)editor for De Gids and Boekmanstichting. Their research involves semiotics within visual and/or viral culture, the neurological impact of the digital, theory-fiction, and the (poetic) power of memes. In the past they worked for The Hmm, Metropolis M, Valiz and documenta 14. They’re currently writing their first novel.

Marc Tuters
Marc Tuters is a generalist and a storyteller working on and with a wide variety of media. He is professionally employed by the University of Amsterdam as a researcher and teacher focussed on media theory and radical internet subcultures. While his research outputs are currently mainly articles and book chapters, he also makes media art, plays music, paints, sculpts, curates and works with unusual forms of taste.

Jamie Wong
Jamie Wong is a PhD candidate in the History, Anthropology, Science, Technology, and Society (HASTS) program and a Language and Technology Lab graduate fellow at the Massachusetts Institute of Technology (MIT). As a political and economic anthropologist, she uses ethnographic and internet-based research methods to study how emerging global systems of technology and finance affect development and governance in contemporary Chinese society. Her dissertation analyzes an emergent synergy between the Chinese government’s leveraging of the nation’s vast scale as a policy resource and venture capital (VC) investors’ ‘moonshot’ approach to business. She also studies the implications of China’s internet culture and digital economy for governance and civil discourse.

This project was funded with the help of the Centre of Experience for Creative Innovation.