In my previous posts, I have laid out how my computer socialization and my aspiration to become a graphic designer have successfully trapped me inside Apple’s and Adobe’s ecosystem. I already mentioned that becoming a General Purpose User might present a way out. With this post I would like to dwell a bit more on both of these aspects:

I like to tell myself that, as a graphic designer, I can use any kind of software or operating system. But as I have described, my personal computing experiences have largely been made within an operating system that has redefined the very meaning of comfort and ease. My muscle memory has been trained by the company that introduced Drag and Drop as a pointing device gesture and has ever since pushed for a reduction of complexity in user input. And, of course, the ‘labor market’ expects me to be productive in such an environment. But every graphic designer knows that ‘extended dragging and dropping can stress the mousing hand‘.

The fluidity of multi-touch interfaces has reduced the physical labor of modern-day computing from a click to a tap. Apple has transformed personal computing into an uncannily intimate experience. But petting my Apple devices still makes me feel uncomfortable. Not just because Apple is a snitch, but because work is still a drag.

I get everything done with the ease of a swipe, but the agility we have come to expect from our phones and laptops is equally projected onto us as users (workers?). As a cloud-based designer, I am expected to be available at all times, in sync, up-to-date, and, most importantly, fast. There is no time for error or incompatibility. All processes must integrate! That’s the dogma of frictionless work-life (and getting paid too little). 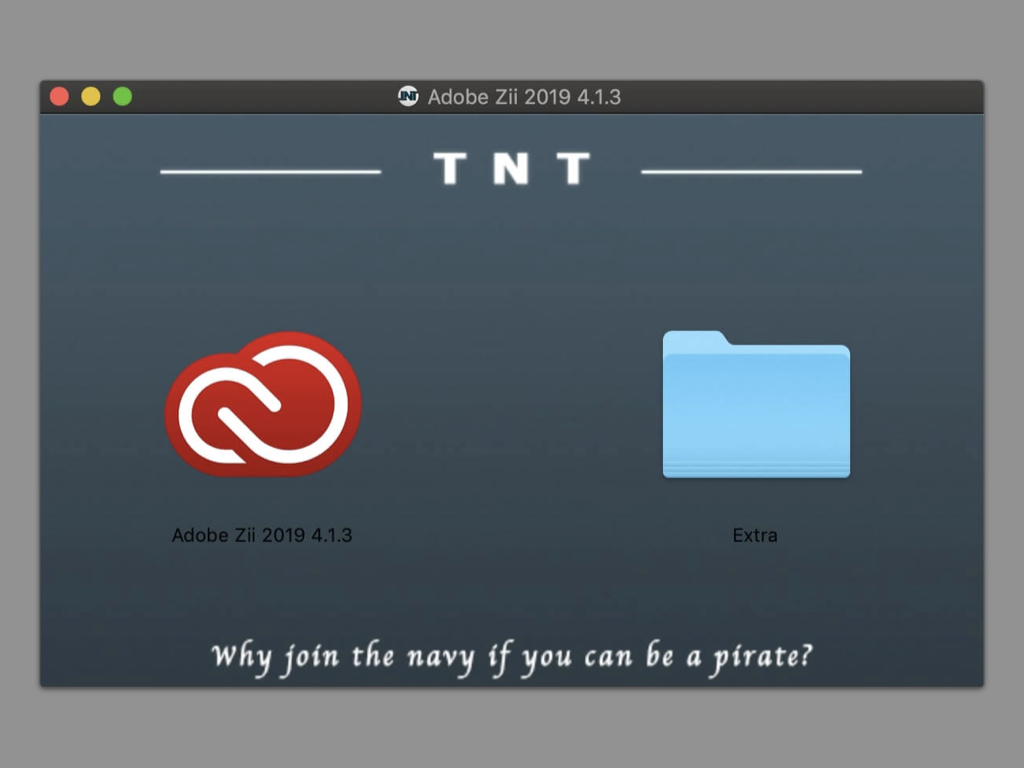 It is easy to dodge Adobe’s SaaSy rental model by switching to Serif and the likes. Or as Steve Jobs said: “It’s better to be a pirate than join the navy.” But this doesn’t solve my Apple issue. Leaving Apple and Adobe behind altogether, completely switching to a F/LOSS workflow requires time and dedication. And there are communities around institutions like the INC, Constant, and Varia that dedicate their time to such approaches. But this is time the average “very busy user” doesn’t seem to have. Especially when trying to meet a deadline while working minimum wage. And because the words collaboration, team, work and flow sound so nice together, no one wants to be the one who interrupts. No one wants to explain to their boss that they can’t open their files because they refuse to use Adobe software – even if that would be the right thing to do. 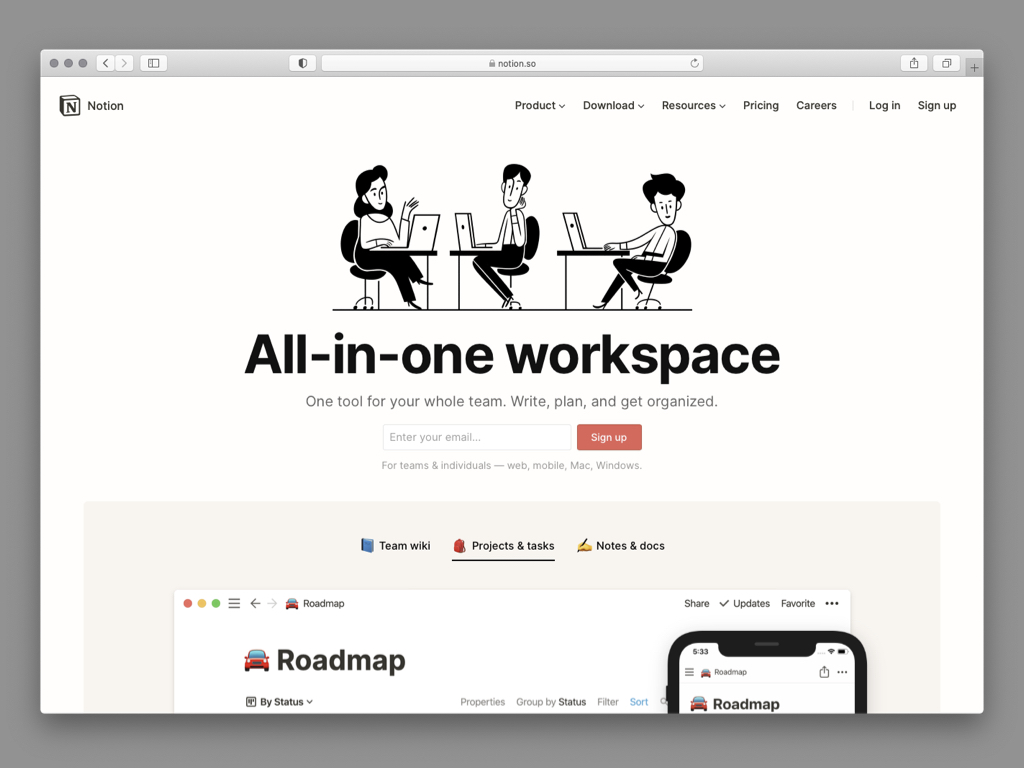 But like most fears, this is – at least to me – an abstract one. You can’t get fired if you are a freelancer and the internet also says that Scribus can open .idml files. Nevertheless, the scare of causing an issue within the work-flow of an imaginary work-force has prevented me from even trying anything other than Adobe. At the same time, I have the vague feeling that for most Adobe features there is an alternative or a workaround.

But there it is again! W-O-R-K-A-R-O-U-N-D that already sounds like a bunch of problems. As a cloud-based designer, I am not supposed to cause problems. I am supposed to solve them. Even though ‘Workaround’ has been successfully co-opted by a Swedish, Airbnb-style co-working startup, it doesn’t have a nice ring to it, when it comes to software. Wikipedia tells me that a workaround is:

[…] a bypass of a recognized problem or limitation in a system or policy. A workaround is typically a temporary fix that implies that a genuine solution to the problem is needed. But workarounds are frequently as creative as true solutions, involving outside the box thinking in their creation. Typically they are considered brittle in that they will not respond well to further pressure from a system beyond the original design. In implementing a workaround it is important to flag the change so as to later implement a proper solution. 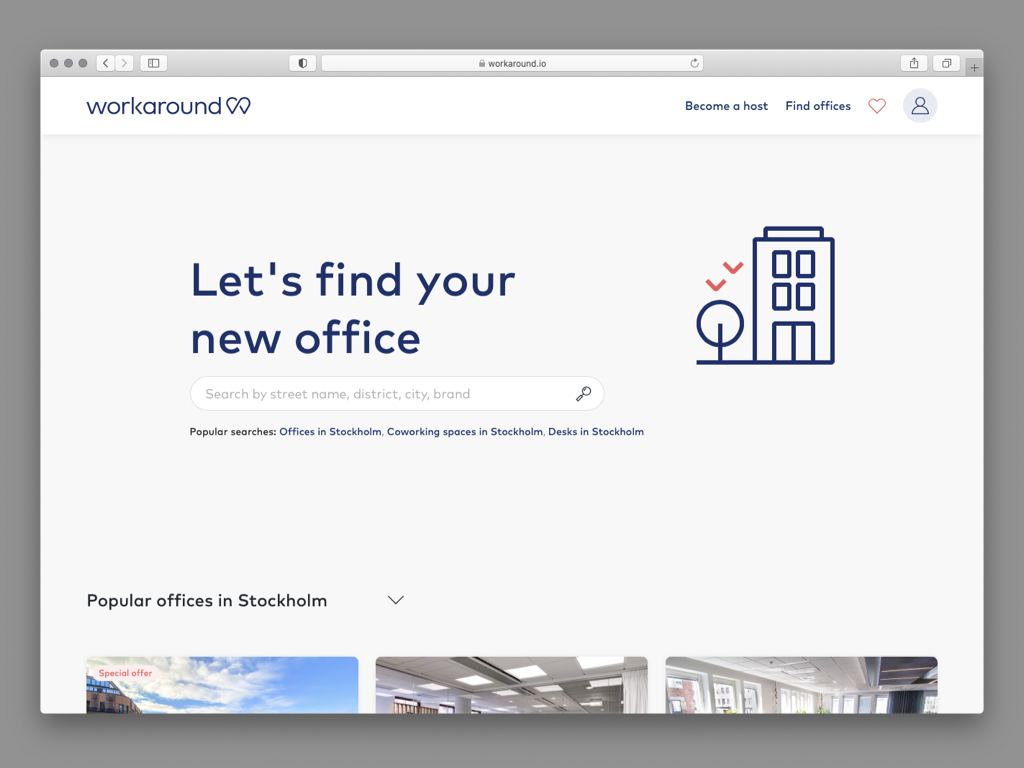 What is the problem that needs a proper solution? Perhaps it’s our efficiency-obsessed work ethic, which punishes any attempt to slow down the machine with severe FOMO and a state of paralysis, that has kept most of us with Apple, Adobe, Instagram, Twitter, LinkedIn, or Behance. Or maybe we just got too used to the incredible convenience of everyday life. At least Tim Wu says, to save our souls we need to “consciously embrace the inconvenient” because “convenience has the ability to make other options unthinkable.” And to our luck, we are already on doing it:

Embracing inconvenience may sound odd, but we already do it without thinking of it as such. As if to mask the issue, we give other names to our inconvenient choices: We call them hobbies, avocations, callings, passions.

I wish I had time for a hobby. Luckily graphic design is my passion. I even get paid for it sometimes. Does that mean I have to live in an off-grid cabin, etch my own circuit boards, and develop my own programming language? While that would be pretty badass, I am not sure how I can do this as a cloud-based designer.

Anyone who has seen a designer at work, knows that the self-assured agility with which a layout is done or how the tension of a digital curve is determined, leaves little or no room for questions about the nature of the underlying processes. Taking doubt into account implies breaking with the natural ‘flow’ of things and accepting the hitches that aren’t always that easy to deal with.

In Awkward Gestures, from 2008, Femke Snelting explains, how OSP the design collective she was part of at that time, had adopted a F/LOSS workflow into their practice. Because F/LOSS is open by design it has spawned a variety of tools that stand in as an alternative to the ‘convergence of tools’ from the Apple-Adobe software array. Like so, free software continuously ‘reveals the culture of its developers, its technical construction, and development history’.

Olia Lialina’s idea of the General Purpose User resurfaces the user as a visible agent. Similarly, a F/LOSS workflow reveals software as an explicit part of the design process, that is not seamless by default. Snelting says this can be destabilizing and therefore will produce what she calls awkward gestures.

While a familiar gesture is one that fits perfectly well in a generally accepted model, an awkward gesture is a movement that is not completely synchronic. It’s not a countermovement, nor a break from the norm; it doesn’t exist outside of the pattern, nor completely in it.

She also highlights the importance of such gestures because they bear the potential to ‘break with the appeasing elegance of the typical self-assured designer who has everything sorted’. But whether it is the public performance of awkward gestures, users valuing the ambiguity of software, or individuals embracing inconveniences, all three approaches share an appreciation for a soft form of deviance.

It’s a more casual way of computing, that is not so concerned with efficiency. As Lialina says a General Purpose User can ‘write an article in their e-mail client, layout their business card in Excel and shave in front of a webcam.’ This doesn’t mean that I must abandon Apple and Adobe overnight. I am just less dependent on a perfect solution. This works by embracing the fact that my way of doing things, even as a designer, isn’t that special after all – unlike Apple advertises it.

This mindset is not a silver bullet. It’s not a technological fix. It’s not the all-in-one workspace. It is an acknowledgment of the possibility that, for most general purposes, there’s probably more than one way to do it. A lot of them don’t rely on Apple or Adobe. Since being a General Purpose User is a ‘mindset, not a set of rules, not a vow’, it is a more forgiving experience than being a graphic designer. As a General Purpose User, it’s okay to not have everything figured out yet. But most of all, it’s okay to start small. It is in that way that the mindset of the General Purpose User might fill in the role of The School, that Silvio Lorusso described.

The Schools role is to make big things approachable and small-scale gestures valued.

Another thing that makes small-scale gestures valued is Elementary OS. Elementary OS is ‘the fast, open, and privacy-respecting replacement for Windows and macOS’. I recently installed it on my old MacBook. Even though the developers might disagree, to me, this Linux distribution looks and feels like Mac. My first adventure was installing the missing WIFI driver. After I copy-pasted some lines into the terminal, it just worked. One thing is missing though. Elementary OS does not support Multi-Touch Gestures, yet.

Talking about the merits of F/LOSS and my struggle to adopt it into my design practice to an audience that is probably more familiar with these practices than I am, makes me feel very self-conscious. Maybe writing this text or installing Linux on my old Laptop are my first awkward gestures as a General Purpose User.