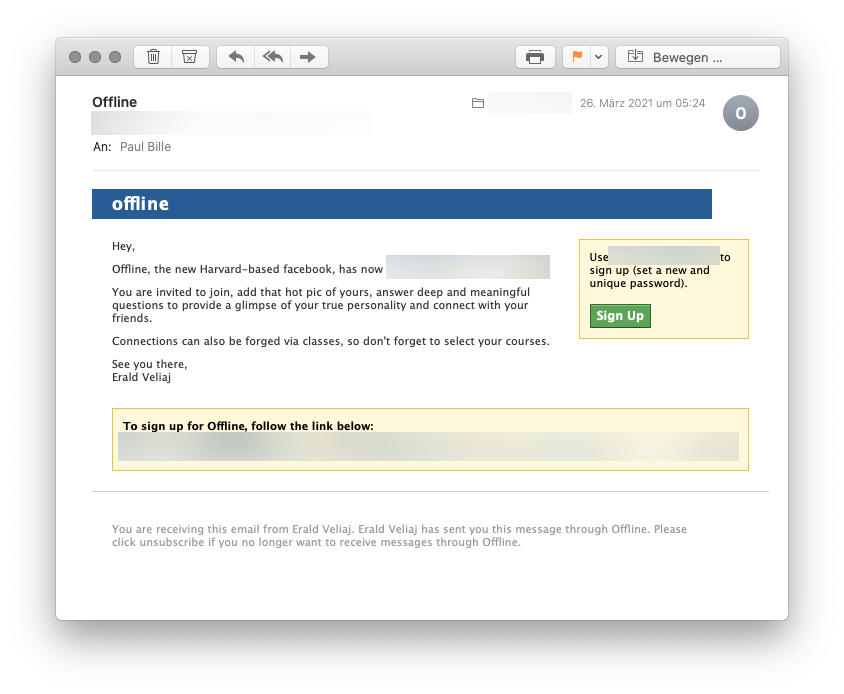 Roughly a month ago I received an e-mail from Erald Veliaj, containing an invitation to a social network claiming to be the new Harvard-based Facebook. I had already dismissed the email for spam but then decided to look up the domain mentioned within the e-mail. As it turned out Erald had actually rebuild an old version of Facebook.

I had just finished scrolling through one of Facebook’s first pitch decks, when I saw his e-mail. Perplexed by this strange coincidence, I decided to reach out to Erald to ask him some questions. I structured the interview around those early slides, that Eduardo Saverin used to reach out to potential advertisers. 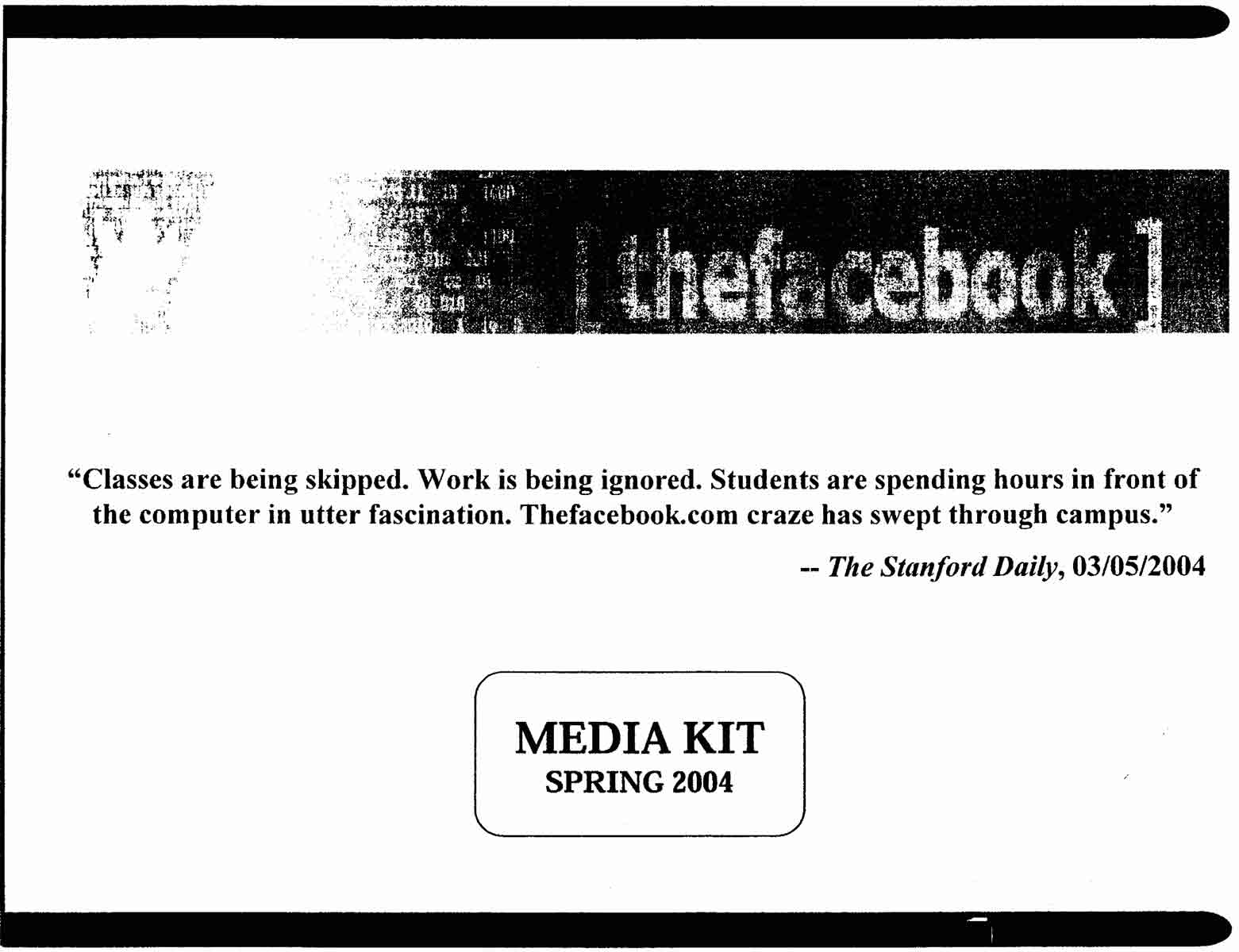 Hi Erald! Thank You for taking the time.

You told me that the movie ‘The Social Network‘ inspired you to build offline. You started it last summer, during lockdown. Could you describe your experience making the site? How long did it take you? What were the responses since its launch? Did you skip classes? Has the offline craze swept through campus?

Thanks for having me.

The idea for Offline came from my own experience at college. I found it hard to connect with people on campus. When the quarantine started, the campus felt even more disconnected, and it was great timing to start working on it.

I had seen how Facebook was useful for students when it first started and thought it would be convenient to have a tool like that. Watching The Social Network once more made me decide that I had to remake Facebook. The movie does a great job at getting that energy across, with a bit of a Hollywood touch.

I sat down to program the site while listening to the movie’s soundtrack. In my mind it was doing two things at the same time, making a useful tool and recreating the Facebook college experience.

The site took us around two months to complete, with the research taking up most of the time. We were very keen on implementing all the features that the first version of Facebook had. We tried three different designs for the site based on Facebook versions from 2004 to 2008. Ultimately we settled with a mix between layouts.

The response has been quite positive. Some people have reached out, saying that they felt the need for a tool like this since they found it hard to connect with others at college. The fact that it’s a remake of Facebook has made it instantly relatable for students.

Back in 2004, it was the social networking craze. We want to see Offline as something useful instead of it becoming hype. 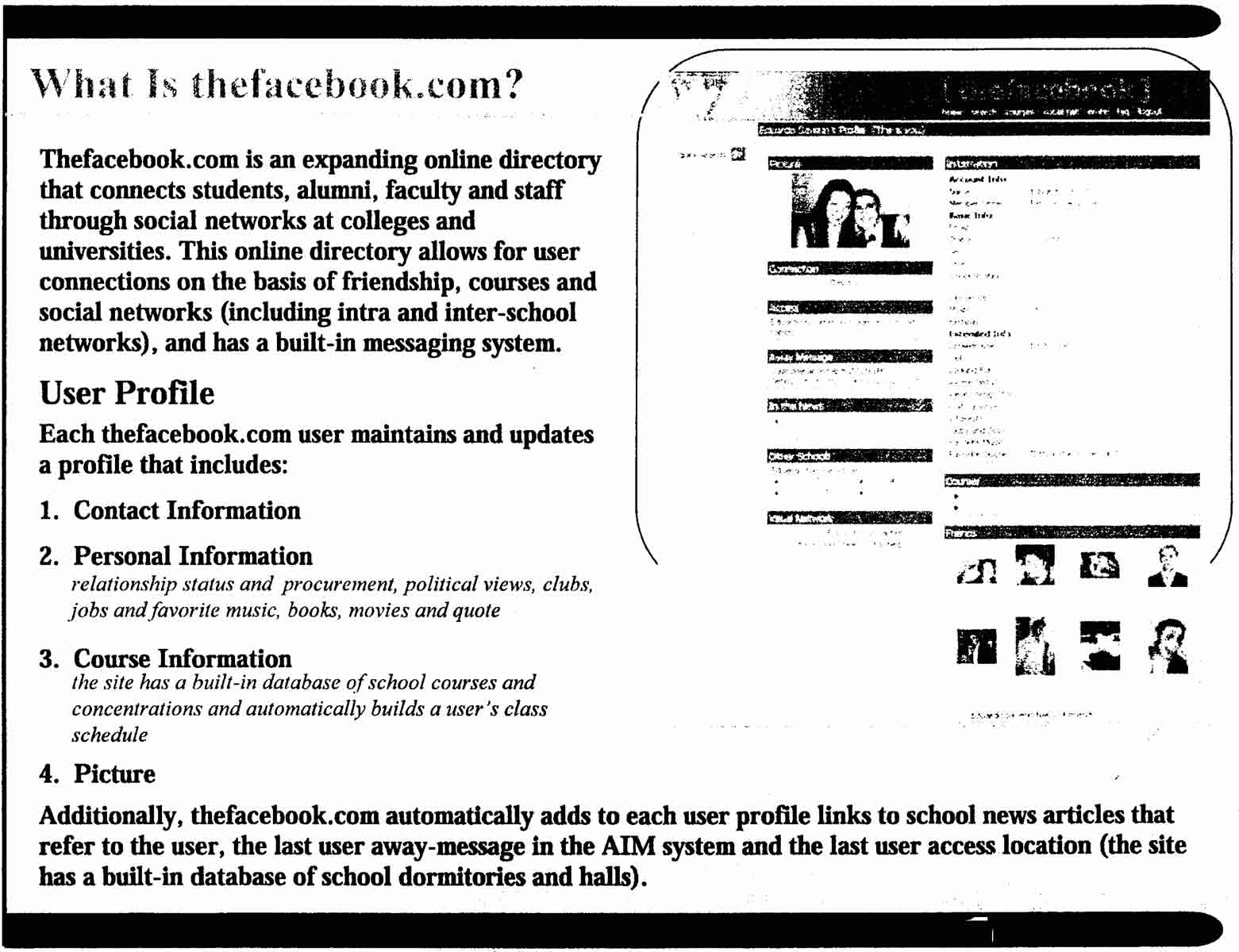 Offline is a remake of the original version of Facebook that students fell in love with.

In terms of features and design Dorina and you closely followed that early version. What do you think is it that students fell in love back then? Why did you name it offline?

It was a couple of things. Back then, Facebook was only available to college students, and that made it more intimate. It took the college experience and culture and brought it online. It allowed students to interact with each other without worrying about being awkward or breaking social standards. Facebook gave them a level of comfort and openness that no other platform had managed to create.

But as Facebook grew, they sacrificed functionality to fit the needs of a broader audience. They lost the exclusivity and college culture they once stood for. When they opened up to everyone, it was as if your parents were coming home while you were throwing a secret house party. The way Facebook was being used when it was a college-only site wasn’t meant to be seen by the outside world.

We called it Offline because Facebook entangled our online presence with our offline self. 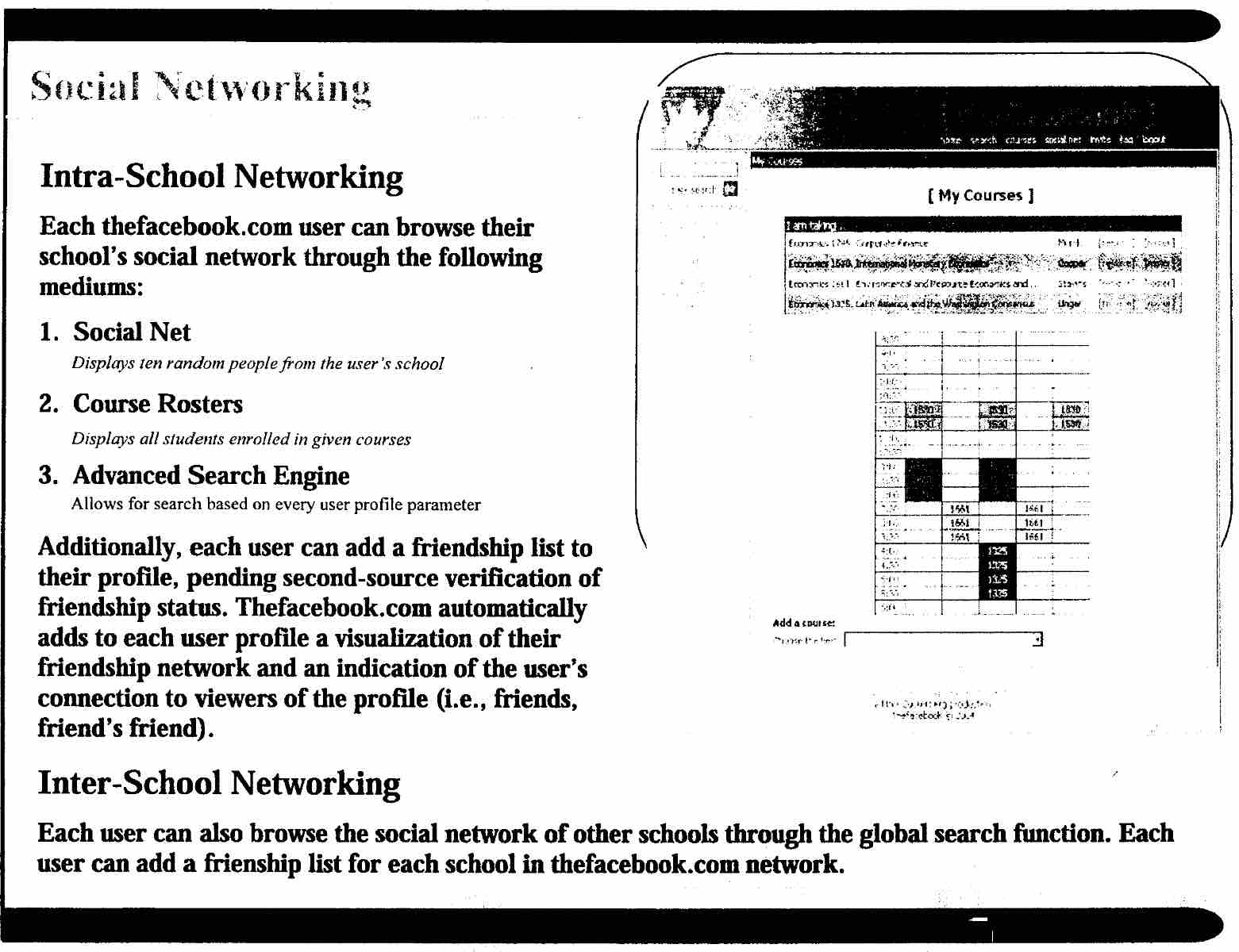 Your offline profile tells me you were born in 1996. I was born in 1993. Both of us joined Facebook around 2010, so we actually missed its earliest stage. I have never been particularly fond of Facebook, but I can relate to a reminiscence for the web 1.0, even though I barely experienced any of it. Are there any personal computing memories that stuck with you? Do you think nostalgia can become dangerous, for example when used as a tool to sell ads or for propaganda?

I remember spending all my time playing computer games and one of the games that stuck with me was Age of Mythology. It still brings back all the memories and emotions every time I play it. I get a somewhat similar feeling when I look at the 2010 Facebook.

As with any other emotion, nostalgia can be exploited, but ultimately it comes down to the creator’s intent. I want offline to be useful for students, a place where they can find out information about people that makes it easier to connect. 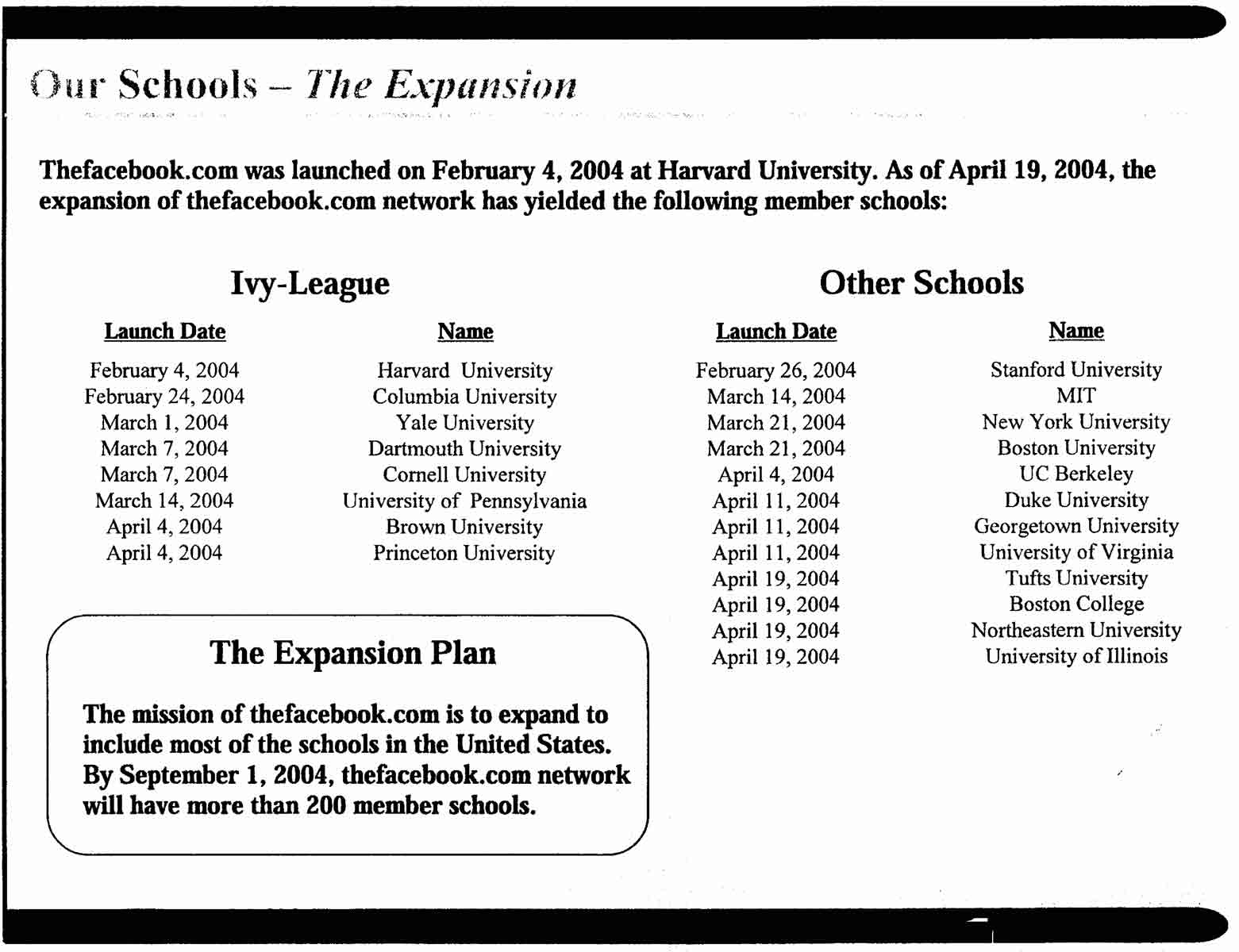 Besides the title, you have been following the footsteps of Facebook. Launch, design, and features are matching. Even the expansion plan within Ivy-League is the same. Facebook has become quite infamous for moving fast and breaking things. What would be your motto for offline if you would need to come up with one?

We are following in Facebook’s footsteps and doing a lot of things our way. One of the features we added to the original version allows users to share the information that is used to link profiles on the site. When someone lists the CS50 course in their profile, it generates a tag on the page that is usable by everyone. Clicking the tag will display everyone who is taking the course. If a user misspells a course name, anyone can edit it. Offline displays these changes across the entire site. There is also a complete edit history for all information. Each course, book, or movie has a visible network of people associated with it.

This feature prevents duplication and helps to keep the data organized, which is important for connecting people. We hope that giving users control over the data they add will create a sense of collaborative community. Inspiration for this feature came from Wikipedia and StackOverflow.

The concept behind Offline was not to reinvent the wheel but to take something existing and improve on it. We are using Facebook’s history as a lesson to know what mistakes not to make and to move forward without breaking things.

Steve Jobs famously quoted Picasso: ‘Good artists copy, great artists steal.’ We are not sure about our motto yet, but the saying applies pretty well in our case. 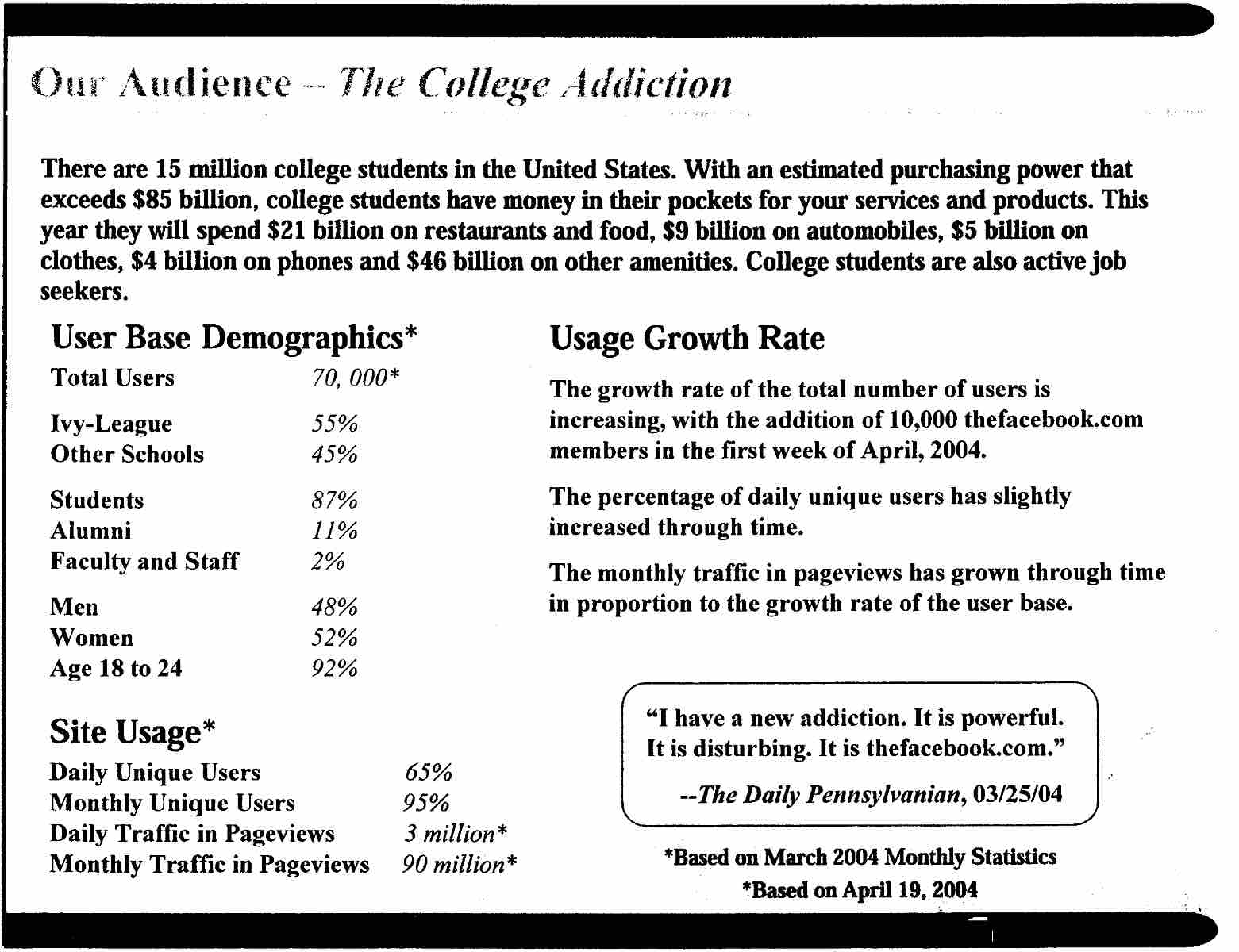 The Criticism of Facebook Wikipedia article states the following:

This article may be too long to read and navigate comfortably. The readable prose size is 103 kilobytes. Please consider splitting content into sub-articles, condensing it, or adding subheadings. Please discuss this issue on the article’s talk page.

I don’t worry about becoming the next Mark Zuckerberg. Facebook has always had many options to choose from going forward. They wouldn’t be able to repeat their mistakes today, even if they wanted to. People have become aware of their agenda. 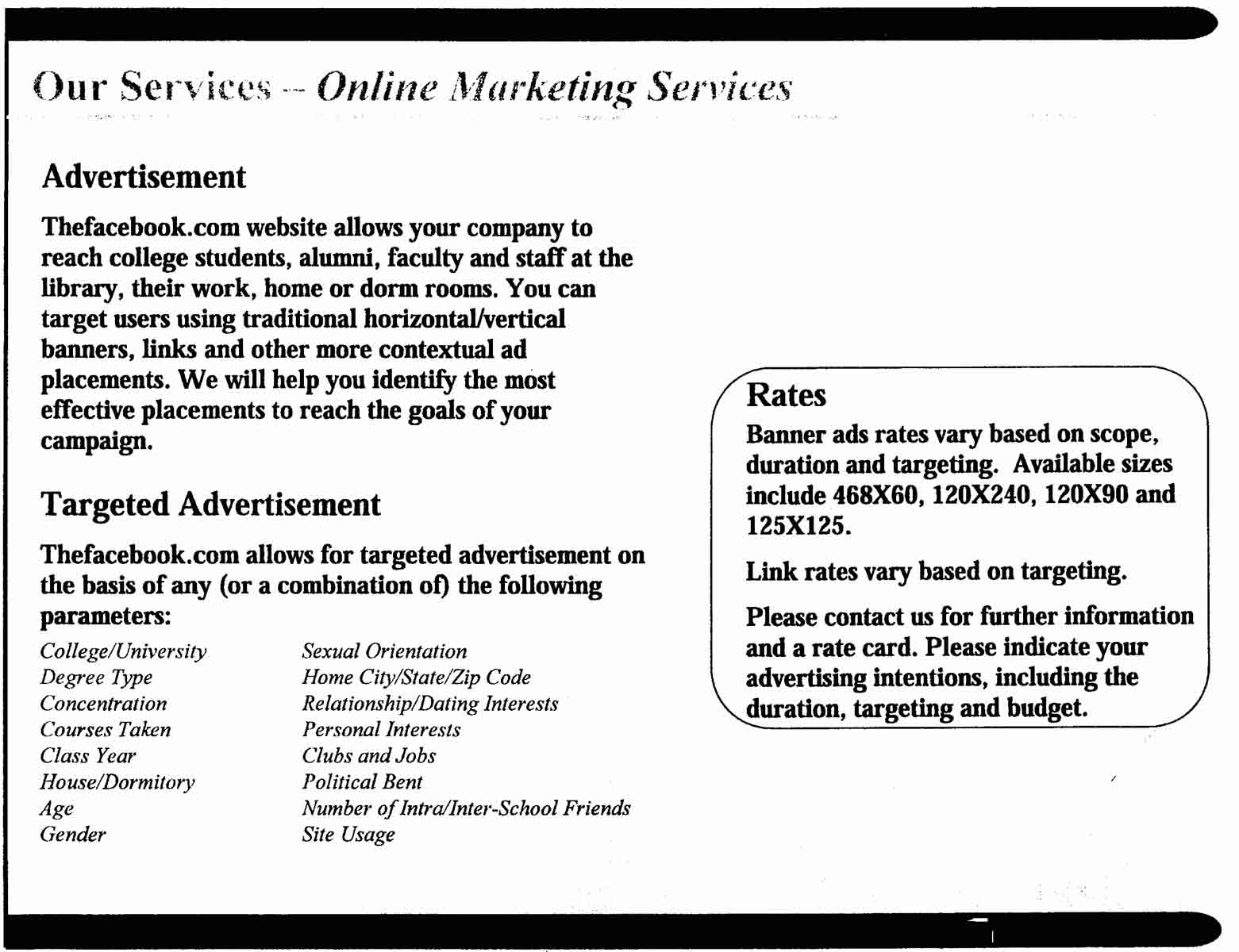 As you state in the FAQ, Offline is just for fun. At the same time, the responses you received have been plenty and overwhelmingly positive. It looks like offline is scaling. Looking at the current landscape of corporate social media, I see a great need for the adoption of alternative platforms. Let’s say you would need to pitch offline to an investor or potential user. How would you go about it? Any plans to serve ads? Will offline perhaps become open-source, decentralized, or federated?

Offline is still very young. Thinking about monetization is too early because we do not know what offline will become yet. Comparing it to the current social media platforms makes the challenges we have with offline seem very big. We still have a lot of work to do and want to make sure to get the first steps right. Our current focus lies in delivering something usable for students. Investors tend to emphasize that as well. 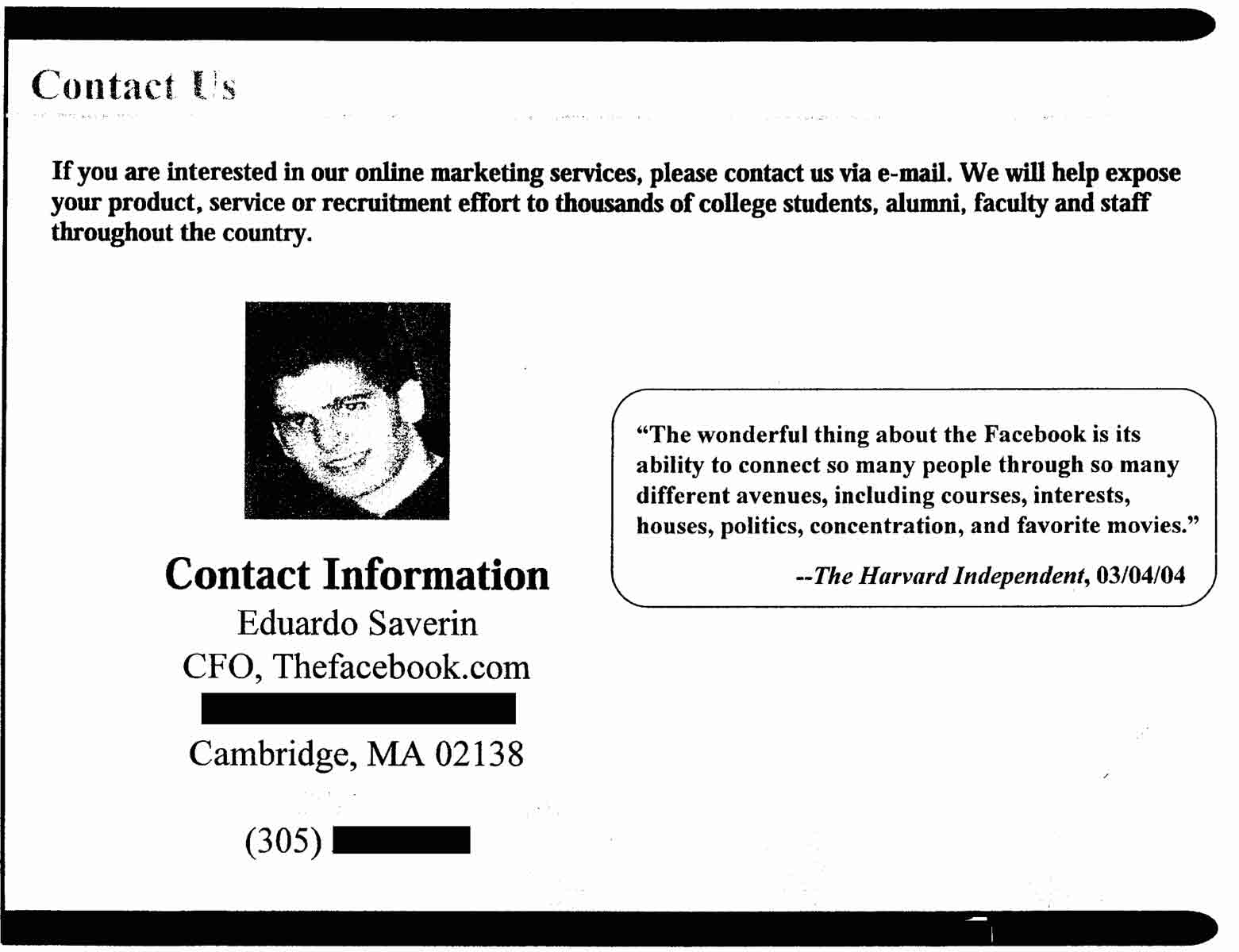 I’m using the CoSE algorithm to lay out an undirected graph that visualizes your social network. This graph displays how you, your friends, and friends of friends are connected. Graph theory algorithms are sets of commands used to analyze or lay out graphs.

Erald developed an interest in computers at an early age and taught himself how to program when he was 14. His most notable projects include a full-blown 2D game engine and an AI scheduling system. He has a deep passion for technology and wants to build products that can help people connect. He’s currently studying Creative Computing in London.

Talking about the aesthetics of big-tech is tricky. The ubiquity of flat, geometric sans-serifs, cutesy illustrations and their compulsively positive kindergarten appeal seems to be too easy of a target. How do you criticize something that is already so blatantly parodying itself? It seems like, everything that has been automated, A/B tested, and put into [...]