From February till June 2011 a team will focus on the main questions addressed in this Program Line #2 Public 2.0.

The LedItUp team consist of:

Led It Up is an international team which consists of the following members:

Helene is our French communications expert.She studied communication and information in Paris. Now she is in Amsterdam to work as an event producer for the project as she has experience in the event area. And she would like to learn some Dutch words!

Jorian is a student of Interactive Media at the HvA. Likes to play and listen to LOUD heavy metal and is currently employed as a webdeveloper. He will mostly be working on the technique of the project, as he has a wide range of experiences programming webapps, social media apps and websites.

Wilco is a student of Interactive Media at the HvA. Likes to make programs in his own time but also plays sports. The focus will be on making the program with Jorian. Did also classes in IT for programming in languages like: PHP, Java, .Net and several other languages.

Daan is a New Media student at the University of Amsterdam. He is interested in how new media affect our contemporary society. He is a social and easy going person who loves watching and playing football. Daan will be the manager and contact person of the team.

Lotte is a New Media student at the University of Amsterdam. Before that she studied Organisation Anthropology at the Vrije Universiteit for 2 years. After 5 years of university she’s eager to put some of her creative ideas into practice instead of papers. Personal skills: inappropriate jokes, LOUD laughing, eating extreme amounts of junkfood. 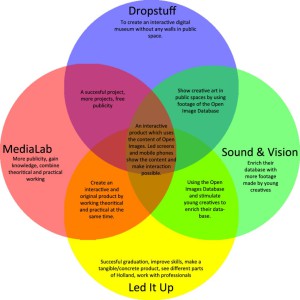