The second showcase of the Digital Publishing Toolkit conference highlighted the collaborative work of the subgroup of Valiz, Meeus Ontwerpt and PUNTPIXEL: Context Without Walls – a generative workflow with EPUBster.

The aim of the project was to create a digital (EPUB) version of Common Skin, a publication within the series Context Without Walls. This series of print publications – developed by Valiz and designed by Meeus Ontwerpt – focuses on contemporary artists worldwide through both essays and images. 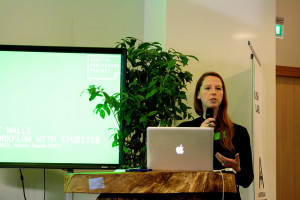 Pia Pol from Valiz introduced the project by immediately clarifying that the process of digitalising Common Skin was very challenging and ambitious. As part of a series with meticulous and extensive design, it was difficult to do the publication the same justice in a digital format. To attempt to do so, they created an online and open source tool – called EPUBster – to create, edit and publish this particular publication as well as to enable other designers, developers and publishers to create their own digital publications. 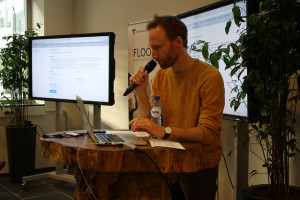 Jorrit Sybesma from PUNTPIXEL further elaborated on their creation of EPUBster as a web application for the creation and editing of digital publications. The tool was developed as a general purpose tool, although it does have some specific functionalities for Valiz and Meeus Ontwerpt’s “Context Without Walls” series.

Sybesma provided a concise overview of EPUBster by running the audience through the four main components of the tool’s straightforward user interface:

The four sections create a very flexible workflow in which the user can switch between sections at any point in the creation process. Once the user has filled in all the required metadata and finished creating, editing and styling chapters and content, the EPUB can be generated. You can read more about the development of EPUBster here. 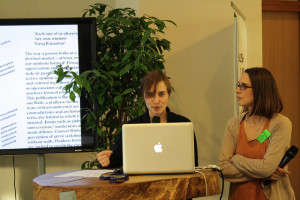 Janna and Hilde Meeus from Meeus Ontwerpt designed the original print version of Common Skin to demonstrate the rich layers of text and imagery they were presented with. As an academic text, there were a lot of footnotes, quotes and index words. Therefore, they created a book that showed this rich layered text by incorporating many layers around the core text. For example, the margins contain index words to serve as both an entrance to the text and to build a vocabulary for the series. 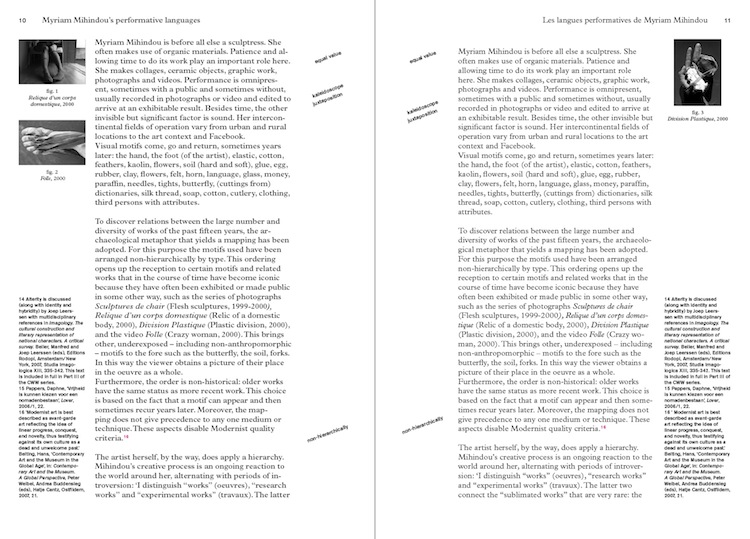 Janne and Hilde expressed that when they originally started the project of transforming the book into a digital version, they wanted to retain and expand on these characteristics that they had developed for the print version. They started off with a lot of exciting ideas for the digital version, e.g. incorporating videos and interactive margins, but they soon realised that, if they wanted the digital book to be accessed through different devices, they would not be able to incorporate the characteristics of their dreams. The only way to retain the potential for the spread of the book was to focus on making a simple EPUB that could be read by all devices.

In doing so, they were restricted in many ways. For instance, they could only use open source typefaces, margin features where not possible, and the design elements were, more often than not, stripped from the book, by the device. They were left with the question: Is there anything left to design?

In describing the process of creating the digital version of Common Skin, Janne and Hilde showed that they were overwhelmed by the feeling that EPUBs are not controlled by people but rather by machines. Therefore, their role as designers was simply to ensure that they could produce an error-free publication so as not to disturb the reading process.

The end product had to change a lot from the print version, e.g. different colours, typefaces, and the elimination of notes from the margins. After trying to use EPUBster as well as working with PUNTPIXEL to make EPUBster suit their needs, Meeus Ontwerpt needed to look to other tools to minimise the amount of problems they were being faced with. In the end, the EPUB was created using an EPUB editor called Sigil.

Upon completing the book, Janne and Hilde asked the question, “What can the role of the designer be in the digital publishing process, if it is not only to make an EPUB that is free from errors?” They now see the potential for experimentation and feel that there are indeed a lot of possibilities but they are at present not evident and will only be exposed through further experimentation.