Like waking up from a bad dream, I asked myself how the ‘Final Solution of the Meme Question’ could run its course. Memes are haunting us. Everyone talks about them. The survival of our planet seems to depend on our critical understanding of meme design. There’s currently an interesting thread on the nettime mailinglist about this issue. As memes have been around for a good two decades, I decided to consult Oliver Vodeb, member of the Memefest Kolektiv and founder, editor and curator of Memefest Festival of Socially Responsive Communication and Art. Originally based in Slovenia, founded in 2002, Memefest is a “festival of radical communication, which encourages students, academics, artists, professionals and activists to interrogate the commercialisation of everyday life, focusing on the media and visual communication environment.” If you want to know more, the P2P Foundation Wiki has an interesting page on the original idea of Memefest. As Oliver Vodeb moved to Melbourne, the festival moved with him. In his new role as overworked academic teacher, I asked Oliver about the original ideas about memes of 15-20 years ago, and how he looks at the recent memes & alt-right controversy.

Geert Lovink: When did you hear about memes for the first time and what’s the history of the name ‘Memefest’?

Oliver Vodeb: I heard about memes in the very late nineties as an undergraduate student, in a time when the concept became more known within media activist circles. I remember reading Media Virus by Douglas Rushkoff, which I really liked, and then I engaged into more academic theories of memetics. The explosion of internet-driven media activism and networking at around the year 2000, together with a deep enthusiasm about new media’s liberating potential, made memes an attractive concept, both theoretically and practically. One would see a memetic principle in action on a regular basis and because back then the Internet was by far not as regulated and centralized as it is today, people would be able to spread memes in ways that seemed really promising.

I remember presenting Memefest in Colombia at the Festival de la Imagen in Manizales in 2002. After showing some images submitted to Memefest, I was approached by a student from University of Bogota saying that one of the images I showed were hanging as a poster in their university. Someone had seen the original online, copied and appropriated it, made a print and stuck it on the university wall. While this doesn’t look like a big deal today, back then it showed the power of memes: an image originated from Slovenia was copied and used in a quite radical way at a university in Bogota. The cultural and language context was totally different and there were no personal or network relations, just a web site. At that time Memefest was not yet widely known as we had just started—but the meme had traveled and replicated.

Memes also claim a theoretical position, which I found interesting in the light of the purpose of what later became Memefest. In essence, we were interested in the decolonization of the public sphere and decolonization of knowledge, particularly knowledge related to creative production as design, communication, advertising and art. While advertising tries to distance itself from propaganda and communication design wants to distance itself from advertising, my view was that all of these areas are deep, ideological interpellations into capitalist regimes of knowledge production and value creation.

Memes were interesting because they were living and independent entities that want to infect a potential carrier. As a concept they provided a semiotic and rhetoric distance, which was useful as it implied that the quality of memes in terms of their social impact is something that is not necessarily given, but rather develops in time through selection. And this very quality of memes somehow detaches the level of ideas, cultural patterns, etc. from us authors, users, producers and consumers. The question for us was what is the role of us cultural producers was in this selection process. Memefest, in this sense, wanted to say that we could actually consciously design ideas, basically memes. In the early stages, a meta position that reflected on the concept of the memes, was used as a media strategy to critique the mainstream capitalist/corporate media and its design, communication and education culture. The question was: which memes do we want to design, rather than spread? Memefest definitely originates in a very enthusiastic moment of cultural production, which was in our case embedded in the media activist, politically engaged design, media and academic world. From early on Memefest was in that sense seen as a production meme. 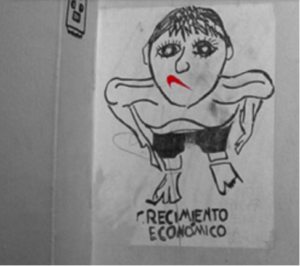 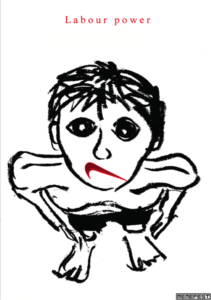 GL: Can we speak of a right-wing take over of the ‘meme’ logic?

OV: I agree with the thesis that the right-wing is using memes much to their advantage, as the left is more cautious about human engineering. I also think that the left tends to fetishize visual language much more than the right, especially in progressive social change/activist circles. Look at what happened to Adbusters. They have been (still are) embracing the meme logic for a very long time and they do not publish and use anything else than a sophisticated, slick aesthetic. At this point the right is more pragmatic, tough less sophisticated. Considering the attention economy today and the destruction of attention and the time people spend on screens and the number of images they see, sophisticated visual craft might be passé, except in situations and venues where people go in order to appreciate such craft. One needs to allow an image to work its beauty and richness on us by giving it attention. The most viral images on the internet are not sophisticated in the sense of craft or visual language, but they are potent memes. The best non-right wing approach I have seen in a long time is this (see full video) : http://www.memefest.org/en/gallery/works2014/1615/.

Its memetic quality in my opinion are in the visual simplicity in which these “culture jams” are being made, but more than this, Kyle uses face to face dialogue with police and citizens to get his message across and slows down the process of dissemination in a way that as a model is completely in opposition to the dominant meme machines that work with attention in the sense that they accelerate speed of dissemination. Their effects largely contribute to the destruction of attention. Perhaps what he is doing are not yet fully developed memes, but his strategy around memes of production is supreme. And with some help what he does could become viral.

GL: How did it happen that memes somehow seem to originate from the USA, or at least, we ended up associating memes with that particular country?

OV: If you’re asking me about the current US media landscape, I think Donald Trump is a good example. Why did he have so much more media coverage in comparison to the other candidates? While others tried to make arguments, Trump looked at the form. He was constantly serving small, crazy and controversial bits that were picked up by the media. These memes then unleashed other messages. The left should think much more about pleasure and the pharmacological aspects of media, design and communication and after that about arguments. The current US media works like a drug in the literal sense. Trump was good at keeping millions of people high, even tough it was a bad high. I agree with Bernard Stiegler when he speaks about destruction of attention and the resulting destruction of care. Technology enables this every day. The atomizing digital sphere does what Hollywood entertainment could not do now. What’s left is an addicted population. Technology can be added to the list of other drugs, especially pharmaceuticals and bad food. Memes seem to like an environment dominated by any kind of drugs. Unfortunately, bad memes result largely from a culture dominated by social networks like Facebook, produced and consumed by people on bad drugs.

While memes can build stories, todays data/media sphere is largely loosing its narrative. Trump acts without a narrative and this seems to correspond with how the media, especially social media, operate. The destruction of the narrative corresponds with what Rushkoff calls “the constant now”. In order to replicate the feeing of pleasure that we gain from the states of being in the constant now, we need to be fed bits of media without a narrative context because the instant, temporal gratification is what brings pleasure. Franco Berardi (Bifo) has been writing about the rise of use of cocaine in the creative industries because this helped people to focus attention. Have you seen the current fidget spinner craze?

Cocaine is still there, but as cocaine makes people high, so does media—and this is not new—we accept that never before media operated as explicitly as a drug and it never operated as a drug with such an addictive potential with such immense social costs. The USA is the most drugged nation in the world. Memes like this because with slight mutations they can travel fast and wide until they are able to make people high.

GL: Memes have always been a product of low-level popular culture. Does it make sense to pretend otherwise and move it into the visual arts context of galleries and the museum? Should we associate artists with memes in the first place?

OV: I agree, memes are a product of low-level popular culture and I would not pretend otherwise. The less memes are institutionalized, the more amateurs will use them and create better ones. Memes do not need a known author to be doing what they ought to do. The more the author is in the centre of a meme-based communication, the less the communication is about a particular issue. Since we’re interested in socially beneficial memes, galleries and museums should be kept away unless they want to contribute to our better understanding of memes and find a way to disseminate this knowledge also to non- professional and non- artist communities. Where artists (and designers) could contribute is in the less visible and tangible aspects of memes. Participatory processes, design of infrastructure—even on a small scale—the aesthetics of participation etc. To do this in a non-self-promotional way is not easy.

Graphic design’s epistemology as understood by the dominant design discipline and profession, for example, is tied to a tangible visual form that feeds back to itself. It is not capable of a process that would facilitate, because in the process of facilitation the image becomes dialogue, and disappears. (for more on this see here). The new frontier of critical, socially beneficial memes therefore is to find a way how to make more sense of the invisible through the lens of the pharmacological aspects of media, communication, design and art and develop alternatives.

Download as PDF The first part of this email exchange entitled “The Soros Center was a Perfect Machine” appeared in July 2019 in ArtMargins here and occurred on the occasion of the exhibition The Influencing Machine at Galeria Nicodim in Bucharest, curated by Aaron Moulton. The second e-mail exchange took place in March 2022 in [...]

Download as PDF (original here: https://bluelabyrinths.com/2023/01/02/the-end-of-the-internet-an-interview-with-geert-lovink/) In this interview, I talked with Geert Lovink about his latest essay Extinction Internet, Mark Fisher’s hauntology, the memory of Bernard Stiegler, the XR movement, and the phantoms of accelerationism. Alessandro Sbordoni: Today, platform realism makes us feel like another Internet is no longer possible. In your essay, Extinction [...]

Download as PDF (This essay draft was written in late 2021. Due to academic publishing blues, the Bernard Stiegler memorial anthology for which this contribution was written is now supposedly coming out in late 2023 with Bloomsbury. HH & GL) In this tribute to Bernard Stiegler, we highlight an obscure yet important episode in his [...]