It is becoming more and more obvious that Facebook wants to have a piece of Google’s cake. Not long after Facebook’s newest updates to its Graph Search, the social query tool is getting yet another refresh. In a recent blog post, Facebook just announced that users are now able to search for “status updates, photo captions, check-ins and comments” posted on their timeline as well as others’.

Search examples given by the company include the possibility of searching for “posts about Dancing with the Stars by my friends” which will offer results comprised by what their friends have posted or commented regarding the show. Another search example of the new feature is looking for “Pictures of me and my dog” or “My posts from last year”. 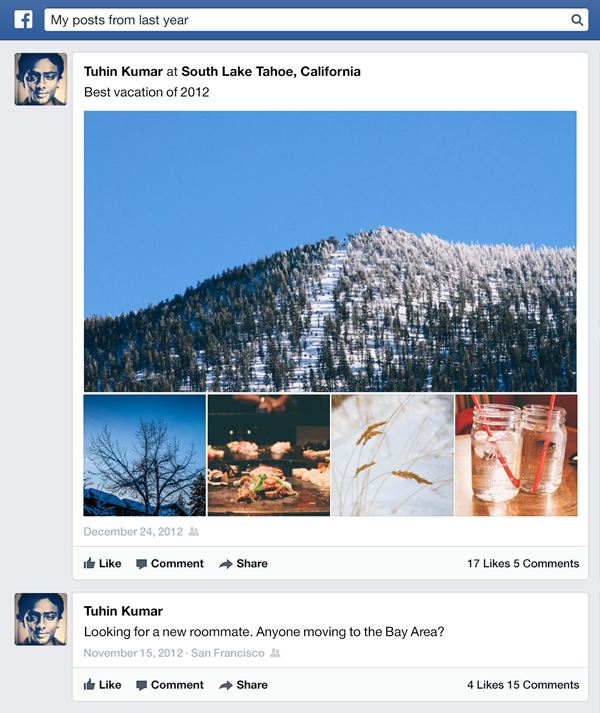 An already classic reaction among users is the privacy concern to which Facebook wanted to reply beforehand, by pointing to its privacy page which lets users revise and hide their past activity. Since it is still in beta testing, Facebook announced it will be rolling out the new feature to a limited private group of users.

The “graph search”, which is the generic name given to Facebook’s search instruments, is regarded as more or less competing with Google’s search engine but also with other services which permit search functions. And even though its current characteristics are basic, the semantic approach in Facebook’s search engine – typing “people who are friends with Mark Zuckerberg and who live in The Netherlands” rather than “friends, Mark Zuckerberg, The Netherlands”, as Google is queried, might appeal to more and more users in the future.