In her presentation, Isabelle Massu talked about her project, L’Iconopathe, stating that it first spawned two years ago, from her love of photography and archiving. The Iconopathe, which takes the shape of a website, is meant to showcase how photography has changed throughout the last 20 years. It is ‘looking at the people and how people are taking photos nowadays as opposed to the past’. The idea behind the project was to bring out these photographs from the past and present and organize them and show them to the people. Isabelle used Picasa to organize all these photographs, drawing inspiration from an exhibition from the 50s, called “The Great Family of Man”, which was organized by the Museum of Modern Art in New York, in the attempt to paint a portrait of humanity. The project, in the shape of a website, is her interpretation of what the creation of man looks like, through images told as stories in collections, from birth, going to important life moments such as weddings and then ending with death. 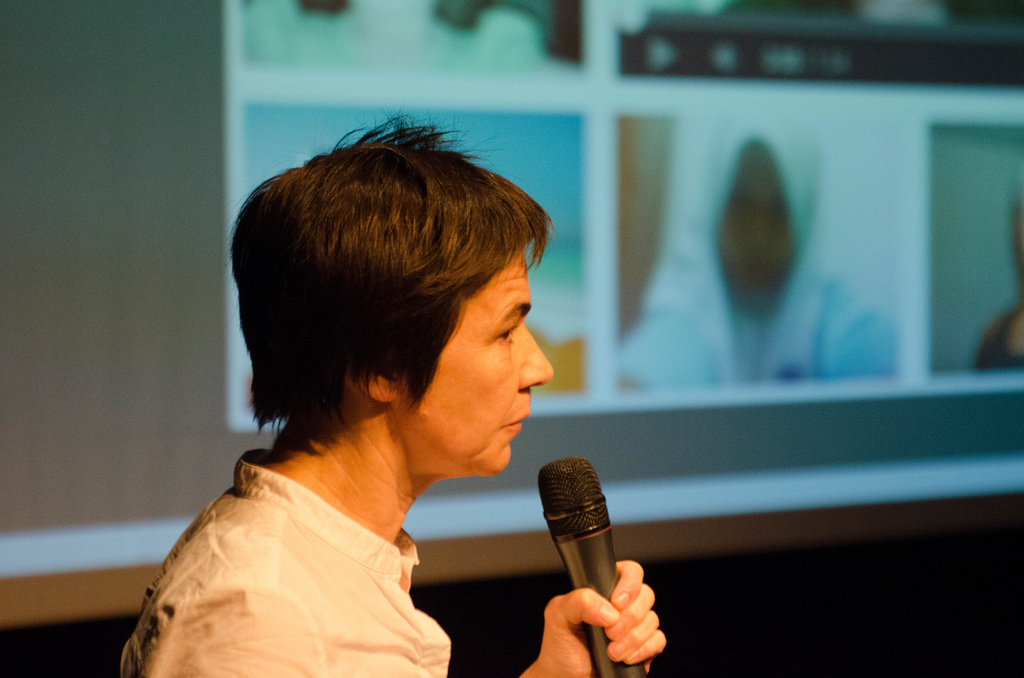 Through the Iconopathe, Isabelle Massu tells the story of the Google family, ‘one of the most popular  families in the world, through its family album – Picasa’. She calls this a democratic tool where everyone can contribute with their life stories. She organizes these life stories in albums which are focused around a central theme. Isabelle also mentioned her ways of searching for photos, which was mainly through Picasa tags, labels and categories, but also randomly navigating around images.

The end purpose of The Great Family of Man, as stated by the artist, is to present how people are using photography lately and what kind of meaning they give to it, what photos get to be uploaded online for the world to see and how they can be organized into a story.

Society of the Query #2 – Isabelle Massu: The Great Family of Man from network cultures on Vimeo.