Short interview with Siva Vaidhyanathan from network cultures on Vimeo.

Society of the Query #2 kicks off with a mind-boggling presentation by Siva Vaidhyanathan, author of The Googlization of Everything. With the steady revelations throughout the summer of 2013 about the United States government’s programs and powers to monitor digital communication, mine metadata, and circumvent encryption, it has become clear that corporate habits once devoted to maximizing market share and targeting consumers serves a much larger and more nefarious interest. According to Siva Vaidhyanathan, the relation between governments and companies has been very interesting subject in the past few weeks. Let’s take a look at the company that decides what matters on the Web: Google. 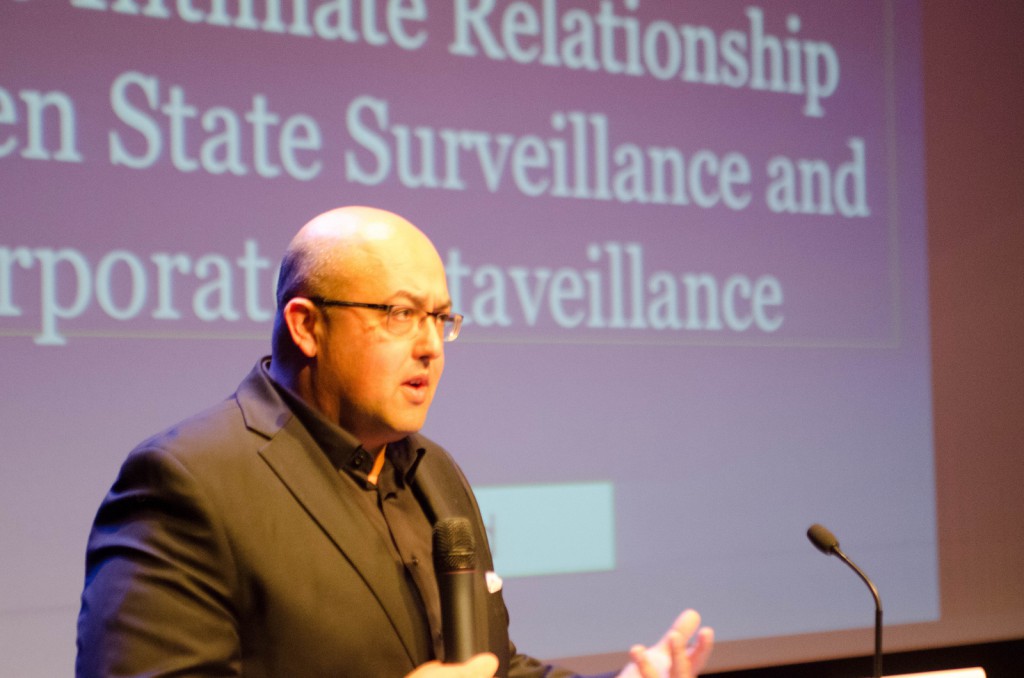 Google seems to read our minds. It knows a tremendous amount about us, Vaidhyanathan states. From the perspective of Google, we are not supposed to understand algorithms. All we have is a rough idea of how a page is ranked more high than others.

Beside that, Google is in a process of change constantly. Almost every year, there are substantial changes made. So every time that we try to get a sense of what Google is doing, it eludes us. A social science about search is therefore almost impossible. Every experiment counts for one day; Google remains a black box for us.

In the meantime, Google tries to become the operating system of our lives. Their long term interests lie in wearable devices like data driven and data managed objects and clothes. Google, Facebook and Apple are winning this game in smart devices. While Google is already the operating system of the Web, it wants to extend this further. On the Web, Google decides what matters. It decides on what we understand to be true, important and relevant. The dominant position of Google can be explained by the massive datasets that they have been capturing for decades already. It is not about their algorithm, but about the data. In fact,  Google has more than a decade of record of our dreams, our desired and nightmares. It is able to read our minds.

It is incredible how much we have outsourced to one company. Their dominant position will remain as long as the circumstances stay somewhat the same.

The mission statement of Google is tremendously audacious, namely ‘to organize the world’s information and make it universally accesible’. Apparently they have the licence to do so. Although Google creates friction with projects like Google Streetview, they always get away with it. According to Siva Vaidhyanathan, this has to do with what he calls Corporate Social Responsibility. Companies like Google have a firm believe that what they do is best for the world, and make this explicit. This will be the subject of the upocoming book of Siva Vaidhyanathan. The purpose of companies like Google is to serve multiple stakeholders and they are concerned beyond price and quality. 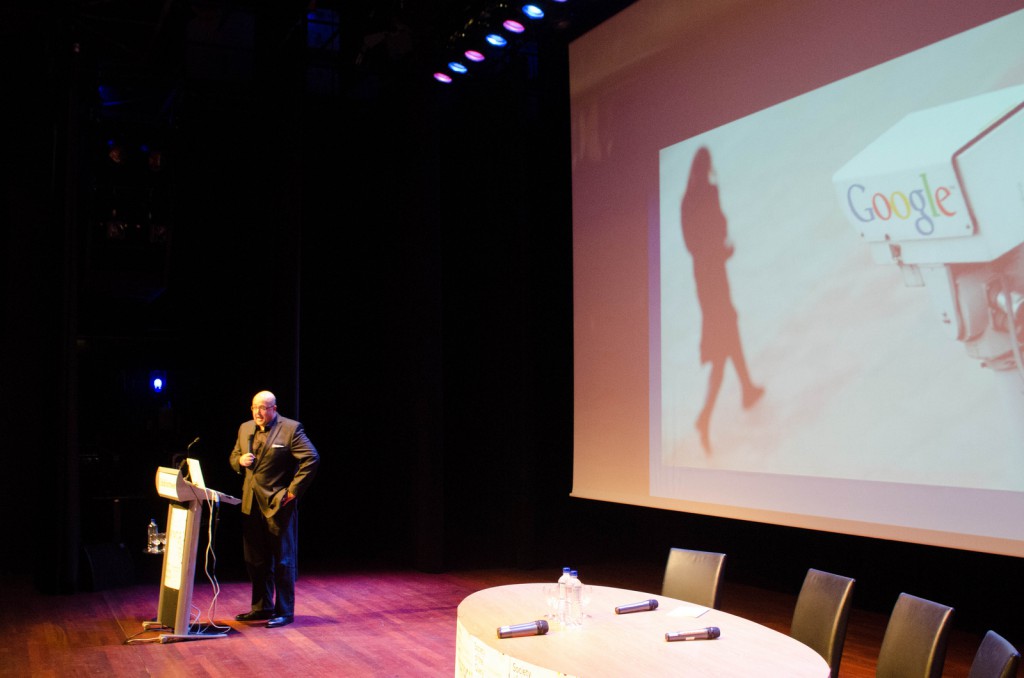 In fact, Google has been the most instrumental surveillance in the history of the world, with us volunteering information. Since June this year we know because of the leaks by Edward Snowden, that there is a massive surveillance by the United States National Security Agency. All phone records are subject to analysis, they are tracking GPS signals and there is a pervasive survaillance of political leaders of Germany, France etcetera. Google is somehow a victim of this agency. They released this statement:

“Google cares deeply about the security of our users’ data. We disclose user data to government in accordance with the law, and we review all such requests carefully. From time to time, people allege that we have created a government ‘back door’ into our systems, but Google does not have a backdoor for the government to access private user data. … [A]ny suggestion that Google is disclosing information about our users’ Internet activity on such a scale is completely false.”

Siva Vaidhyanathan emphasizes that when you Google “Google cares deeply”, you get:

It is interesting when you read the statements by Eric Schmidt, former CEO of Google. In 2010 he declared the following about Google:

In reaction to the leaks by Snowden, he stated:

The real danger [from] the publicity about all of this is that other countries will begin to put very serious encryption—we use the term ‘balkanization’ in general—to essentially split the Internet and that the Internet’s going to be much more country specific. That would be a very bad thing, it would really break the way the Internet works, and I think that’s what I worry about.” (2013)

“There’s been spying for years, there’s been surveillance for years, and so forth, I’m not going to pass judgment on that, it’s the nature of our society.” (2013)

After MUSCULAR – software that collects data from Google and Yahoo – was revealed, Schmidt was actually shocked:

“I was shocked that the NSA would do this — perhaps a violation of law but certainly a violation of mission,” Schmidt told CNN. “This is clearly an overstep.” (November 2013)

Apparently, the NSA has managed to tap into highly encrypted documents. According to Siva Vaidhyanathan we are just starting to learn about these relationships between state surveillance and corporate dataveillance. We should investigate how power is flowing here.

After the presentation, a member of the audience asks why we should really care about Googlization. Siva Vaidhyanathan answers that the level of dataveillance that one company has, entails that there is a significant risk. Moreover, we do not know what we are not finding, which is very important. There is no short term problem with Google, it works well most of the time. But what is fundamental, is that Google is something we should understand better. We should become smarter users, and look for alternatives. There are many reasons to encourage diversity in our media ecosystem.

Society of the Query #2 – Siva Vaidyanathan: The Leviathan and the Cryptopticon from network cultures on Vimeo.