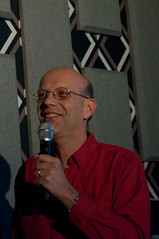 The opening ceremony of Winter Camp 09 began last night at Studio K in Amsterdam. The 12 groups that had been invited to participate came from many countries from around the world and filled the small stadium-seating theatre (typically used for screening movies) to its maximum capacity. Interestingly, not everyone within each of the groups had met in person before Winter Camp, so for each of the 12 groups it was an amazing opportunity to shake hands with group members who were previously separated by wires and oceans.

Geert Lovink welcomed all 150 participants, and then went into a brief explanation of the funding and planning for Winter Camp over the past year. 115,000€ had been raised of which 25,000€ went to the transportation costs for brining the participants to Amsterdam, 100,000€ was used for the venue and accommodations, and the other 25,000€ was used for miscellaneous functions such as the brochures, supplies etc. 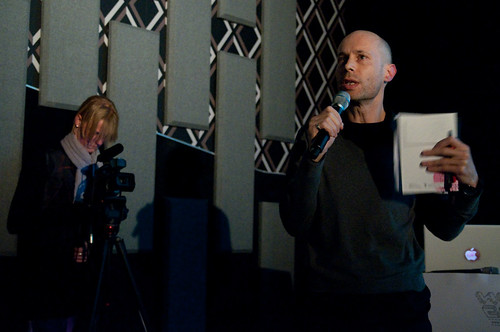 Ned Rossiter, Associate Professor of Network Cultures, followed Lovink with his hope that over the next few days we could attempt to address the important question, “how do we move beyond the current phase of the network condition?” The question of the network vs. the institution has been one of the key motivations for Winter Camp. Rossiter reminded us of how the institutions have been taking advantage of networks and open-source technologies for many years, and wondered why the networks shouldn’t take advantage of what the institutional model may or may not have to offer? 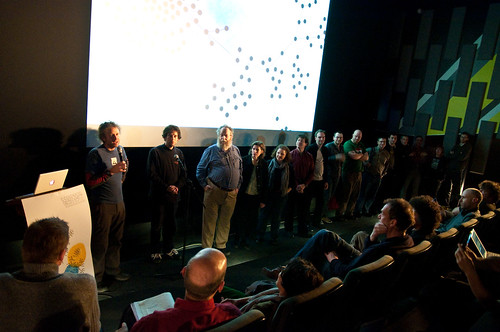 Shortly after Rossiter, each of the 12 groups had a five minute lighting-round introduction, while in the background a PowerPoint shot through the details of each network’s scope, goals, members and financing. The artist collective GOTO10 somewhat timidly filed down to the stage, but soon warmed up as they professed their love for spreading FLOSS to “digital creatives and art geeks” around the world. 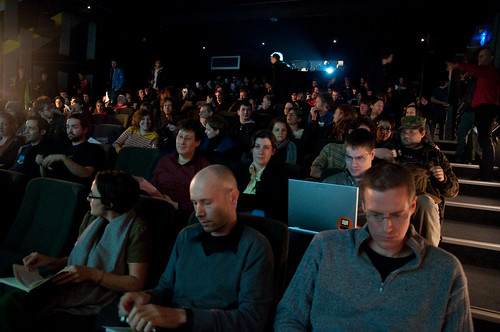 Next came DYNE.ORG who relaxed the tone of the evening as they rapidly handed off the mic – each shouting out the first word that came into their head that describes DYNE.ORG. They used words like “video”, “copyleft”, “activism”, “openness” and “whatever”. After all 12 networks had introduced themselves, it was clear that the words activism and openness are what lie at the heart of everyone here at Winter Camp.