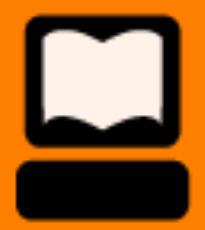 When I joined the FLOSS manuals workshop on Thursday morning, I wasn’t sure what to expect. FLOSS manuals were a pretty obscure territory for me. I decided to settle in a corner and observe the members to gradually learn more about the network, their goals and strategies.

The workshop was managed by Adam Hyde. Adam is an artist, broadcaster and educator, who combines his understanding of radio art and broadcast technologies with software development and open source radio streaming. As a result of his involvement with FLOSS (Free/Libre/Open Source Software) radio (Radioqualia) he encountered a basic lack of FLOSS Manuals on radio distribution technologies in specific and other software in general. This is the reason why Adam founded FLOSS Manuals in 2006.

The workshop revolved around the organization and more technical matters involving an upcoming Book Sprint, a concept I had never heard before. A Book Sprint is a get-together of a group of people that aim to rapidly develop a finished, comprehensive text, that can be distributed as a book or edited and downloaded online. In the month May alone, four Book Sprints (and subsequent publications) are planned on Linux, Pure Data, Firefox and Open Translation Tools. This practice has resulted in a rapid growth of publications by FLOSS Manuals.

One of the results of the past Book Sprints is a manual on How To Bypass Internet Censorship. This (partially technical) manual is written in 5 days and consists of 200 pages describing the very basic steps to more complex actions an individual can take to avoid or circumvent internet censorship implemented by for instance governments and schools. An example of a very direct tool that can be used to get around censorship is the use of translate sites like Babelfish for surfing otherwise (locally) blocked websites. How To Bypass Internet Censorship is available as download or as a print-on-demand.

This form of publication leaves space for remixing the book. Users can add and change content and choose to publish combination’s of different chapters available on the website via the self-publish services from Lulu. Still, the physical publications create a different form of access and enables FLOSS Manuals to reinvest money back into the collective.

In 2007 the Digitale Pioniers awarded the FLOSS Manuals initiative with a grant to translate their work into Farsi (Persian), and other languages. Anybody can join FLOSS Manuals by registering online or by signing up to the mailinglist. Over the past 2 years, 200 people registered of whom 30 are more or less actively involved with the work, and communicate mainly through IRC and a mailing list. Right now the network’s main problem is its fast growth, the capacity of the servers and the correction process of new information.