Creative Labour, an offshoot of the Euromayday network, concentrates on the crative sector. Its members are social activists who are committed and (sometimes too) passionate. It wants to offer an alternative to the labour movement where new issues, eg precearity, can be discussed. Creative Labour learned a lot during the Winter Camp and the event had a huge impetus for them to keep working. Its members hardly ever have the possibility to work focused without working on concrete campaigns. 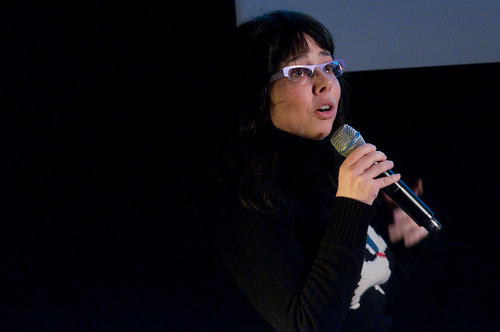 Its members are working in diverse socio-cultural settings and countries, campaigners learn from each other and continue to share expertise. The Creative Labour used the Winter Camp to do some extensive mapping and increase its understanding on who its natural allies could be, analyze its own position and discuss previous interventions. Its actions are as diverse as campaigns during fashion weeks and producing internship survival guides in creative sector.

Creative Labour also spent time discussing institutions and counter-institutions, and managed a design trade union representative, but unfortunately did not manage to meet with their neighbour MyCreativity which involves policy makers.

As Zoe Romano explained, being an activist & creative worker has blurry boundaries.

To better understand the identity of an activist/creative worker, she has expanded the so-called Love-Growth-Cash Triangle which measures how much one is learning, how much love is inputted, how much money one gets by doing a job?
The results are far from rosy, the resulting reality scenarios differ from Entry level job; Shit work but it pays the bills and Just a hobby. 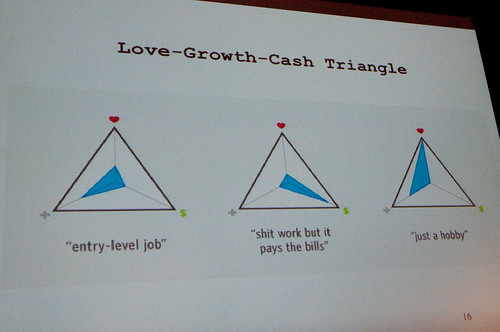 However, factors that count in a creative workers life are personal fulfillment, learning new things, money and social valorization. The triangle therefore needs to be extended to a Square including the factor recognition, and the expectation of happiness.
The two resulting realities then end up being working pro bono or doing temp work in a big brand; and one discovers that there is a rather big difference between the expectation of happiness and the real level of happiness.. 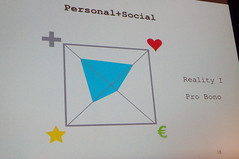 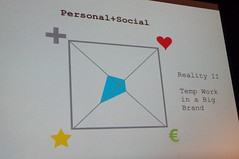 Apart from these factors, also the social/environmental impact of the work (extending from me, myself and I, to the impact of one’s work to the whole society). Therefore the square needs to be extended to a Pentagram of Creative Work, including ethical value. 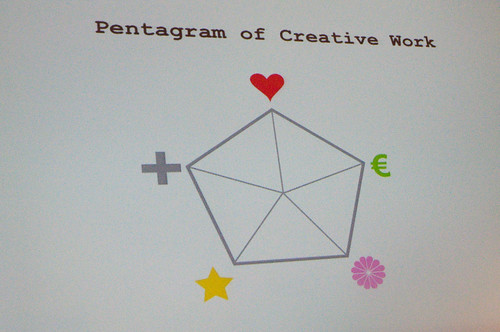 The resulting scenarios would be happiness with big brands or happiness with social brands. There is a need for two complimentary paths: What would be needed are institutions gathering resources to pay people to do good things and to build spaces for increasing social valorization. 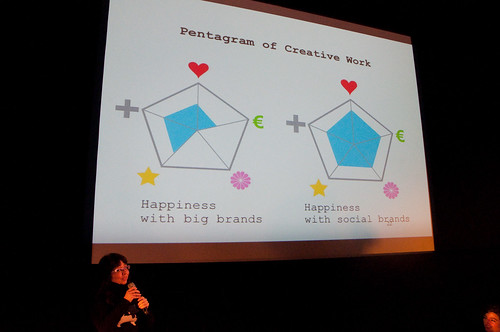 Creative Labour is interested in finding new members and increasing its knowledge and expertise: http://n-1.cc