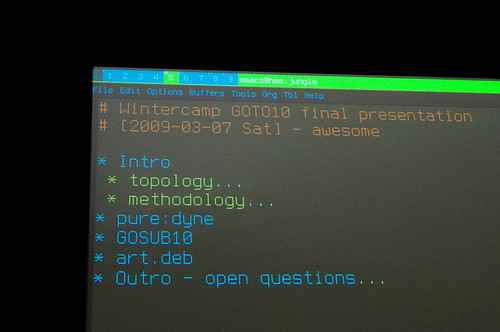 GOTO10 describes itself as an invite-only network, so although what it produces is 100% open (Free/Libre Open Source Software), its organisational structure is very closed. You could also describe it as a friendship collective; member’s skills are secondary to friendship. GOTO10 knows a high level of trust, any of the currently 11 members can initiate ‘anything’ by lazy consensus. All communication and distributed working happens online via IRC, but face to face meetings are perceived as very important and take place at least twice a year during the MAKE ART FESTIVAL in France and for general housekeeping purposes. 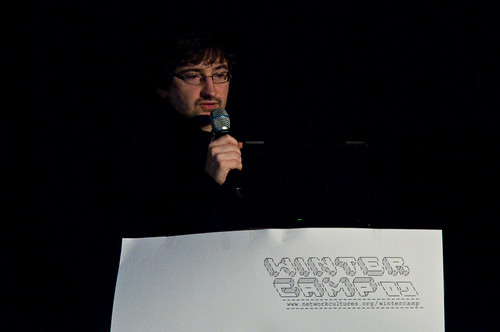 GOTO10 is self-organized, and finances itself by project grants. Depending on the project, members take on different roles and levels of engagement. Although GOTO10 does not want to grow in (network) size it is highly collaborative; and it is trying to collaborate with other networks, organizations.

One of its largest and very collaborative projects is pure:dyne. To give some examples of collaborations between GOTO10 and other Winter Camp participants, Alejandro Doque is planning to make a Columbian version of pure:dyne in collaboration with an art magazin, Matt Ratto (Critical Making Lab of the University of Toronto) and James Wallbank (workshops at Access Space in Sheffield) use pure:dyne, and  Ramiro Consentino is going to work in collaboration with GOTO10 on streaming software of pure:dyne.

Another GOT010 working method is described as sprint – the initiation and intense non-stop working on ideas. 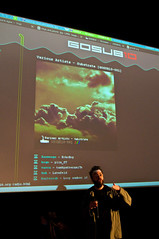 During Wintercamp, GOTO10 did a sprint on gosub10, a project that had been in the pipeline for 4 years but which they never managed to pull off. Gosub10 is a net label that celebrated its first release on 6 March 2009. It includes a streaming radio station and releases all source code of the individual tracks where possible, so that there is a possibility for users to remix source code.

Another project that GOTO10 had planned to work on but still needs some more time to develop is a FLOSS repository for software art. The project is currently still in its preparatory stage.

To conclude, GOTO10’s outro highlighted some issues: Their artistic research/flow is quite opposite to product design, and its processes are very often very unfinished. GOTO10 describes itself as a ground to sow seeds; as a collective at the cross-roads of networks than a network itself, but whatever its typology it stresses that a network is not an end in itself but a playground. 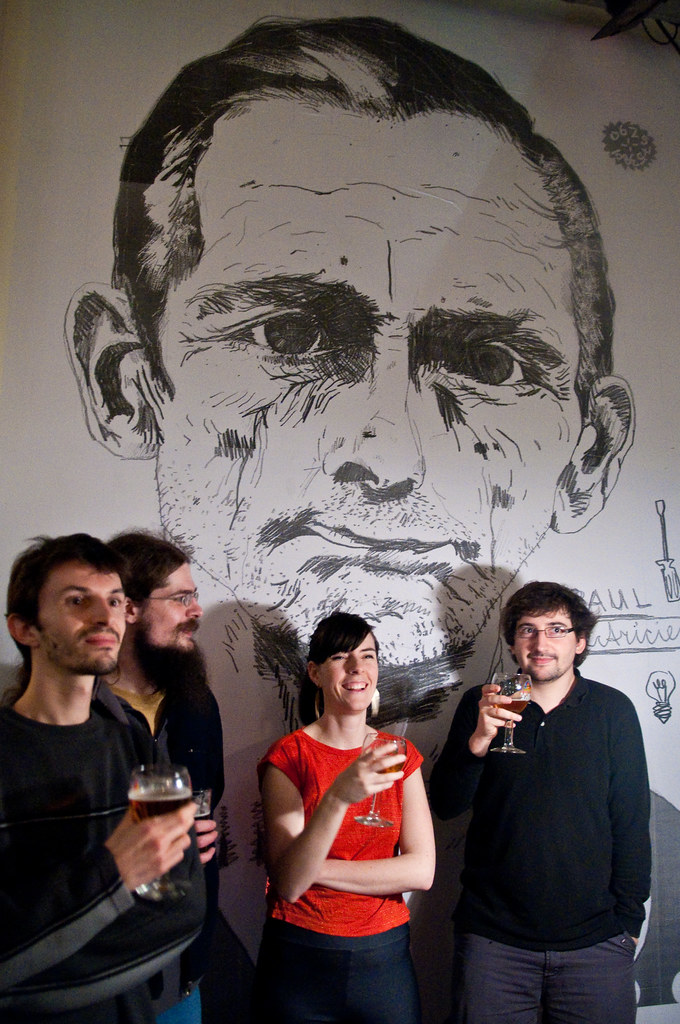