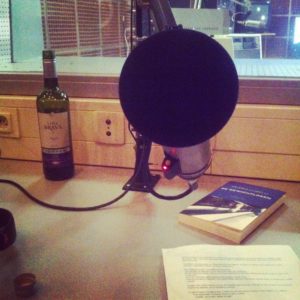 A growing international network of researchers, practitioners and organisers within the field of art and cultural criticism is forming. The aim of network is to help establish a multiplicity of critical cultures in Europe. The network will apply for grants, exchange best practices and experiences, develop theoretical knowledge, make interventions in the field, and produce publications, workshops and conferences. The network is coordinated by the Institute of Network Cultures and is open to all interested parties, both academic and non-academic. For more information contact Leonieke van Dipten on leonieke@networkcultures.org or Miriam Rasch on miriam@networkcultures.org.

The aim of the network

Technological, economical and aesthetic developments in what is called ‘the fourth industrial revolution’ have put considerable strain on public critical reflection, quality publishing and investigative journalism, and art criticism specifically. The accelerated nature of the internet, the decimation of revenues online, the severe budget cuts in the cultural domain, and shifting political perceptions of the role of arts and culture have put the field in a tough spot.

Why is that a problem? Critically assessing artistic and cultural productions in an open and inclusive media sphere is a prerequisite for a reflective society. Europe especially has a long history, at least since the Enlightenment and running up to this day, of appreciating reflection on art and cultural productions in this way. It offers a platform to formulate both ethically and aesthetically what it means to be human (together) in a given time and place; to critically evaluate the desirability of the status quo; and to envision possible (other) futures. In this way, art criticism is connected to the establishment of a critical culture, which can be seen as essential to a strong democratic culture. Unfortunately, parallel to a decline in appreciation of democratic values across Europe, this cultural heritage of a reflective tradition is in risk of diminishment. The need for critical cultures, which should be open and inclusive to multiple groups in society, and which is called for both on the local and on the inter-local or international level, is obvious and at the heart of European policies and movements of change in many countries.

Digital technology, which may have caused a large part of the uproar, can also play a significant role in stimulating and renewing critical cultures. Technological advances present opportunities to open up to new audiences and to directly involve target groups, and as such to cater to more inclusive and diverse critical cultures. Next to that, digital technology offers innovative possibilities to generate revenue. However, possible affordances are not to be taken for granted. Existing tools and media are often US-based, closed-in and not very transparent (like Facebook, Google and Amazon). Their influence on the European field of art and culture criticism cannot be overstated, but it is not immediately obvious how such platforms can be used to the benefit of the specific field of criticality, arts and culture.

It is therefore necessary to actively pursue, investigate and stimulate ways in which strong critical cultures can profit from digital technology. To this aim, this network brings together researchers, practitioners and institutions. How technological affordances can help reinvigorate and strengthen critical practices within a broad societal context is worked out in more detail in the four thematic subsections below.

INCLUSIVITY. Advocating inclusiveness of minorities and underrepresented groups in the critical debate
How can technology be used to stimulate critical cultures with different voices, in terms of gender, age, socio-economic or ethnic background? How to make the role of the public more prominent, using a bottom-up approach? Collaboration with different audiences calls for a local focus, which then feeds exchanges on a broader regional, national or international level. New audiences also call for new editorial processes and are a possible entry gate to new revenue models. Interventions in the local critical debate (and in the local language) are exchanged on an inter-local level.

REVENUES. Innovations in revenue models and finances catered to small and/or independent businesses in the arts and cultural publishing sector
The financial organization of critical practices has come under a lot of pressure in the past decade. State funding has been cut across Europe, while in many countries (for example experiencing political tensions), using state money can mean a compromise to begin with. The free market raises its own issues, for example in the shift of the advertising landscape to Facebook and Google. How can a viable critical culture remain transparent and ethical? What innovations are there beyond models reliant on donation, crowdfunding, and online subscription, and that take into account the wish and need to reach different audiences? How can the critical field reduce its dependence on existing media monopolies, or use them to a more sustainable benefit, applying and bending the possibilities of data mining and other ‘post-digital’ practices?

POSTINTERNET. Post-digital aesthetics and work modes in the context of the fourth industrial revolution
An inclusive and technologically minded art criticism should have attention for inclusive and technologically minded arts. What do contemporary art practices demand from critical assessments, when it comes to concepts, formats, methods? How do post-internet art and post-digital aesthetics – in which the offline and the online have become indistinguishable and the roles between artist, curator, public and critic have blurred – interrelate with the technological developments of the fourth industrial revolution? Data manipulation, automation and fragmentation take on their specific shape in the critical domain, where they have the appearance of for example fake reviews or bots polluting the public debate, deserving attention from both a technical and from an aesthetic perspective.

EDITORIAL. Designing editorial processes for a new generation
A sustainable critical domain needs to organise itself so that it can cater to the call of inclusivity and making revenue, while at the same time functioning as a breeding ground for the next generation of (professional) critics and cultural and artistic forms. This calls for editorial processes that work in open, lean, flexible and technologically minded ways. What kind of digital tools are needed to shape a critical culture that is inclusive and resilient? Existing forms and strategies and promising concepts for a ‘fourth industrial revolution criticism’ will be evaluated and new formats and methodologies will be developed into concrete, easy to use products for researchers, editors and critics.

This is a guest post by Axel Andersson, editor-in-chief of Kritiklabbet in Sweden. The etymological link between criticism and crisis (via the Greek krinein) has been explored extensively by critics. Given the varying results of this operation, one may state that it might even have become its own enemy. Is criticism in crisis? Well, criticism [...]