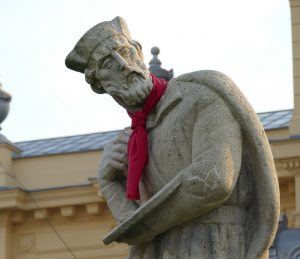 Image by Stjepan Zlodi from Pixabay

This is a guest post by Axel Andersson, editor-in-chief of Kritiklabbet in Sweden.

The etymological link between criticism and crisis (via the Greek krinein) has been explored extensively by critics. Given the varying results of this operation, one may state that it might even have become its own enemy. Is criticism in crisis? Well, criticism is crisis, else not much new is under the sun. At the same time, there are decidedly new things impacting criticism. To begin with, the digital revolution and the collapse of traditional media, presently accelerated by a global pandemic.

However, our current situation might suggest another interpretation of the predicament of professional criticism, which since the 18th century has had a key role in the public sphere. What if the crisis of criticism is its foundational modus, not in terms of always needing to change, but as delineation of an institutional and discursive position that is always both one thing and its opposite?

That which finds itself under threat today might be crisis qua crisis: the balancing or oscillating point of indecision that precedes decision or the margin of indecision that characterizes deliberation. A middle ground not in party-political terms (and not understood as a liberal center), but ‘merely’ one where it is not necessary to take sides before some kind of serious reflection has had time to develop. When this is lacking there are profound repercussions for criticism, but the lack is at the same time a deliberative deficiency that criticism necessarily must critique. The question is: from what position? The dissolution of a true crisis in a false one has become synonymous with the disappearance of the institutions and platforms of critical discourses and practices.

It is evident that the reflective and deliberative space of criticism has become suspicious in the current techno-social imaginary: a ghostly vacated void around the sharp edges of contemporary conflict. We live in a time marked by negating prefixes of the English language encircling the globe: the a-, de- and dis-, il-, in- and im-. Not in the least in recent times: in concepts such as im-munity (a term deriving from the juridical concept of being free or exempt from a liability or charge) and the a-symptomatic. Binary (connecting to the origins of mechanical computation) markers of the opposite of something. A planetary cancel culture, from both right and left, that has become all-out Schmittian in its conception of politics as relying on an external enemy, as opposed to an internal and equal one.

In many respects the 21st century culture wars appear like a farcical version of its mustachioed (and admittedly already comical) late-19th century relative: the Kulturkampf between secular state and religious authority. The two sides of our present progressive/reactionary divide superficially disagree on the issues, all of them to be sure, but profoundly concur on the essential need of a clear-cut narrative where every right is accompanied by a wrong and vice versa.

Enters a pandemic with muddy boots in the foyer of history. The contemporary responses proved able to do little more than accentuate a contemporary replacing of differences with binaries. Either closed or open borders; either total quarantine or total denial. Failed or successful strategies? Winners or losers? Media and politicians have done their very best to circumvent the essentially complicated nature of health; which always exists on a continuum (as does politics). We have forgotten that, as the French doctor and philosopher Georges Canguilhem once argued, health is not an avoidance of disease, but the ability to overcome it.

The evident losers of the pandemic, as of the culture wars it superimposed itself on, are the traditional media and the larger world of non-commercial culture that both are, and increasingly will be, under attack from platform capitalism advancing in the economic downturn. It is in this realm that professional criticism exists. This is maybe the most serious crisis of the crisis of criticism, and in more ways than one.

We have on the one hand the pernicious problem of de-funding that cannot, however tempting, be met with a simple ‘resistance’ and ‘defense’. In the world of higher education, the example of Australia seems particularly illuminating; its reactionary government adamant to being on the forefront not only of global warming, but also other areas of global stupidity. In 2017 and 2018 its minister of education, Simon Birmingham, personally vetoed specific research projects in the humanities. In June 2020 the current minister of education, Dan Thenan, announced that the tuition fees for humanities degrees in Australia will more than double. The expressed intention is not to raise more funds for the humanities, but to steer students away from degrees that will not make them ‘employable’.

It is easy, too easy, to ridicule Birmingham and Tehan and revel in the notion that humanistic scholarship and cultural activity, by the mere fact of their existence, constitute a critique of how society looks like beyond the streamlining of commercialism and social media. All study and practice of culture becomes counter-culture and all cats gray in the Phyrric darkness. The rest is left for the suits and the Bruces of the University of Woolloomooloo.

This raises the question of how values embodied in literature departments, theatre studies, museums, dance companies, artists’ studios, artists, and all other financially unsuccessful organizations and individuals that try to understand or practice culture, are negotiated. Are cultural scholars and workers doing something inherently good, as contrasted to the populist and outré-utilitarian enemies that are destroying the kind of world that can contain arts and culture? Where does this idealism and new Manichaeism leave criticism as a practice of auto-reflection (a thought that questions its own premises) and categorizations (the divisions and limitations and construction of epochal paradigms)? Inverting arguments is not critical, nor is splitting reality into two blocs. It is tantamount to an unthinking Cold War where identification with the friends rather than the foes is enough, next question.

At the same time, the de-funding of the humanities, media, and the cultural sector does leave the professional critic without any means of being professional. If this is indeed an existential fight for survival it makes sense to seek out allies among scholars and artists (and it is of course not uncommon for academics and artists to be critics themselves). But we have to be weary of the real costs involved in such an alignment. We also need options to fighting rear-guard actions.

What if it is primarily criticism that has any chance of convincing the suits and the Bruces that their future deliberations are dependent on processes and imaginaries that are impossible if there is no philosophy, no culture, and no deliberative middle ground (no Bentham, no Tehan)? An alliance of the non-aligned needs to coalesce in order to re-invent the forms of deliberation and reflection in the new digital era.

Maybe criticism should be more adamant to lobby for its own brand of crisis – directly with the politicians and the corporations that are shaping the contours of this world. In other words: to use its esoteric channels (semi-private) as well as its traditional exoteric (public) ones in order to seek out those with power and disposed to listen. We have to assume that there are politicians and businessmen still invested in some kind of democratic governance that revolves around a managed level collectively shared and a curated antagonism in society that accepts its enemy as a worthy adversary. Politicians that might need a little reminder that it was philosophical and cultural criticism that was instrumental for modern democracy in giving a model of how we could disagree, share power and be suspicious of our own enunciations. It is time we organized and polish our arguments and then head over to the corridors of power. Our cause is the future of democracy itself.