Last time we spoke with Dalia, she had returned to her home city of Naples, Italy, after being fired from her job in Berlin. This week we checked in with her to see how she is going and hear more about her life in quarantine.

Have you heard what is happening in Berlin? It’s crazy. It’s super nice. Super ‘solidarity’. The senate finally unblocked I don’t know how many euro’s right now that will be distributed amongst unemployed freelancers. But there is not any discrimination. You just fill in the document, the application, and then you get this money. The point is that because it is so open and it is going to be so easy to get it, they have organised this online queuing, to a platform or whatever. The whole population of Berlin is basically in line in this queue, so 150,000 people, and we are waiting since days now. Watching our laptops. The server crashes sometimes because, of course, so many people are watching. I’m around number 20,000 *laughs*.

(Ruth, pictured left) Wow, you’re kind of near the top!

Definitely. My friends and I were helping each other to scout for some kind of funds, so I was probably one of the first to know about it. Everybody is asking each other ‘which number are you?’ ‘Number 31,560!’ *laughs*

END_OF_DOCUMENT_TOKEN_TO_BE_REPLACED 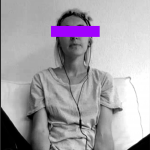