On the evening of 22nd June Newspeak house, a well needed community space for political technologists, hosted an ‘Election Tech Debrief’ where anyone could present what they had been working on for the UK General Election on June 8th. The surprise election, whilst catching everybody off guard, provided a short time-frame and for anyone familiar with working in sprints and tight deadlines was actually a perfect catalyst to get active and begin collaborating on political applications. The 6 week sprint encouraged a rapid prototyping of ideas and a long-list of projects can be found here. While the impact of individual projects is hard to measure, the overall sense was one of astounded accomplishment as Labour, while not gaining an overall majority, had increased their vote share by more than 9% which is more than any other Labour leader since 1945. More importantly it denied the conservative government a full majority and forced Theresa May to form a coalition government with the DUP, and shift their policy away from austerity and a ‘hard brexit’ . While many of the projects are specific to the UK general election the activity  organised around Newspeak house demonstrate a radical political engagement from hobbyists and technologists that offer methods, strategies and inventions that could be used by other movements to organise anti-austerity campaigns in Europe. 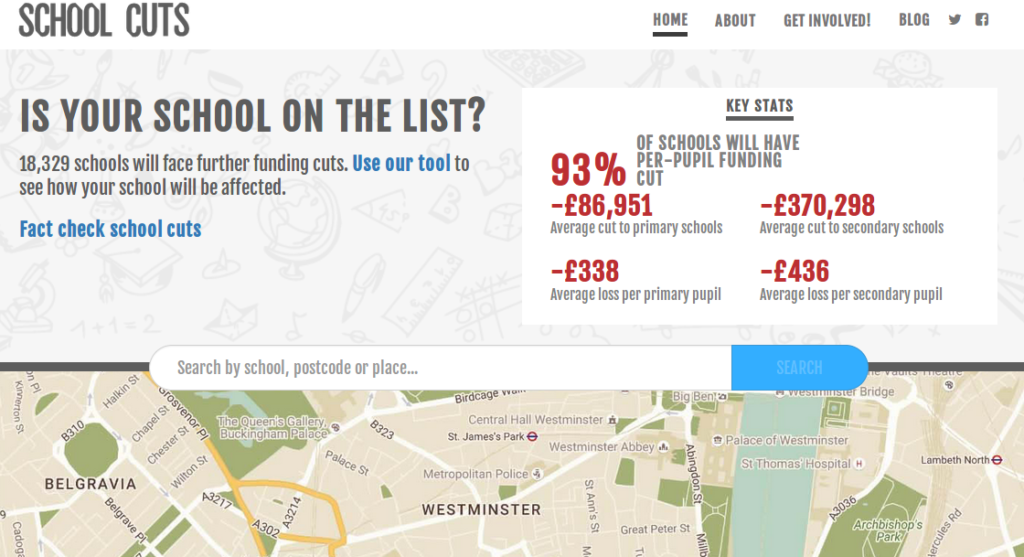 The evening began with showcasing a range of Voter Advice Applications (VAA) that provide impartial recommendations on who to vote for based on views, attitudes and beliefs in response to different party statements. Many VAAs are made to serve the huge demand for policy information which, as shown by the number of people asking google ‘who should I vote for?’ one week before the election, attempt to capture a large portion of undecided voters. One example is Schoolcuts, a website that embeds national spending into a map, showing how schools in your local area will be effected by different parties education budgets. The tech co-op Outlandish also made a similar application for Hospitals, and although it wasn’t ready in time for the election, it will undoubtedly become a useful tool for showing how spending cuts will affect services in local areas. TACTICAL 2017 is a website that showed key constituencies and worked with many of the coalitions such as progressive alliance and ‘Stop the Tories’ to offer insights into how to vote tactically in your constituency. 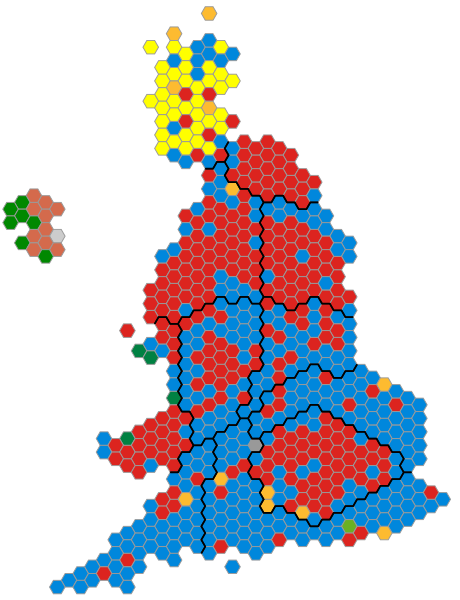 ‘Swap My Vote‘ took tactical voting to the ballot box  and enabled citizens to arrange to swap their votes with others in different constituencies that were under-represented for specific political parties.For example, anybody registered in a labour stronghold could offer their vote to swap with someone in a swing constituency to distribute labour gains and get an overall majority. (For anyone unfamiliar with the UK voting system this offers people the chance to circumvent disproportional representation often created by ‘first past the post‘ an electoral system where big cities like London turn into congested left leaning liberal filter bubbles surrounded by a sea of blue conservatives.)

This snap general election instigated a large attempt to form coalitions between left or liberal parties and the progressive alliance encouraged things like tactical voting and secured over 40 partnerships between different parties.While many of the smaller parties got on-board with a progressive alliance Jeremy Corbyn, the leader of the Labour party, repeatedly publicly stated that Labour would not form an alliance with any other party, which undoubtedly deterred the potential impact of such partnerships. 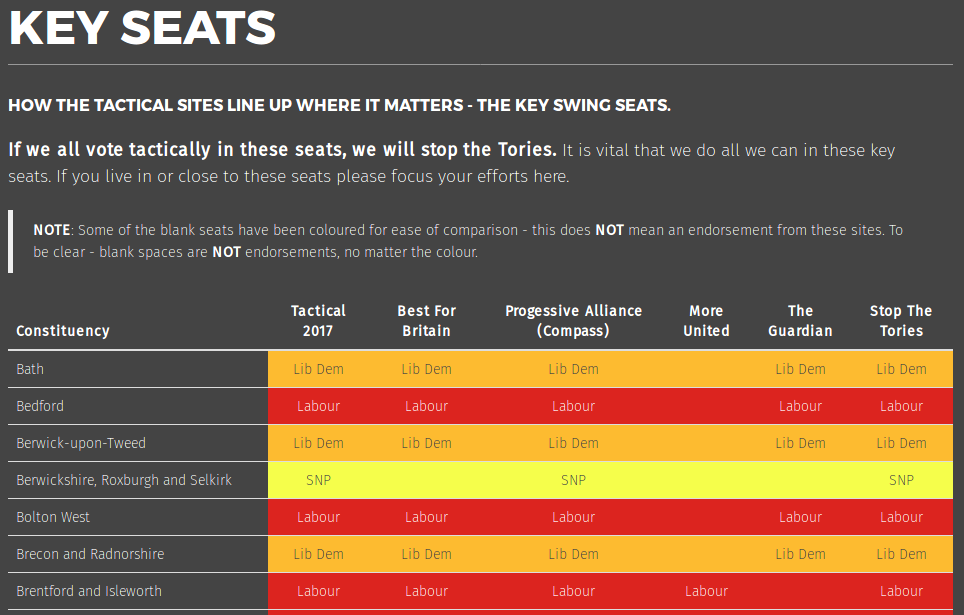 Interest into online advertising and the role of target specific adds in general elections have grown after the role of companies such as Cambridge Analytica have come to light, showing how targeted advertising influenced both the UK EU referendum and the Trump Victory. Whotargets.me is a browser plug-in that allows users to monitor advertisements on their Facebook profile and create an insightful aggregation of collective data showing which parties are targeting which demographics. While the overall findings are not yet available this could potentially become a very insightful tool to second guess the strategies of your (least) favorite political parties. Similarly in a recent incident – a recruitment advertisement for Campaign managers by the conservative party has spurred further imminent election rumors. 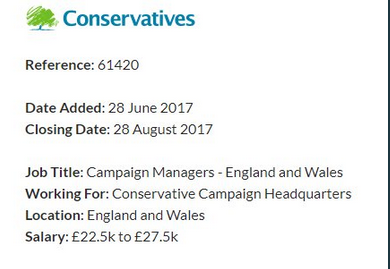 Showing the value of archiving political campaigns in the digital age, via websites such as the wayback machine or by simple screen shots, monitoring your social media account can go along way in detecting political strategy. Going even further in search for the truth Full Fact presented a demonstration of their automated fact checker that references claims made in real time to an original source. Rather than act as a global ‘bullshit detector’ the software reminds me of the original proposal for hypertext by Ted Nelson , where all text can be attributed and referenced to a published source. Mevan Babakar from Full Fact demonstrated the speech recognition feature that can fact check spoken statements in real time, hopefully filtering the amount of fake news but also potentially killing all pub conversations for good. The people’s favourite for the evening was from Charlotte Goodman and Yara Rodrigues Fowler who created a tinder bot to seduce voters in swing seats to vote labour the night before the election. Volunteers in swing constitutionalities ‘lent’ their tinder profiles to become operated by a flirty campaign bot that would encourage them not just to vote, but to vote Labour by even adding the rose emoji 🌹 🌹 . Because the tinder bot was activated on campaigners profiles , and therefore linked to ‘real accounts’, many volunteers found it a productive way to turn their spare time on tinder to further the campaign. While it is not known how participants felt after falling for a political campaign bot and never getting a second date, the project managed to infiltrated a key young demographic with over 30,000 messages. 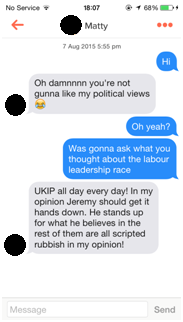 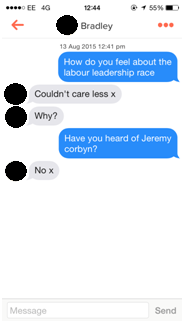 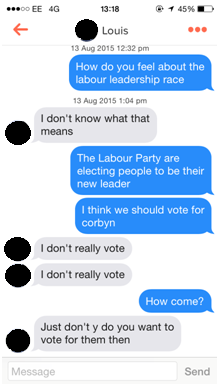 While there were many other projects that I did not get to mention (Corbyn Run!) it should give an idea of some of the astounding projects that were orchestrated in such a short space of time in response to the general election. Newspeak house and fellow organisations (Democracy Club Mysociety) helped facilitate a collectively organized response to the UK snap election and are a part of a bigger picture of young demographics getting engaged and participating in UK politics. 60% of people under 40 voted for Labour showing that digital applications such as these will play an important role in organising a younger demographic to get organised and challenge UK politics. With many of these applications made in just under 6 weeks, it is now time to build upon these tools because it feels like we will be needing them again very soon.