On the final day of Winter Camp Upgrade! coordinator Kyd Campbell ‘released’ the outcome of three days of hard labor, during which I both heard and witnessed that some moments of crisis were overcome. Kyd clarified a point-to-point summary posted on the Upgrade! Wiki, which is showing some concrete progress made during the Winter Camp get together. Signaling the becoming of a proper organized network that aims at the unification of art and technology, and the bridging of cultural divides. 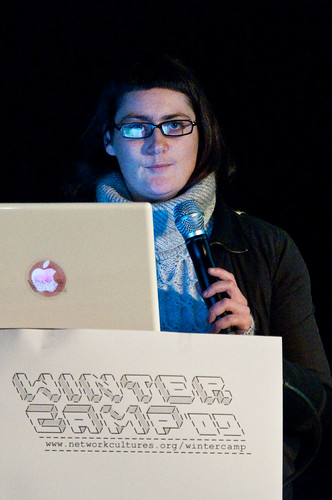 Before presenting the points made, it’s Kyd’s first remark that deserves to be highlighted. It brings out an important strength as well as weakness of the Upgrade! Network, certain qualities realized by the group during Winter Camp activity. Namely, that it’s the collaboration within the local nodes that forms the strongest part of the network, harboring most of the activity, while communication about local activities on the International level of the network often is lacking, signaling a crisis in both local and international network identity. But now this network ‘error’ is detected, time has come to strengthen the local to the international, and vice versa. It’s time for interaction and the Wiki summary indicates it’s happening!  And as the Wiki pretty much speaks for itself, I have been so free to re-map these outcomes, listing the concrete practices of Upgrade! during Winter Camp successively as; considerations, realizations, initiations, collaborations and decisions.

Although a debate regarding the realization of a central decision making structure is still in process, and definite conclusions still have to be drawn, progress has certainly been made. For the next Sao Paulo event in 2010 separate Upgrade! committees have already been formed, with their own responsibilities, and mandates to make decisions.