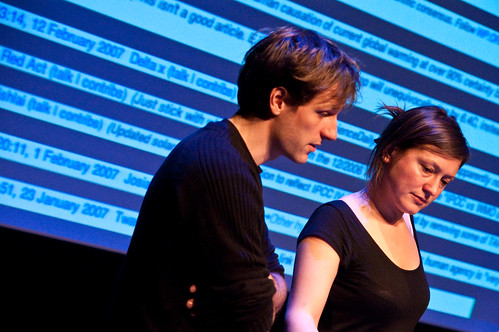 How does intense debate articulate on Wikipedia? How could we visualize the evolution of conflict on Wikipedia, does it have a pattern? These are more questions regarding the structure of Wikipedia wars were asked and answered by E. Weltevrede and E. Borra, as well as R. Rogers in absentia!.  Weltevrede and Borra argued that the aims of the methodology explored  is the detection of conflicts and the development of new metrics for the evaluation of the Wikipedia system.

They furthermore used network analysis software to discover role of the sub-issues in the developing of the wider network of issues. They asserted that editors shifting to related articles are an indicator of displacement.  In other words when debate reaches a critical plato issues tend to fork. In fact forking and splitting, in general, are forms of controversy management within the Wikipedia structure. The central idea being that Wikipedia affect the debating of an issue in a certain way, and that it neutralizes opinion by splitting controversy into smaller interlinked parts. 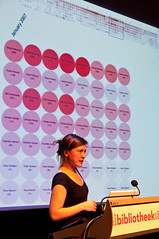 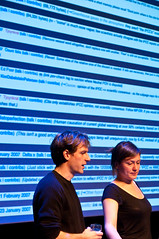 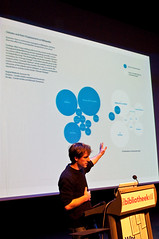