The encyclopedia [Wikipedia] has played a major role in allowing the production and representation of geography and the sense and spirit of places (or genius loci) to move into the hands of the masses o the Internet. The genius loci of places has always been grounded in the local rather than the global. However, now that the palimpsests of millions of places have virtual layers, those virtual representations can begin to influence our understandings of material, offline places. Most importantly, virtual elements of palimpsests by influencing geographic imaginations, constitute and legitimate power relations. (Mark Graham, WikiSpace – Palimpsests and the Politics of Exclusion, CPOV Reader, publication forthcoming, 2011) 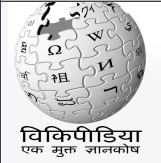 Oh, how numbers can be misleading: Jimmy Wales is quoted as saying, “Right now, the English Wikipedia is less than 20% of the total content. I expect that to fall to 10% in less than two years.” It’s a funny way of saying that his eyes are now set in what he calls the “Global South.”

Wales called India “low hanging fruit, a place where intervention can really make a big difference.” Wikimedia is now on a development effort to stir up a broad community base in its disclosure to open an office in a major Indian city.

Well, I’m just wondering what this means for Wikipedia, and for India.

First of all, I have to admit that I satisfy the stereotypical American in a few too many ways. It’s easy, as an English speaker, to believe in universality. America has this amazing ability to protect its citizens but also foster a culture of insulation as far as ideas of openness and globalization go. I’m tempted to think that it might have something to do with the language. The English-language Wikipedia is the largest of any language version; what does that say about the domination of ideas and knowledge on the Internet? And how does (geographical) access to the Internet play a role in online collaboration and the development of knowledge-sharing communities?

Here’s a bit of a primer for you statisticians:

422M native speakers of Hindi, according to a 2001 census, makes up for approximately 41% of the Indian population; India has a population of over a billion.

According to the Internet Service Providers association of India, the country had registered 16,180,000 broadband users as of March, 2010. Don’t be distracted by the number – that’s not much compared to the overall population.

Internet connectivity will be a major issue for WikiMedia in its project to spawn the growth of Indian-language Wikipedias. The major hubs that provide the country with connections to the Intiernet (via undersea fiber optic cables) are coastal cities, and national infrastructure will need to be developed in order to expand the networks to reach as many potential Wikipedians as possible. The Indian sub-continent has not been without Internet connectivity issues. Several network interruptions over the past few years, caused by breaks in the undersea fiber optic line, resulted in nationwide outages.

But wifi / broadband might not be the issue at all. According to a blog post from earlier this year, India is soon to become the second largest mobile telephony market in the world (China’s the first):

By the end of 2010 India will have nearly 700 million mobile telephone subscribers, out of a population of 1.15 billion, making India the second largest mobile telephone market behind China and the fastest growing. The growth of Indian mobile phone penetration intersects the worldwide trend away from land-line internet connectivity towards internet connectivity through all types of mobile devices, so it should not be surprising that India’s mobile internet traffic growth is among the highest in the world and places India second behind only the United States in mobile internet traffic (according to Admob). (Bali Randhawa, “India Connects – (Mobile) Internet Revolution”)

The rapid expansion of Mobile Web access in India might explain why Wales is convinced that the holy grail of Wikipedias lies in wait in the “the enthusiasm in the country.” I immediately get a picture in my head straight out of Smart Mobs: the thumb tribes at Shibuya Crossing. Will this be the fate of Mumbai?