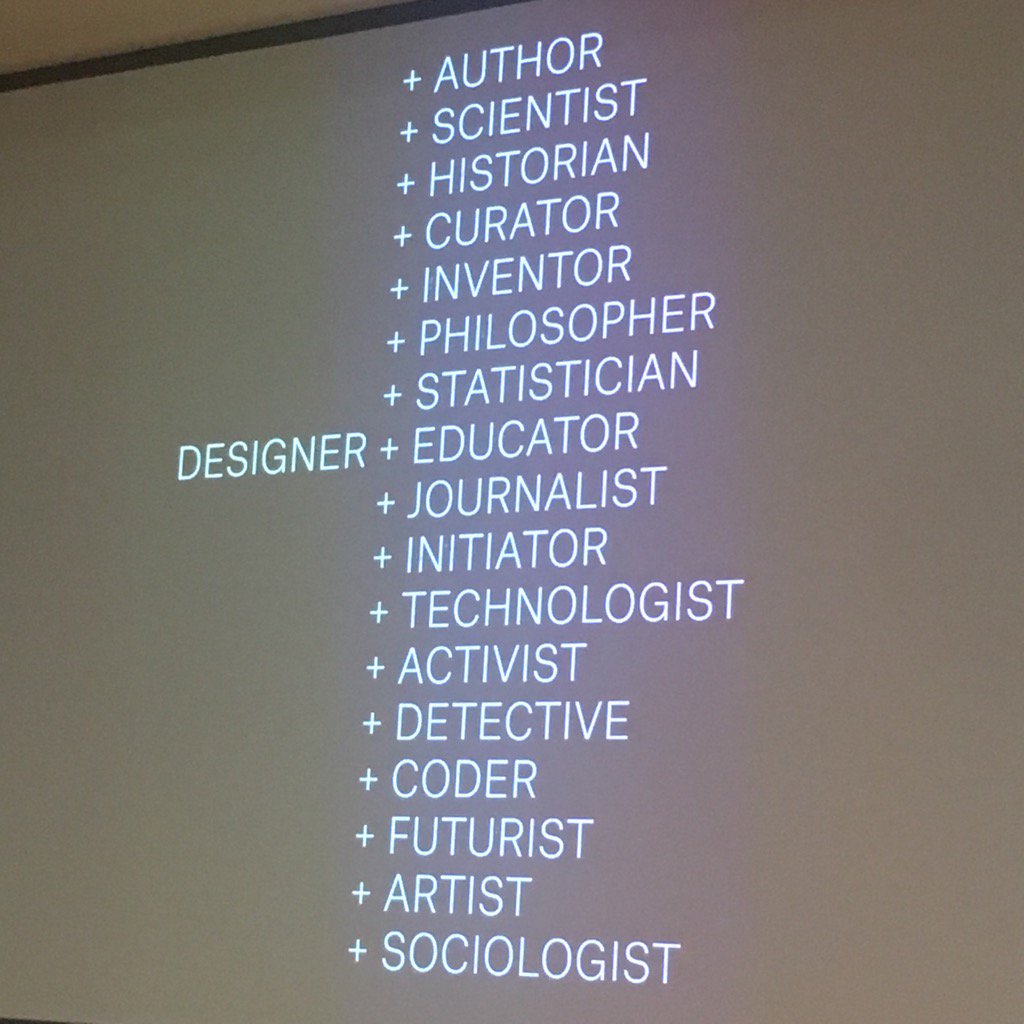 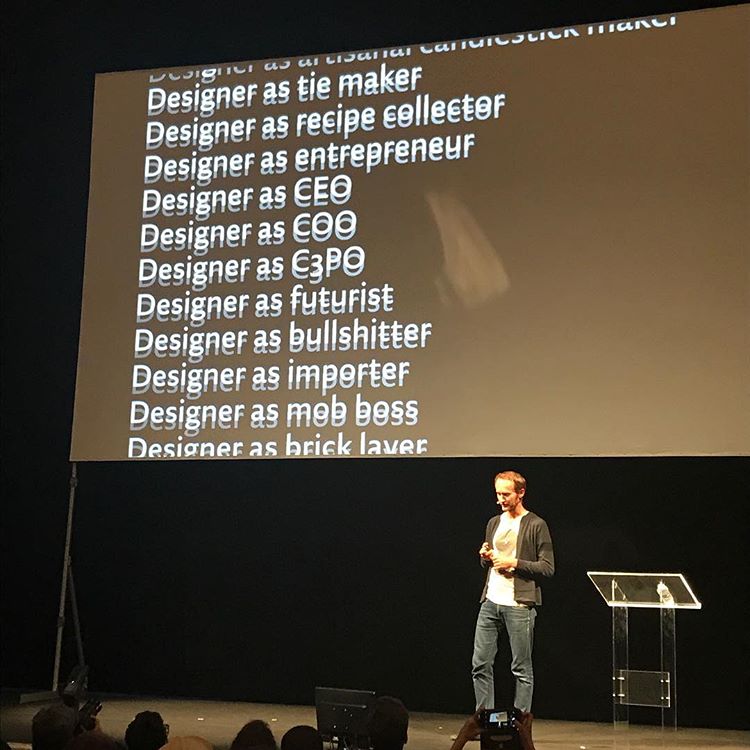 I’d like to quickly write down some thoughts deriving from the casual encounter with the above images almost on the same day. The first one is a slide by Thomas Castro, designer and founder of Lust studio and head of deparment of Graphic Design Arnhem. The second image comes from a talk by Peter Biľak, graphic/typeface designer who teaches at KABK, during Agi Open Paris 2017. As a disclaimer, I need to clarify that I didn’t attend the talks, so I might have misunderstood the meaning of the slides (Biľak’s one seems to be ironic and might actually confirm my argument).

The longer the clock ticks, the more (graphic) designers’ activity intermingles with other practices and fields of knowledge. Is this the much coveted triumph of multidisciplinarity or rather an expression of professional dilution? It seems to me that this urgency to hybridize design is a (sometimes desperate) response to the progressive loss of its specific content. In other words, if no one takes me seriously as a graphic designer, defining myself as such is no longer neither sufficient nor strategic. So, I become an entrepreneur, a writer, an activist and so on. However, the actual added value brought by my field of expertise remains unclear. As Thomas Castro appropriately asks in the same talk, "What are we still doing as designers when we’re living in template culture?" One needs to be ‘designer as X’ since ‘designer as designer’ is not enough anymore. Thus, all these design permutations might be understood as a permutation of the ‘Don’t Get a Job… Make a Job’ motto. The designer full of qualities is actually the mirrored image of a designer without qualities.

‘But designers have been multidisciplinary all along!’ one might say. Maybe multidisciplinary, but surely not diluted. Let’s consider for instance the design masters operating between the 50s and 60s. They also used to write, paint, teach, do ‘research’ etc. Yet they could easily decide to interrupt those activities in order to devote themselves solely to logos, posters and corporate identities. Unlike this recent past, nowadays tutoring in a school, obtaining a scholarship or a grant, or even doing shifts in a bar is often the only way to practice graphic design in a way that not only involves brainlessly moving rectangles on screen. Slowly graphic design, which until recently represented a professional and identity pivot, shifts cetrifugally towards the margins. So its content dilutes into complementary activities that at best integrate it, at worst erode it. 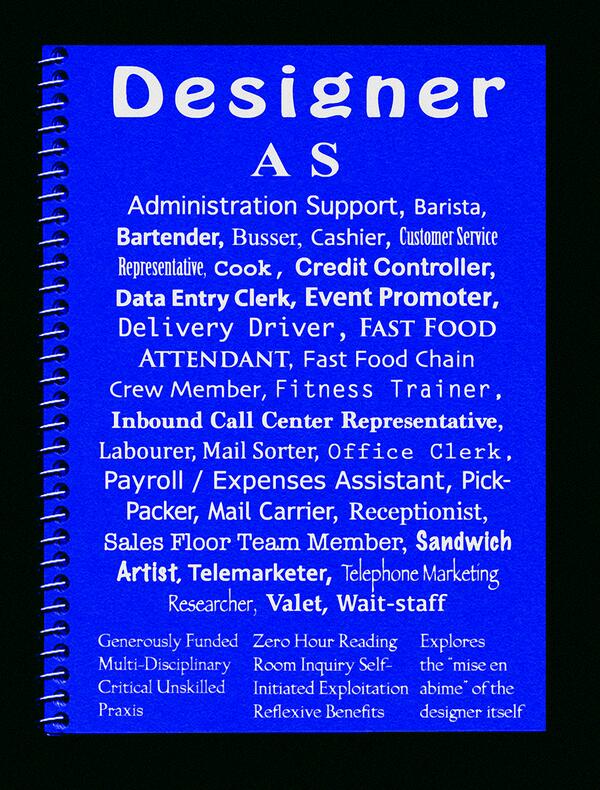 The Critical Graphic Design group, criticized for its ironic yet spot-on critical stance towards the critical design discourse itself (unjustly IMHO), presciently understood that hybridization is more a matter of survival than an expression of professional agency. My friend Sebastian Schmieg speaks of ‘survival creativity’, i.e. "coming up with whatever idea it takes to survive in a competitive field." It is worthy of note that between ‘Data Entry Clerk’, ‘Mail Sorter’, etc, the label ‘researcher’ is included, a generic attribute that often obscures the lack of institutional and therefore financial support. The portrayed book doesn’t exist, the image functions as a meme that seems itself to highlight the positional status of online portfolio documentation. For graphic designers, fake portfolio designs might be the new frontier of survival creativity.