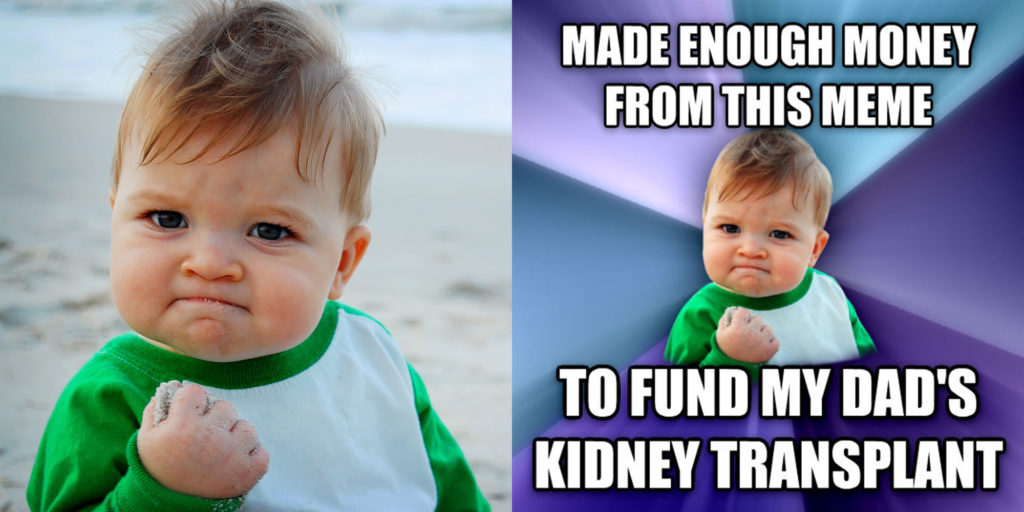 This text is a contribution to MoneyLab Reader 2: Overcoming the Hype, edited by Inte Gloerich, Geert Lovink and Patricia de Vries. Read it here and download it for free as PDF or EPUB. The text was also published in Italian on Not.

What is crowdfunding for? One could assume that, if asked such a question, most of the people that know this word (according to a study by the Pew Research Center, 61% of Americans have never heard of it[1]) would refer to innovative products or services, album releases, documentaries, books, videogames, or comics. In other words, they will be inclined to associate crowdfunding with the endeavors of tech startups and the creative industries.

This assumption is partly confirmed by the data available on the highest funded crowdfunding projects[2]. Besides the great number of cryptocurrency-related campaigns run independently or through Ethereum in the top ten, most of the projects were hosted by either Kickstarter or Indiegogo, both platforms generally used to finance creative or innovative undertakings. Of course, the sheer amount of money raised lures a comparable magnitude of media attention, thus establishing a feedback loop between the aggregation of a large public through big news outlets and financial success. This is the case of Pebble, a smartwatch idea which collected more than 40 million dollars during three separate Kickstarter campaigns. This massive crowdfunding achievement didn’t prevent the company from shutting down after four years of activity.

END_OF_DOCUMENT_TOKEN_TO_BE_REPLACED

This contribution by Michael Dieter is part of the special issue of the Pervasive Labour Union zine on the Entreprecariat. Read it here and download it for free as PDF or EPUB.

END_OF_DOCUMENT_TOKEN_TO_BE_REPLACED 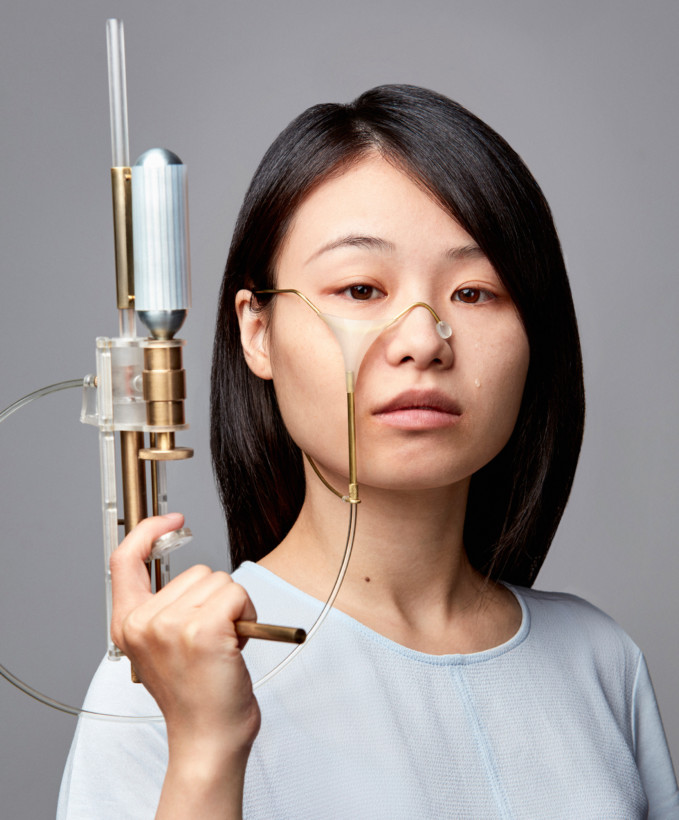 Some months ago I found myself in Berlin attending Re:Publica, an international conference on innovation meets politics meets branding meets tech. On the main stage, just after the vocal intervention of Russian chess master and activist Garry Kasparov, it was the turn of Dr. Nelly Ben Hayoun, experience designer and "manufacturer of the impossible". Ben Hayoun is unanimously described, by the likes of Hans Ulrich Obrist and Micheal Bierut, as a force of nature, "an inexhaustible source of renewable energy". While the sheer scale of her design experiences for clients like NASA, MOMA or Airbnb implies the work of a team ("we work, "we believe", etc.), Nelly Ben Hayoun Studios is evidently framed around a charismatic leader. Their productions are truly impressive, often including two dozen lines of credits. Faced with such a vast and energetic orchestration of talent, any practitioner blanches.

Nelly Ben Hayoun was there, in prime time, to present the University of the Underground, a new postgraduate course created by "dreamers of the day" with the goal of forming the "very hard working" critical thinkers and radical designers that our world is so much in need of these days. A school for the "the Willy Wonkas of modern times, the contemporary Joy Division’s, JG Ballard’s, Marie Curie’s and Rauschenberg’s, action researchers and designers, mythologists and makers of new worlds!" The experience designer stayed faithful to her endorsements: the performance was cheerfully chaotic, with an often giggling audience and multiple plot twists (speaking of charismatic leadership, at a certain point there were three Nelly’s on stage).

The University of the Underground, hosted in Amsterdam by the prestigious Sandberg Instituut but implanted in London as well, is just one among the copious amounts of shorter or longer experiments in alternative education and pedagogy. To stick with the field of design, the Scuola Open Source in the south of Italy comes to mind, as well as the Parallel School or the nomadic Relearn sessions. And, to zoom in the Netherlands, I can mention Hackers and Designers or Open Set. So, what makes the UUG a particularly fascinating case study? Besides its laudable commitment to tuition-free education (more on that below) and the ambitious plan to run the MA for 100 years, the bombastic branding, positioning and charismatic leadership of the University of the Underground, winking at grassroots movements and do-it-yourself experiences but at the same time emphasizing free will and personality, represents a good opportunity to reflect on the meaning of counterculture today and evaluate its potential role. As someone who is intermittently involved in design education, I’m interested in the ways in which institutions are able to seamlessly neutralize, regurgitate and later administer or even steer countercultural expressions. The main motivation behind these notes is an attempt to provide a multifaceted articulation of this process and understand some of its consequences.

END_OF_DOCUMENT_TOKEN_TO_BE_REPLACED 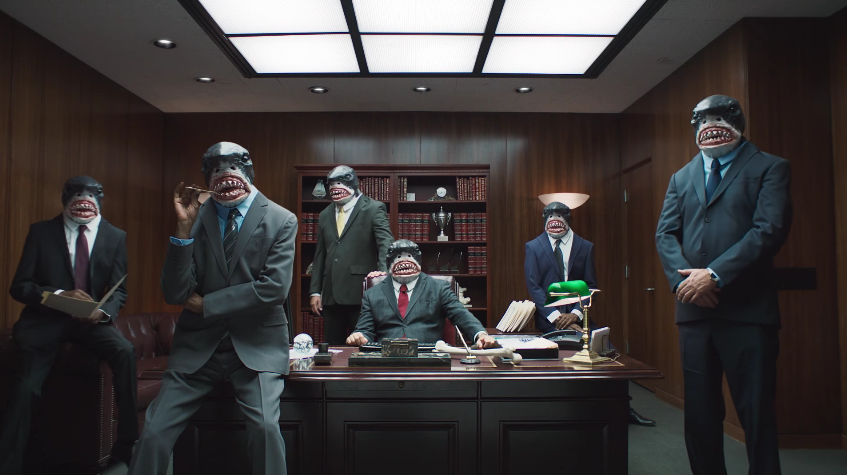 Fiverr, the online marketplace that connects freelancers to the "lean entrepreneur", recently launched a new campaign under the hashtag #InDoersWeTrust. The accompanying commercial features the lives of some of these doers. They make Skype calls with the other side of the world ("Ni Hao Ma") from a restroom, they unremittingly pitch their business to family, friends and strangers, they "get shit done" and are constantly available, even while they’re having sex. The portrayed doers are white and mostly female, even though the one ending up on the cover of Entrepreneur magazine is a young man.

END_OF_DOCUMENT_TOKEN_TO_BE_REPLACED 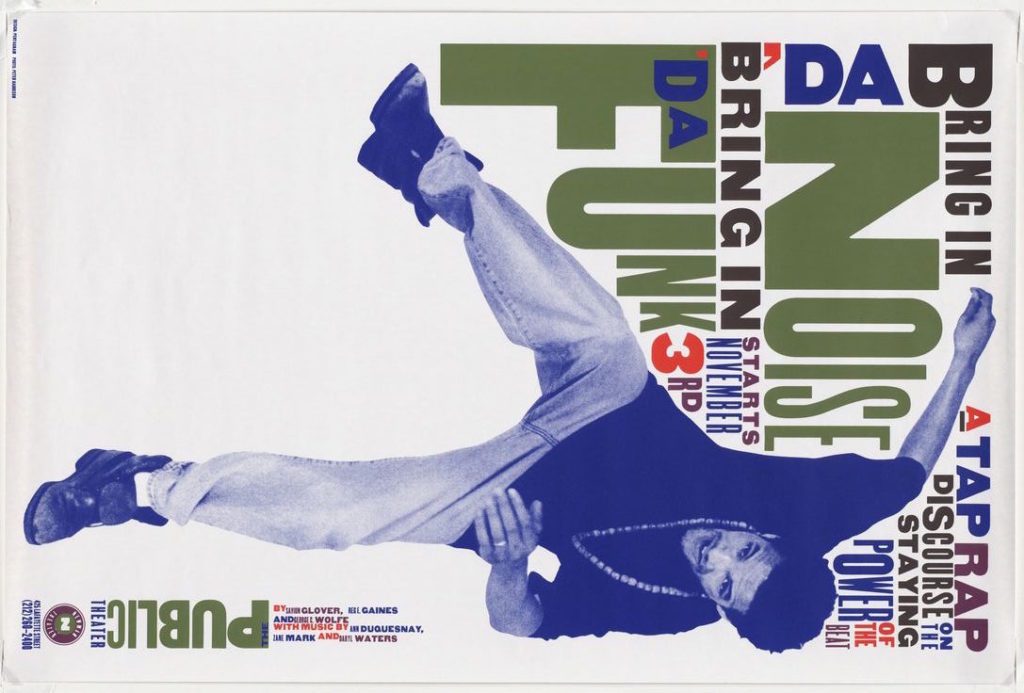 On AIGA’s Eye on Design blog there is a new series called Design + Money. Its first article, design writer Perrin Drumm raises the vexed question of unpaid work. According to Drumm, one shouldn’t always get paid for their work. The apology of some specific instances of upaid labor is backed by Paula Scher, the graphic design giant portrayed in the first season of Abstract, Netflix’s new docuseries on design. Scher’s main argument is that unpaid gigs offer "total creative control over a project".

END_OF_DOCUMENT_TOKEN_TO_BE_REPLACED 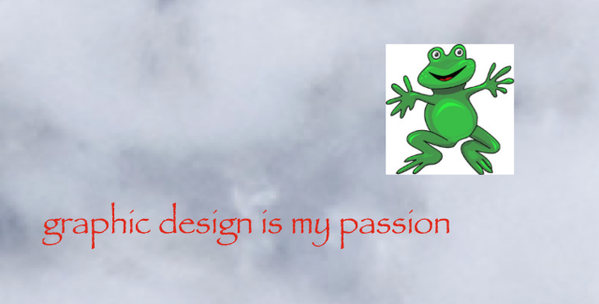 "The thing that pisses me off the most is the degradation of the intellectual role of the designer." This is what my friend tells me, as we listen to each other’s anguished outpourings replete with VAT numbers, freelancing and short-term contracts. And that made me wonder what constitutes that role, whether it actually existed, how it vanished and what replaced it. Trying to answer these questions, I’d like to focus on graphic design as it is the field where I come from, and I believe it represents a paradigmatic case within the so-called creative industries.