Geert Lovink (representing the Institute of Network Cultures  and Hogeschool van Amsterdam) in his opening speech
referred to the Unlike Us Limassol event as the global launch of the research initiative of Unlike Us Network. Unlike us is an initiative which is about how and why social media bring us together. 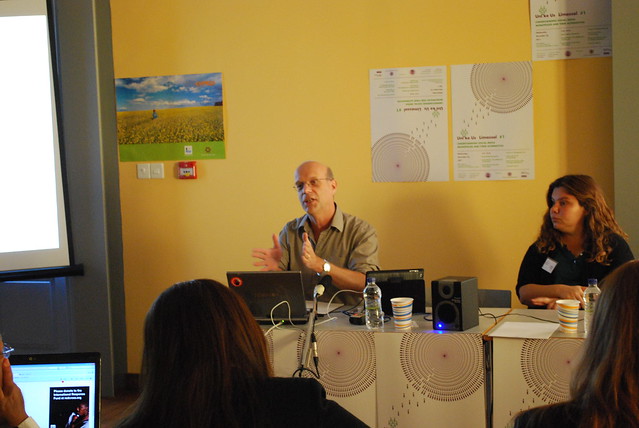 Going back, Lovink stated the roots of social media which in the mid ’90 were called ‘communities’; Communities that were large entities that people wanted to be a part of.

Facts as commercialization of the internet, the financial bubble, 11.9, reform the need of different communication. The globalization and the hypergrowth that characterized and boot IT technology change the technological structure and online communication tools.

Then the user was a customer that wanted to buy.

By the appearance of Web 2.0, in 2003, a major shift occured. The core idea was that the user becomes a producer and not a customer. Through the use of internet, the user ‘has to’ participate in the process and all the software was intended on activating and maximizing the involvement of user.

In Web 2.0, user is encountered as a person that was forced to contribute.

Social Media as we know them today have brought a big shift from linking to liking. Linking is a technical possible that computer. Liking is another layer to show what you would like about.

Mr Lovink claimed that democratization of technology is where we all want to be a part of it and to become align.

Technology needs to be relatively simple. Social media are popular because of their SIMPLICITY. They simplify our
social life and the publication of it and the relationship between our friends. 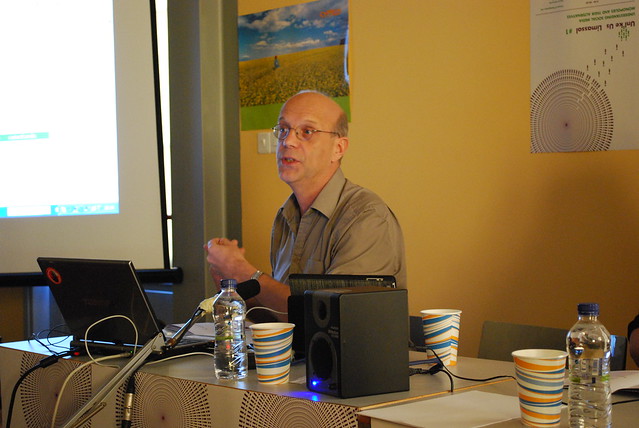 Personalization is an essential aspect of social media.  There is a divide between disclosed communication to public and what is on the wall of the user to the personal messages. What is missing, is the link between.

Trust is also a very vital term. Trust-based economy needs to assistant to personalization. It is a horizon that will
never end your personal environment.

How social media are connected to the mobility habits of the user? Mr Lovink explained that people take their social
media wherever they are. As a consequence, social media are getting closer to their personal life. And yet, social media are not enough theorized while mobile phone studies are in primitive level.  We should find different ways to intervene to this environment.

Referring to the Unlike Us network, Mr Lovink stated that although Unlike Us website started only in July, 400 people
have already subscribed to the mailing list and he expects a lot more to come.

Geert Lovink closed his speech by stating that Unlike Us would take a different shift in the next event, concerning the
alternative platforms of social media. Unlike Us Network does not intend to have critics from the outside, but critics that use social media.