Discussing the theory and critique of ‘social’ during the first session of Unlike Us #3, Petra Löffler provides us with a media-archaeological perspective on the rise of the concept of distraction; an important source of critique when it comes to mass media. By leading us through the history of distraction, Löffler shows how some of the questions we are struggling with today can be traced back into history. Her insights lead to a better understanding of the tension and relationship between attention and distraction. 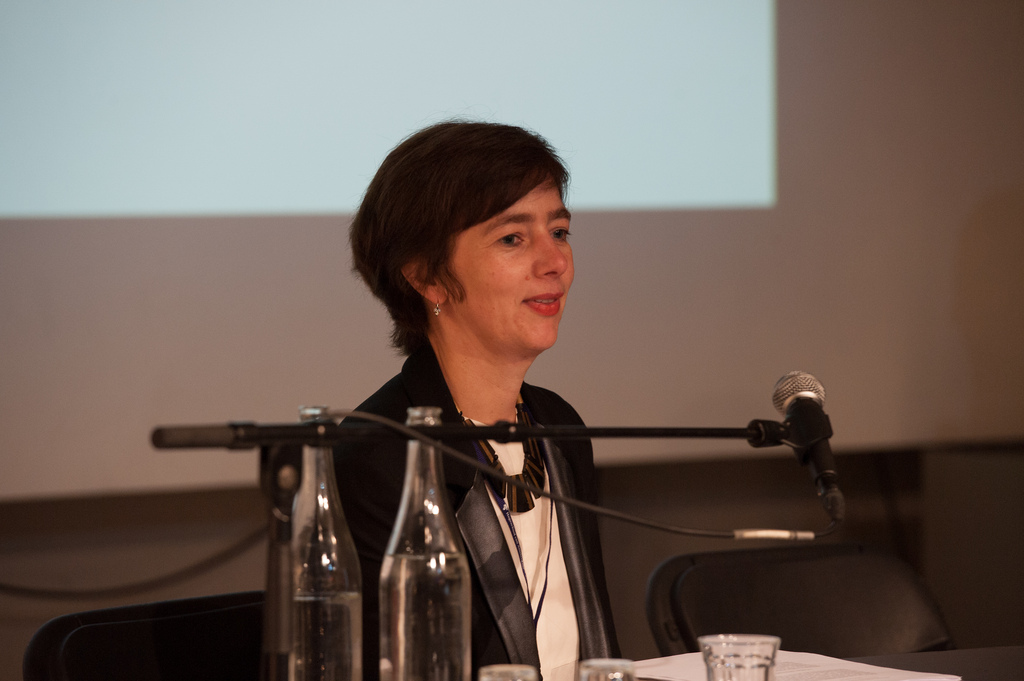 Distraction has its own genealogy. In the 18th century we see how the notion of distraction becomes the subject of different discourses and disciplines. Within philosophical discourse, distraction was traditionally regarded as the opposite of attention and concentration. Being distracted was a synonym for being inattentive. In 1720 Jean Pierre Crousaz wrote:

Within these discourses distraction was considered a dangerous mental force that could not be controlled. On the other hand we see how by the end of the 18th century distraction regains a more positive meaning as a way to restore mental health and to create a healthy balance between work and leisure. An entertainment that provokes interest and distracts one from worries and vexations. Löffler refers here to the concept of ‘taking care of oneself’, introduced by the French philosopher Michel Foucault.

At the beginning of the 19th century the question arises: Can one be attentive to different things in the same moment of time? The answer: Yes. People came to believe that the human mind is able to switch between different objects and attention is able to split. If attention can be distributed, then attention and distraction can no longer be regarded as two distinguishable mental states: they collapse. This way of thinking about attention resulted in new insights of investigating the faculties of the human senses and capacities of the human mind.

The human mind is mostly active in several sections of the brain and several streams of attention move in different directions, continues Löffler. Furthermore mental activities are never complete and many separate mental acts are always combined. Switching attention has become normal to us: it is ‘natural’ human behaviour. Research has also found that the division of consciousness is a normal state of mind because it acts as a protective shield against excessive stimuli. It was French philosopher Théodule Ribot who referred to attention as “un état exceptionell,” because attention is in contradiction with the basic condition of psychic life: change (Ribot 1889). This means that attention is actually an ‘abnormal’ state of mind, concludes Löffler.

In the age industrialization, different sites of distraction arise such as big cities, mobility, traffic and leisure. Furthermore, the search for entertainment and the urge to alter the body’s state resulted in new bodies of distraction. Löffler introduces the gawker or gazer as a metaphor for the modern spectator as a member of a mass audience that has to distribute attention in order to react to different stimuli at the same time.

Within this context, the arrival of cinema marks a climax: the aesthetic of astonishment. It was Sigried Kracauer who combined the concepts of distraction and cinema in The Cult of Distraction (1926). Kracauer analyzed the rise of cinema as an apparatus of mass distraction and theorized distraction as a specific mode of cinematic perception.

Disorienting the senses can be a source of happiness and one can even feel liberated from the forces of capitalist economy. Besides a way to provide entertainment, distraction can also be regarded a precondition for sanity as mental activities that acquire concentration have to be disrupted. Some physical therapists argue that muscular movements, like drumming the fingers, help release stress.

Having glanced at its history, what body of distraction do we inhabit today? In our modern information society we are required to multi-task on a daily basis. We use information technology such as mobile media to check our e-mails, phone and text with our friends and listen to music – preferably all at the same time. As a result it has become normal to distribute our attention at all times.

There is however a fine line between multitasking, which is temporal and focused on achieving certain goals, and falling into a permanent state of distributed attention, which forms an important source for stress. In our current information society we are in fact in a continuous state of what Löffler calls partial attention. We are currently recognizing the negative effects of the age of distraction. According to for example the high numbers of ADHD, our low attention spans and the undisciplined behavior of school children, we can see how “distraction becomes a problem of the whole society,” concludes Löffler.

A transformation of our everyday life and a disruption of the balance between work and leisure is facilitated by for example the widespread use of mobile media. We need to act upon this trend by reorganizing our physical and professional life and creating space for leisure and relaxation. In our current technological age of distraction, a new balance between stress and relaxation will need to be found. Every generation has found its own ways to deal with these problems. Therefore “I will not speak of pathology of attention”, claims Löffler. But we do need to understand it is a question of power relation and of what we regard as ‘normal’.