The best way to criticize platform monopolies is to support alternative free and open source software that can be locally installed. A lot of alternative social networks are being developed with the aim to give users greater power, for example over their data. 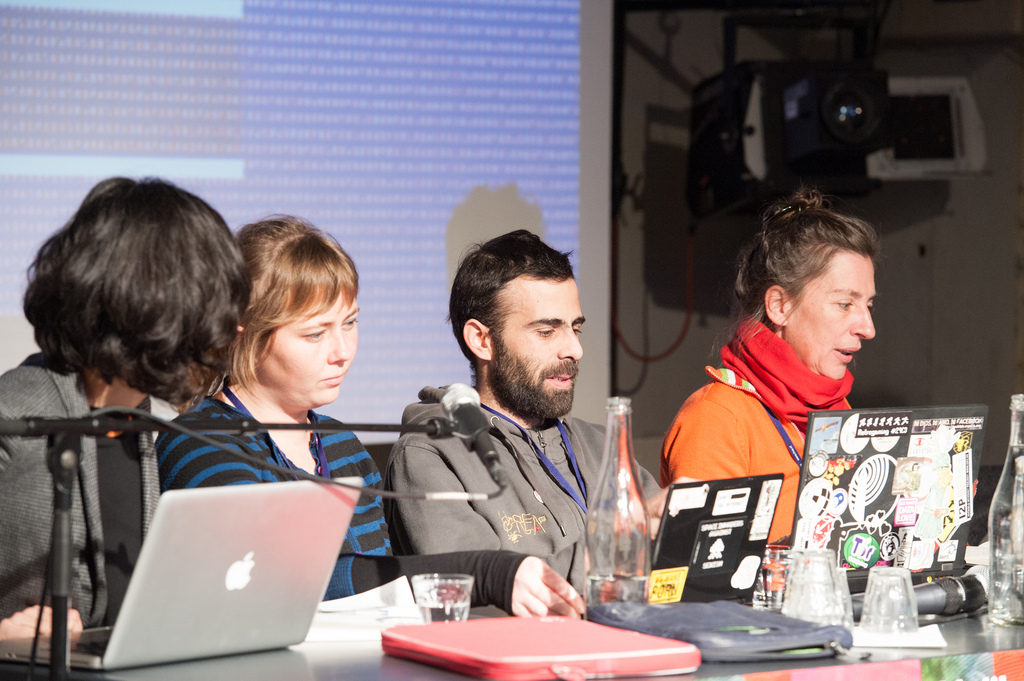 During The Federated Web Show, five speakers from different backgrounds discussed the notion of decentralization and concepts for alternatives:  Seda Gürses, Spideralex, Capo, Reni Hofmüller, Vincent Toubiana and George Danzesis. Do we need open or closed, commercial or anarchistic, distributed or centralized networks. What will the future of social networks look like?
Is decentralization really decentralized?
Moderator of the discussion Seda Gürses explains that the basic services we use today are centralized. Decentralized platforms such as Diaspora and Lorea form an alternative, but most of them still have little attention. Apart from that, are decentralized platforms intrinsically better? Do decentralized networks actually have inherently positive values? Two parties appeared in the debate that are representing the perspectives of the more corporate (centralized) and alternative (decentralized) network. 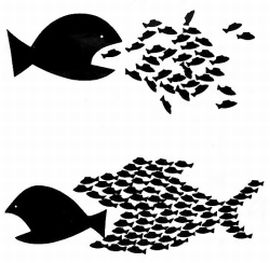 George Danezis, researcher at Microsoft, starts off with the metaphor of a big fish eating many small ones, and the alternative of the united school of small fish that together are able to eat the big fish. (This is the idea of the occupy movement of the 1% of the population that has the power).

Here, the big fish represents economic power (or Facebook) and the small fishes are the users (or alternative projects like Diaspora and Lorea). The question remains: how will power be distributed in the future?
According to George Danezis, a collective of people that act together against corporate power is not going to appear magically. Some sort of centralization has to be involved. Danezis questions the future organization of our data and privacy. Facebook is just a temporal platform, he states. “Facebook is not a marriage for life, there were social networks before and after Facebook. It’s only here for a few years.” Nevertheless, alternatives should really think of how to organize their networks. 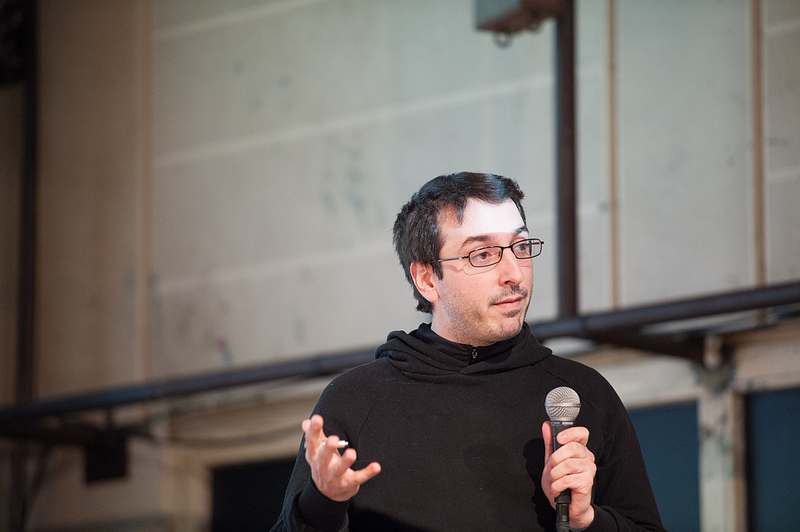 Between idealism and realism
Spideralex states that Lorea operates in the in-between space of the the two images of the fishes. As a platform, Lorea tries to make it easier to make decisions with a collective. According to Spideralex, social networks are so important now, that we have to allow ourselves to dream about how we want to communicate. She argues that Lorea wants to reach technological sovereignty and autonomy, and use this technology to be in contact with others. “We simply do not want to be dependent on commercial systems.” This makes it quite hard to survive, she must admit. Hopefully the conditions will improve in the future. 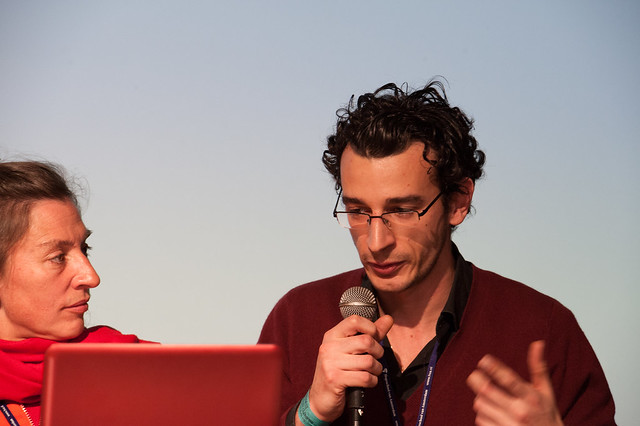 This idea of autonomy also inspired media artist Reni Hofmüller. She started art projects in the nineties that experiment with our surroundings through technology, setting up networks of servers. “At this moment, we are in a situation of ‘solutionalism'”, she states. “We only think about systems in terms of whether they work or not. When something is not working, we immediately want a solution. This idea has to do with a particular understanding of ourselves, in the rich part of the world. However, we should ask ourself whether Facebook is not just an illusion of what we want. What do you actually wish for?” According to Reni Hofmüller, the solution in the end might not be in a technical interface at all.

In a video interview, Arvind Narayanan states that it is most unlikely that alternative social media will overcome the power of the market. Even if alternative networks would be successful, this does not mean that decentralized networks are a better solution per se. For example, privacy remains a very big issue.

Discussion on the distribution of power and decentralized social networks will continue. How do we balance between idealism and realism? You can decide for yourself. Will decentralization be the future for social media? Will we keep to centralized networks, or will we opt for decentralized alternative in the end? Join the discussion!
By Therese Schedifka and Katía Truijen