“They are my ways of reacting on the imitated and fake media images of woman.”

Hester Scheurwater presents herself as a very critical and reflective speaker with an artistic approach at the third Unlike Us conference. 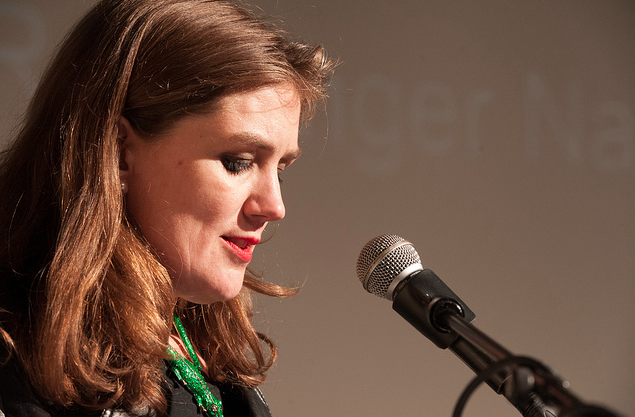 By speaking about her high heels daily diary she reflects on the boundaries of Facebook as a state with its own rules and administration. Bored by and angry about the mass medias perception of a woman’s body as a fake and photoshoped image, she started her provocative project on Facebook.

On a daily basis she posted pictures of herself that stress the boundaries of the network as well as the users. While the setting of the pictures remind the viewer of a living room atmosphere her body was highly sexualized due to her pose and her high heels.
For Hester Scheurwater, the pictures are a medium to investigate the issue of privacy and public and of voyeurism and exhibitionism. On Facebook there is the attitude of looking and being looked at at the same time. Personally her role as a maker and a receiver is an important aspect of her work which amplifies the critical idea behind the pictures.

The two goals of her project are the process of becoming aware of the fake media images of the mass media as well as the searching of boundaries of social control. The reaction of Facebook was to block her and stop the publishing of more provocative images. Her friends and supporters on Facebook who continued to distribute her photos in the network could not escape being blocked too.

What becomes quiet clear here is the existence of certain rules. To be socially accepted on Facebook means presenting yourself in a specific acceptable way. Users must comply with standards of their self presentation in order to remain part of the network. In other words, members are forced to the globalization of their identities.

For more information, see  Shooting back.