Tobias Leingruber is part of the Free Art and Technology Lab, a diverse collection of artists, engineers, scientists, lawyers and musicians who strive to enrich the public domain ‘one mutha-fuckin LOL at a time’. Embracing this spirit, the Munich-based communication designer spent years remixing the web with various hacks before turning his attention to Mark Zuckerberg’s global empire. Leingruber rounded out an incisive session on the political economy of social networks by discussing his Facebook Social Network ID cards and the forces that inspired their development. 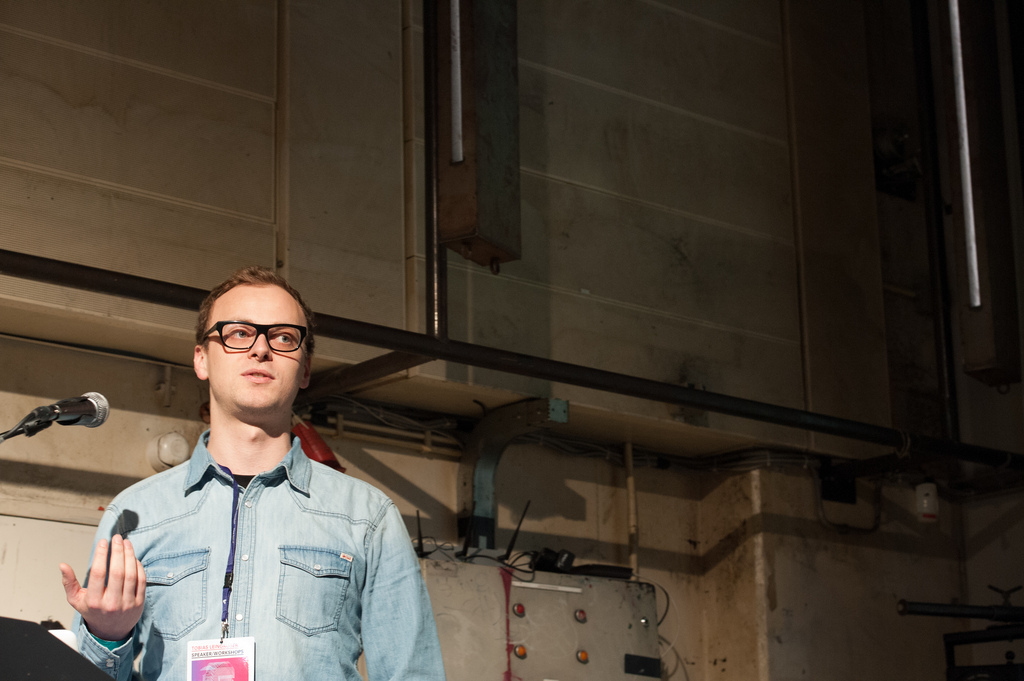 This common question was once asked of Leingruber in the most uncommon of contexts – a customs desk on the Canada-United States border. But while the officer may have only jokingly insinuated that such information was more useful than an actual passport, there is of course a deeper stratum of truth behind every gag. As we increasingly divulge personal data within the ‘blue book’, it becomes increasingly apparent that traditional forms of identification are no longer the most informative. As Leingruber explained, ‘Facebook has become our passport in this new digital world’.

The prominence of Facebook Connect throughout the internet is such that some websites now impose it as the only means of registration. This cedes vast quantities of power and control to the social media giant, which Leingruber argues has ‘taken over’ in a certain sense. Rather than programming their own systems of identification, web developers are lured by Facebook’s easy service and thus willingly and inextricably bind their sites to Facebook itself.

Playing with this development, Leingruber invested 800 euros in an ID card printer in 2012 and scheduled its premiere performance for May of that year. The actual announcement of the event was intentionally made at short notice, yet Facebook’s legal team apparently only required 48 hours to nip this artistic endeavour in the bud. In one of the more comical sections of his presentation, Leingruber recounted his disbelief at receivng an unexpected phone call from a Facebook lawyer very soon after unveiling his latest project. A cease and desist letter followed shortly after but by this stage the media had already taken an interest to his novel form of identification.

The title of the cards may now read ‘Social Network’ as opposed any specific corporation, but the underlying message remains the same. As Facebook progressively pervades our lives away from the screen, it is important that we think more critically about its broader social, political and economic impact. Leingruber’s project invites us to do just this.