How do we best respond to the problems and frustrations coterminous with our widespread adoption of mobile social media? According to Nathan Freitas, the answer may lie in building new solutions or enhancing existing alternative structures. In his lively Unlike Us presentation, the global human rights activist argued that rather than merely scoffing at the narcissism cultivated through mobile technologies, we should focus on harnessing this behaviour to have a net positive impact on the world. 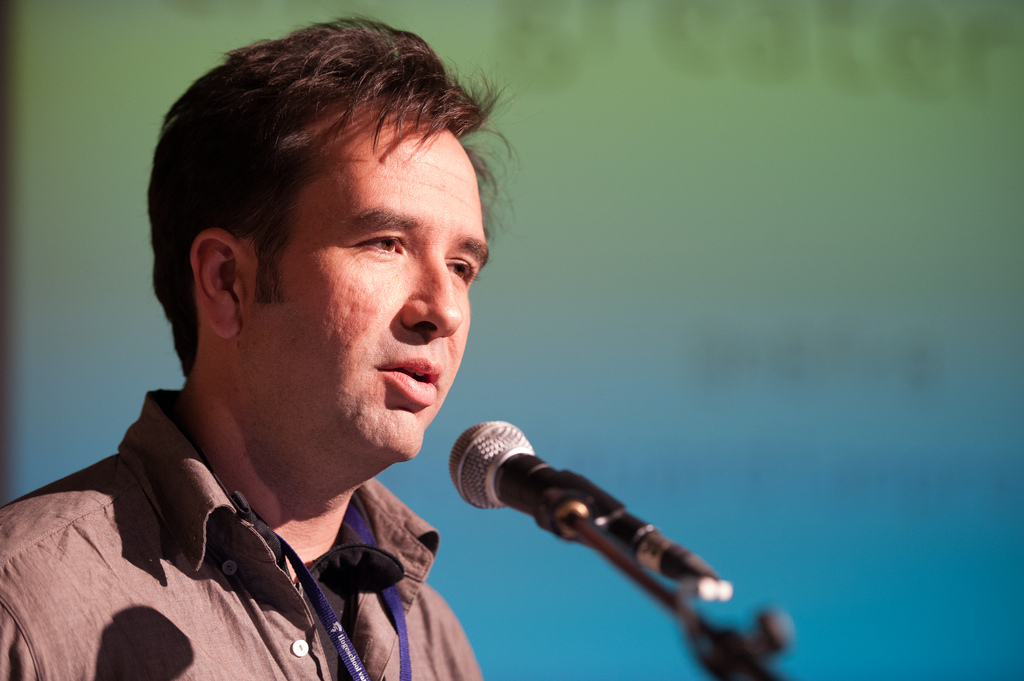 The first step towards achieving this goal is perhaps also the most tenuous and tricky: actually defining the ‘mobile’ in question. For Freitas, the complexity of these technologies probes far beyond Steve Jobs famous introduction to the first generation iPhone. While Apple announced the release of just one new product on that particular occasion, their late CEO went to great lengths to emphasise that a phone, computer and mp3 player were all embedded in this miraculously cohesive machine. As Freitas pointed out, however, each of us has a very different relationship with these ‘slabs of processing power’. The contemporary mobile may indeed function as a phone, computer and mp3 player, but these tools constitute just three of many modalities of usage.

Highlighting the diversity of perception and perspective when it comes to mobile media, Freitas first spoke of the phone as a sword, with users now gaining great potential to change, damage and restrict existing structures every time they take hold of these ostensibly innocuous devices. Then there is the idea of the mobile as something akin to a robot servant, a digital personal assistant so efficacious that we soon develop a dependency. The comforting aspects of the smartphone also lend a sense of companionship to the relationship that exists between user and machine and, as such, its qualities are more readily personified than those associated with static tools. At the same time, many of us feel as though we’re carrying a little enemy around in our pockets, which kills our time and perpetually interrupts our offline activities.

Ultimately, the mobile can be seen as a pervasive technology. Freitas argued that through understanding the nuances of our interactions, we are better positioned to hijack such machinery as a positive tool of empowerment. He is seeking to do just this through his work with the Guardian Project, a research and development venture that aims to ‘create easy to use apps, open-source software libraries and operating system modifications, and customized mobile devices that can be used and deployed around the world, by any person looking to protect their communications and personal data from unjust intrusion and monitoring.’ In building communities around the dense issues that mobile media entails, we may be able to beneficially disrupt the overwhelming tide of mainstream usage.