Simona Lodi took the stage fore the third session of UnlikeUs #3 – Political Economy of Social Networks: Art & Practice. Lodi is an Italian art critic and curator and she is interested in the relationship between art and technology. In her work she is focusing on methods and language, and the relation between social and political dynamics. For Unlike Us she talked about anti-social art and showed different interesting art projects. The collection consists of illegal art, social media processes and social and political performances. Lodi argues that the point of anti-social art is primarily political. 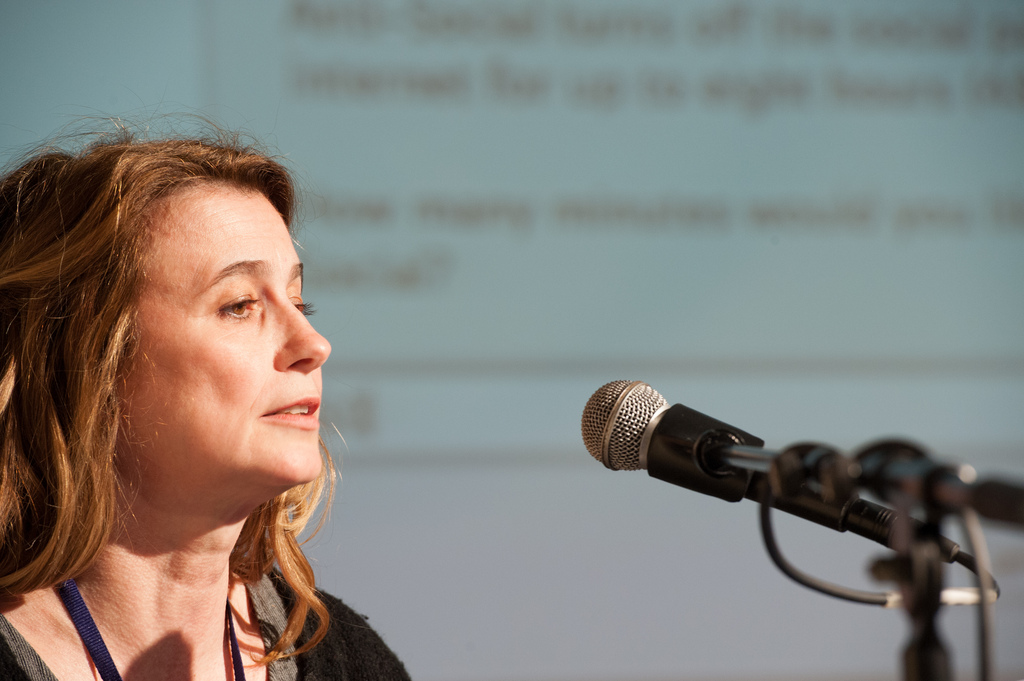 1. The Anti-Social app
For how many minutes would you like to be anti-social? With this app you can block yourself from being social on the internet, or at least from being social on Facebook, Twitter and other sites you specify. Lodi wants to show with this app that you can become more socially compatible when being anti-social at the same time. By anti-social Lodi does not mean unfriendly; the application is meant more in the tradition of negative dialectics which stand in contrast to projects like Hate-book. The anti-social is just an artistic example, nevertheless, Lodi emphasizes that there is a growing need for regular people to be anti-social in daily life.

2. Crystal Pillars – by Constant Dullaart
What happens when everyone can access your login details of your Facebook account? This is what Constant Dullaart wanted to find out when giving his details at a live performance in the New Museum in New York. He allowed other people to wear his public identity to the extreme point of not having his own details anymore, which is in strike with Facebook’s ideology. Facebook believes we are our Facebook profile, as such we are expected to carefully protect our password because it enables access to ourselves. Moreover, it also allows easy profiling for marketers.

3. Persecuting.us
The website persecuting.us shows one million U.S. citizens sorted by political affiliation. Months leading up to the election, Paolo Cirio privately stole data from Twitter from over one million Americans tweeting about the election, systematically determining the political affiliation of each user. All of their information, including first and last names, locations, and pictures, can now be found on Persecuting.us, Cirio’s massive citizen-sorting database.[1] This work exposed personal data instead of protecting it. Lodi sees this as an example of anti-social media for being social and a way of looking at prosecution as art.

4. unCloud
UnCloud is an application created by Rui Guerra and David Jonas that enables anyone with a laptop to create an open wireless network and distribute their own information. Once it is launched, a passerby using a mobile Internet device can connect to this open wireless network. The person running the application can decide what information is shown in any web address. Users can access information wirelessly while at the same time remain disconnected from the Internet.[2] For Simona Lodi this project is about the energy of sharing and free copying, and it is reminding us that the internet can exist without centralized control. What becomes clear is that our experience of the web is bound to inherent paradoxes that are reflected in its technical organization.

5. IOCOSE
The last example Lodi shows during the Unlike Us conference is IOCOSE. She calls it a crowded apocalypse; a simulation of a global conspiracy. Participants of the project are informing people on the street of a conspiracy, which actually does not exist but is generated by the crowd. The project was meant to be completely meaningless, but it created a lot of paranoia. According to Lodi, projects like IOCOSE reveal the paradox between the invisible force of conspiracy and crowdsourcing. It is an anti-social network. 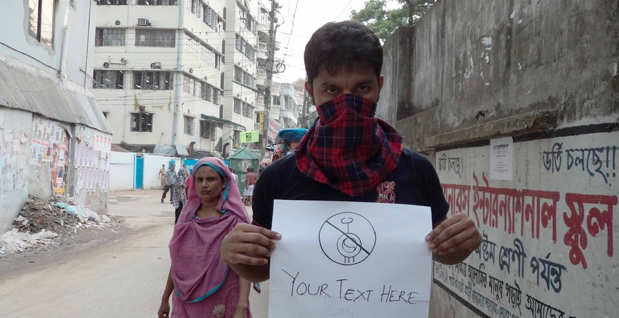 In sum, Simona Lodi showed us that artists are not just aesthetic mediators, but also social mediators who use networks to redefine relational and media space.