The second conference day of Unlike Us #3 ended with a smashing party at Op de Valreep. Op de Valreep used to be an old animal shelter, but the building functions now as a squat with a big variety of cultural, political, and social events. It appeared to be the perfect – although a bit cold – location for the Unlike Us participants, speakers, fanatics and hackers to have a party. 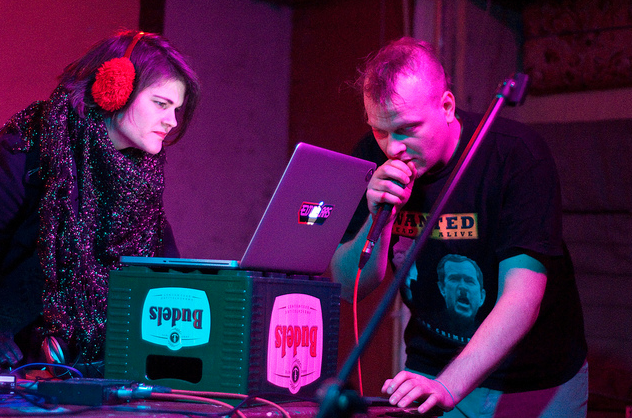 For the special occasion of the Social-R-Us party, new media researcher and poetic rapper John Haltiwanger performed a special rap about Bitcoin. DJ Eindbaas played nostaltic ‘chiptunes’ from game consoles favorites like Gameboy, Atari and Sega, and managed to get the crowd to dance and jump around. Although the venue was very cold – some say -15 degrees – and even the music performers were wearing warm coats and gloves, it did not stop the Unlike Us crowd from having a steaming party! 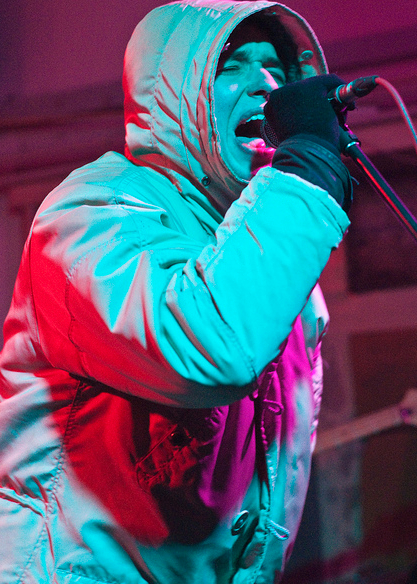