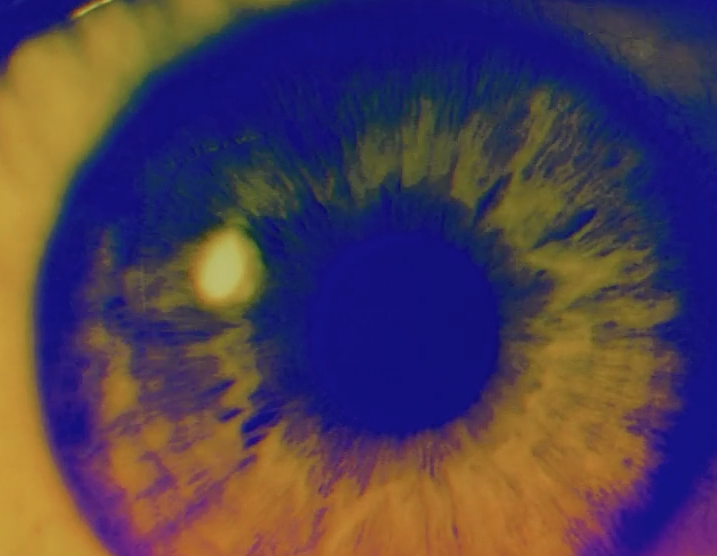 In times of (renewed) forced immobility, an old funny sketch comes in handy – and it’s both a bittersweet laugh and the perfect trigger for this reflection / article.

Picture yourself exercising on a treadmill: running in place, actually keeping the rhythm of a moving floor, adapting with the whole body to the fictitious movement of a revolving platform.

Now picture the possibility of increasing the speed: not your own speed, but (as easy as pressing a button) the machine’s one – to which you will then readjust the coordinated set of your running moves, accordingly and wittingly.

This arrangement can virtually – virtuously – viciously go on forever..
>>>> the hypnotic roll autonomously running under your feet, your feet keeping up the pace of a customizable tempo / your body moving forward, the roll trying to carry you away / remapping time while rethinking space / manipulating perception via a mechanized environment / stepping into some artificial (sedentary) future by escaping the undertow of a (gym-friendly) hamster wheel >>>>

Then some kind of discontinuity breaks the flow
– or the magic, or the dance –
and here’s the result:

Exhilarating evergreen of unintentional physical comedy (you’ll easily find it in a lot of “epic fail” compilations), but also very revealing for some secondary nuances: the body, abruptly uncapable of coping with the running machine’s – or machine-run? – acceleration,

1) falls badly
2) is immediately (usually horizontally!) ejected
3) eventually collides with something else in the surroundings

||| video break: 4 ways of con/versing with the conveyor belt loop |||

2. s y m b i o s i s
exploring the belly of the engulfing assembly line
(or Charlot‘s slapstick marxism in “Modern Times”)

3. a b a n d o n
randomized miniportions on the rotating unmanned restaurant
(or the Japanese [crypto-Toyotist?] tradition of “Kaiten-Zushi”)

4. o b l i v i o n
summarily classifying somebody’s ethos
by looking at his escalator behavior
(or one the most penetrating skits from French cult movie “La Heine”)
here the translation

This is more or less the feeling I have since my screen time dramatically / exponentially swelled (partially because of the pandemic, partially because more and more data is filtered or translated – no matter how – into [more and more] playfully manageable sequences of moving images): apparently I am the master of the timeline, I can exercise full control on that damned entropic drift, video-information is pouring on me but I can serenely unpack it, pause it, watch it later, rewind it and – wait: what about this new feature, inexorably popping up in every video-sharing/streaming platform? – speed it up!

Still, although several thrills of omnipotence have been running down my media consumer spine after such a twist, they’ve always been coupled with the of losing control precisely while being intoxicated by its apotheosis

→ that infectious idea I could compress my watching time, align my sensory system to the overabundance of content by streamlining my feast response – it’s just a matter of transforming my audiovisual swallowing along the line of competitive eaters, pimping my binging attitude while perfectly keeping track of what I’m feeding (chewing?) on, slowly [ ! ] attuning to the quickening of everything while maintaining a solid grip on my altered perception..

The first thing you realize – after casually focusing on that mellow additional button, half-concealed within the usual player controls – is:

I’m almost sure this option
was already here six months ago (if not six years),
but for some unexplicable reason
I never really cared about [clicking on] it

The second thing you realize – while fatally falling into the spiraling suction of adulterated media consumption, some unexpected habit that already feels like an ancestral given – is:

this is a captivating yet imponderable terrain,
I better stop now (read: I should have stopped one minute ago)

The third thing you realize – when finally surrendering to such brand new modus operandi, discretely disruptive and pervasive to the point that your whole life (way beyond your mechanical info-in[di]gestion) feels out of the blue quite distant (if not completely motionless) – is:

preliminary notion:
please revisit the ancestral
audio recorder control dock
⇓⇓⇓
where all of this originally started,
and some primeval geometrical shapes
acquired an additional and crucial meaning (..forever?)

..lost that strange word?
just jump a little backward
..wanna know what happens next?
just jump twice as much (why?) forward

you’ll be done with these words & images in exactly […], won’t you?
(ehm.. did you also include the flashing sharade of multimedia hyperlinks
the average article is nowadays regularly full of?)

it was hard, but in the end also the giant of streaming surrendered
from now on you can run [baby run] also here – but not too much!

is it possible to accept the challenge while insinuating some doubts?
I’m not exaggerating when I tell you I was totally blown away by finding this hidden menu within the high-brow “Cineteca di Milano” archive [“smodata” stands for “ludicrous”, and this can’t absolutely be a neutral choice: we just need to decide/understand if they’re quoting the original “Star Wars” parody or the recent “Space Balls” hint by Elon Musk..]

too perverse?
some mixed feelings

Once you pass the 2x point-of-no-return, strange (after)thoughts start to populate your waking hours: you retrospectively question your fruition choices, you ask yourself what else could be 2x-ed, you struggle to develop some personal trick profiting from such a revolutionary (yet controversial) discovery / resource.

As for the afterwards evaluation of your previous device-user life [aka the eons devoted to time-based media as experienced via some apparatus you were able to directly manipulate], it’s not just the bare count of < how much time could have been saved > if only this option was available – or simply acknowledged – before, during those obscure moments when you were still forced to accept the excruciating 1:1 chronology of playback content as presented (occasionally or desperately skimming / skipping / sifting the whole piece if searching for relevant spikes).

Mental experiment: in the case of pedestrian vs motorist takes on personal mobility – imagine some late 19th century citizen witnessing the advent of private car technology during his lifespan, or a duly driver’s licensed youngster triumphantly free from parental rides – the comparison between past impossibility and present euphoria would be clearly fruitless; the problem arises when something like a bicycle is introduced (either historically or urbanistically) in the equation, an element that totally rearranges the scenario while jamming the variables. If it’s true – following our example – that cycling is not only the fastest way to get around our congested metropolitan areas, but also some quite powerful game-changer tool for human locomotion in general (check this astonishing relic if you wanna have a compressed / multilayered trip combining futuristic televisual videoconferencing & desktopian foretelling spiced with eco-friendly anecdotes), then why insist on that obsolete thing commonly known as walking – in particular to cover repetitive, redundant or indispensable trajectories? 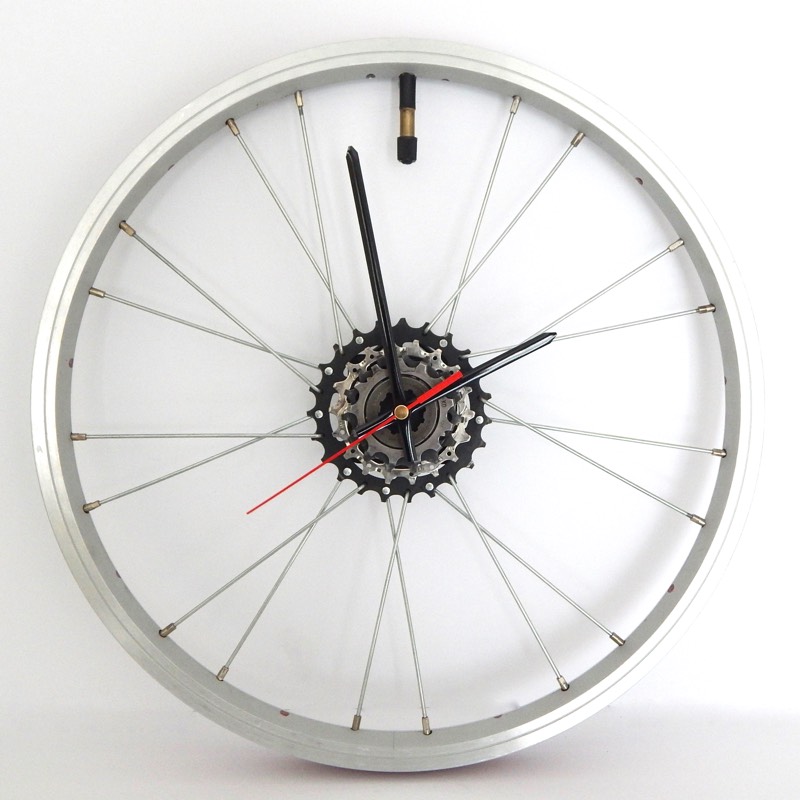 *if you’re wondering how to accelerate a live event, please wait for a few more lines..

Since we’ve been bombarded – particularly during the blazing ’80s – with countless techniques or manuals promising to teach us how to properly speed up our (working?) days, our reading sessions or – tritely – our weight loss [not to be confused with pure FAST-ing..], why on earth shouldn’t we desire to accelerate our primary activity of this inauspicious 2020?

Furthermore, what else could be accelerated?

Incidentally: is it just about audio or we can also learn to process sped-up complex video sequence? (apparently not: you may indulge on this quite loooooooong [but very accurate] academic contribution about post-cinematic fast-editing, hyperinformatic action movies, crazy camera movements and the [unfortunately fixed?] limits of spectators’ cognition to understand why..)

Moving on – when we temporarily, fatefully unglue our eyes from the desktop/screen world, is there anything we can similarly improve in our daily (mostly verbal) interaction with peers?

Why is everybody around me speaking so slowly?

I tend to speak pretty quick, at least in Italian (just to be clear: one thing is the unfathomable John Moschitta or the livestock auctioneers depicted in this wonderful Herzog docu, another is my speaking style, nevertheless..); some people have problems with that, on the contrary I’ve always been extremely bored by people (not necessarily including friends or parents here, rather professional talkers like lecturers or teachers) whose eloquence is not an appropriate balance of rhythm, timbre, volume and choice of words – and this doesn’t always imply pure speed, the best recipe being instead a calibrated supply of concepts at the right mental rapidity..

One month ago, during an online lesson, I spoke to my videogame design students about this 2x craz[in]e[ss]; a week later one of them – strangely unware, to be a millenial, about the magic button – came back with a couple of shocking facts:

1) while she was smoothly able to retrieve in almost half  the time most of the recorded clips from other classes – a bunch of lessons she didn’t feel like following in real time (“you saved my week”), she noticed it was instead slightly problematic trying to adopt the same strategy with our lessons (“is this implying you’re delivering us 3 or 4 times the amount of inputs of other teachers?”)

2) after a good half-week of stunning re-wiring, she was surprisingly able to increase the speed up to the maximum – as well as applying the same methodology to the rest of her media diet; while transfigured, transformed or even transported into some other dimension, she was secretly observed by a roommate peaking through her door (“at first glance my friend didn’t understand how I was able to sustain such uncommon velocity.. she told me it was like looking at an alien”) 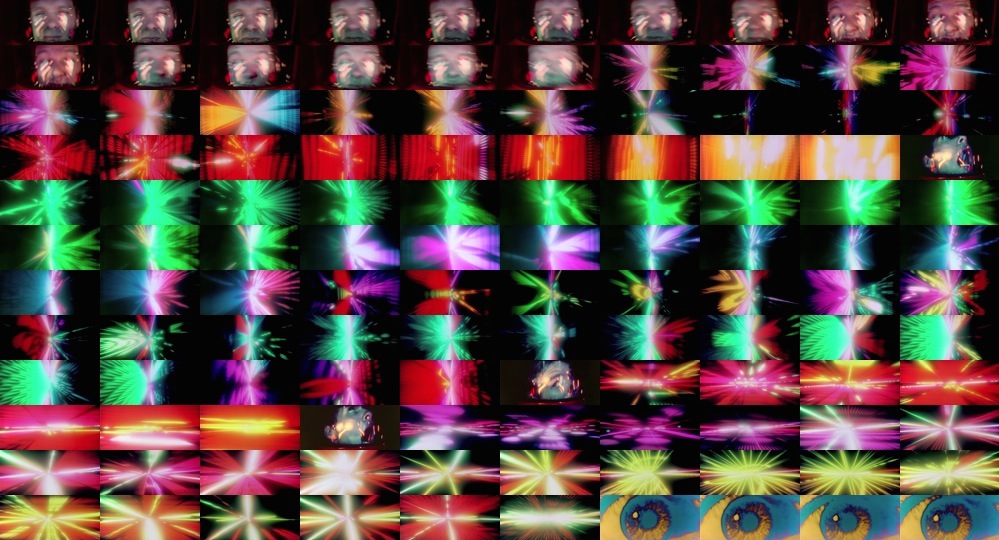 2 min of David’s hallucinogenic descent into the StarGate (from Kubrick’s 2001), fragmented & cinemetrically reassembled as a 1-sec-intervals palette composition via the polyvalent THUMBER app

And now, for some final [bittersweet, once again] icing on the cake:

→ what if one of the side-tragedies of our endless pandemiCOVIDeorama (far enough clumsy and wearying) is the utter impossibility to timely customize the desktop-filtered chronological flow during live events?

Well, here’s my little prese[n]t: it’s not always usable, but when/if conditions are favorable it can definitely guarantee you some inviolable healthy pauses away from the screen (why don’t you stretch your limbs, run around the table, have a coffee, look out the window, or just close your eyes?).

First requisite is – of course –
not to be on (web)camera.

Second requisite is to more or less
be aware of the (others’) talking/acting slots.

Third requisite is to adopt a calculator mindset,
fueled by arithmetic and punctuality.

Now: let’s assume you’re attending a moderately piercing meeting, and you have to express your opinion after a round of interventions [nota bene: since this may be risky, you wanna first exercise yourself on easier tasks like conferences followed by Q&A or book presentations ending with some mild interactions].

You know that there are 3 more speakers, and they’re gonna talk for about 10 min each. 30 eternal minutes of real time video stand out ahead of (or against?) you, but this means you have a good 15 min to indulge in self-care [the magic formula to enact the doubling spell on the fly being obviously x/2].

You better be fast, cheerful but effective: stand up, leave the computer/laptop/tablet/smartphone silently amassing the contextual blabber, choose one or more distractions. Come back after approx 15 min, shamelessly rewind the streaming by 15 min, launch your counterintuitive re[cent]al time 2x-ed operation et voilà!

15 min later, by swiftly readjusting to the communal spatio-temporal coordinates, you’ll be automatically and effortlessy catapulted back into the conventional hic et nunc (landing on potential debates, fully equipped with all the necessary knowledge)!

that’s all, at least for 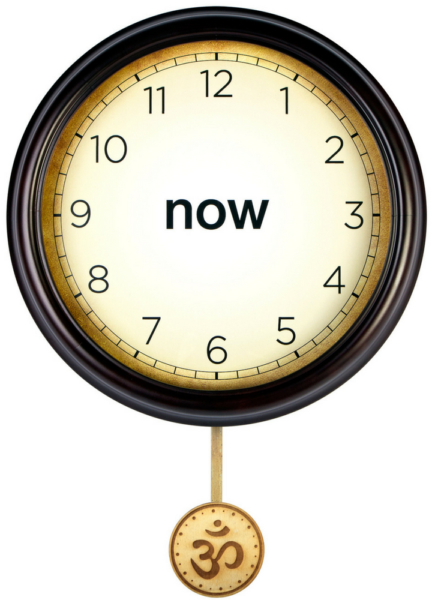