Recently presented at the IFFR in Rotterdam, Generatie B (2017) portrays a near future in which the credit rating of Belgium drops from AA+ to B. The TV show is set in Bruxelles, where a job that is not a bullshit one seems impossible to find. And the bullshit ones truly live up to their name, like a gig in a call center where employees are required to speak with Indian people, simulating their English accent. After a shift that rigorously takes place at night, the main character can finally go to his rented sofa, since a room would be too expensive. This state of affairs recalls even too closely the case of the United Nation intern who had to live in a tent because of the steep rents in Geneva. As in the best tradition of tactical media, David Hyde’s action was a fiction, but a convincing and therefore scary one, exactly like Generatie B not-so-far future.

Generatie B depicts the real clash of civilizations shaking Western society, which is not the one between native and non-native, but the one between millennials and baby boomers. The series convincingly frames the issue of lost privilege within multiculturalism and the global market. Here we are not merely confronted with the present-day miseries of the precarious youth (unpaid internships, vouchers, VAT) or with the adversities faced by a specific professional category. 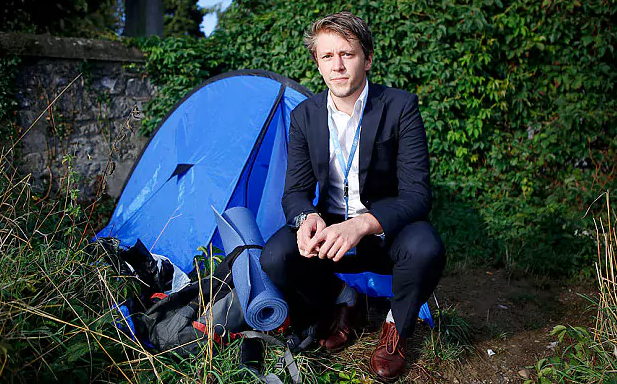 The merit of the creators lies in the fact that they used these issues as a starting point leading to a series of alarming, but also partially intriguing developments. Like the almost Situationist civil war fought by the Generation Liberation Army, which is constantly designing new tactics to disrupt the draconian measures put in place by the state to rise employment. Finally a boring dystopia that is not boring at all.