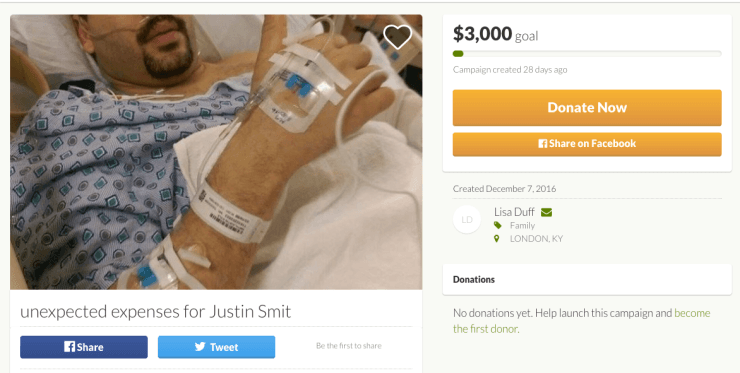 In 2014 I created Kickended, an archive of Kickstarter’s $0-pledged campaigns. My attempt was to highlight the survivorship bias constitutive of crowdfuding as part of an hegemonic culture of success: at the time, both Kickstarter’s interface and tech news were all about campaigns that raised hundreds of thousands of dollars.

I’m utterly surrounded by crowdfunding campaigns resulting from the erosion of income, fundings, and other financial means. In order to attend the same MA I did, a Californian student started his own campaign on Indiegogo, going through the humiliating process of having to demonstrate what he is worth to an audience of unknown people and coming up with perks. He raised almost $3000 out of $13.000. Similarly, for the first time in a decade, the Institute of Network Cultures is forced to ask money to its network in order to finance a book on financialization (the irony). This is my pay-off for the campaign: "If you think that cultural institutions shouldn’t need to resort to crowdfunding in order to produce and disseminate critical knowledge, here’s the crowdfunding campaign for you." BTW, you’re still in time to donate.

Kickstarter doesn’t allow its users to delete their campaigns in case of failure. The reason is transparency. I assume Indiegogo does the same. Now, I think of the above student, and many others like him, who has to live with that promotional, entrepreneurial framing of his online persona. Ian Bogost was disturbingly right when in 2012 he asked whether Kickstarter was a crowdfunding platform or a reality show. Campaigns, heartbreaking or otherwise, can be as entartaining as a Netflix production, this is why I think Kickended was so succesful.

Today I read an article by Molly Osberg entitled "How much do we need Obamacare? Just take a sad tour of GoFundMe". Osberg offers an overview of the deluge of often unsuccessful campaigns concerning health issues: elderly people, Vietnam veterans, prematurely born infants. Here’s what she writes:

Like many of the so-called “personal” campaigns that fill crowdfunding sites like Indigogo and GoFundMe, the plight of the paleta man could have been considered both a bout of poor luck and a side-effect of political choices. Naturally, the framing that won was the former: Madly popular crowdfunding campaigns tend to be willfully ignorant of the forces that actually affect lives—if they weren’t, their capacity to inspire hope would be significantly diminished.

The last day of 2014, Rob Walker declared that a trend was on the rise, a trend characterized neither by happiness nor by anger. Kickended was a case in point of what he called "the Sad Internet". The inert sadness increasingly permeating the internet shoud be converted back into anger, productive conflict, and eventually into the refusal of the political choices that force people into this tragic, mortifying entrepreneurialism.