On 17th of November, 2018, I had been invited to give a presentation at Forum Design de Paris about my graduation project called Walky-Worky. The following text is what I read out loud from my smartphone, due to fear of public improvisation.

“Goodday everyone, my name is Maisa Imamović, and I am here today, to introduce you to Walky-Worky, also known as my graduation project.

I graduated this summer from Gerrit Rietveld Academie in Amsterdam, and I only mention the institution because it was a very interesting context to develop the idea of Walky-Worky in. Interesting in terms of stress, and a very specific stress.

In the academy, especially during the graduation year, students struggle with the pressure to fulfil and meet the expectations of authorities, more than with the stress of meeting their own expectations and goals. Some of the main questions are: Will the project fit to the graduation show? Will it attract the audience? What’s next? Something about this observation was telling me that the idea of education/learning, is somehow cut off from students in graduation year, and that most of that time is spent on making a project which is convincingly “sellable”. So it should fit to the graduation show, it should attract audience, and what’s next depends on how much the project follows this criteria. Creativity in this case, further takes the form of a product during the year. Being creative in this case, means working, similarly to 9-5 regime, except that the students are the ones who pay for it, instead of getting paid to graduate. That’s some brief introduction to the context, from a personal point of view, and I think it’s important to mention as it was an initial point of my project.

I think that it’s also important to mention what I think about the context. Where I stand is somewhere much against capitalisation of creativity and ideas, specifically leading to work-overload, and probably over-production, but also the killing of the orgasmic urge to create, and the killing of crucial reflection during the process.

While being in the same position of graduating, I decided to make a product from the beginning, just to avoid the resentment I would feel, if someone else would classify it as such (during the graduation show). I made a working table which I would give away to students to have a working experience with it. Along with the table, I’d give them a questionnaire to fill out after their experience, and the collected information soon took a form of a data archive. 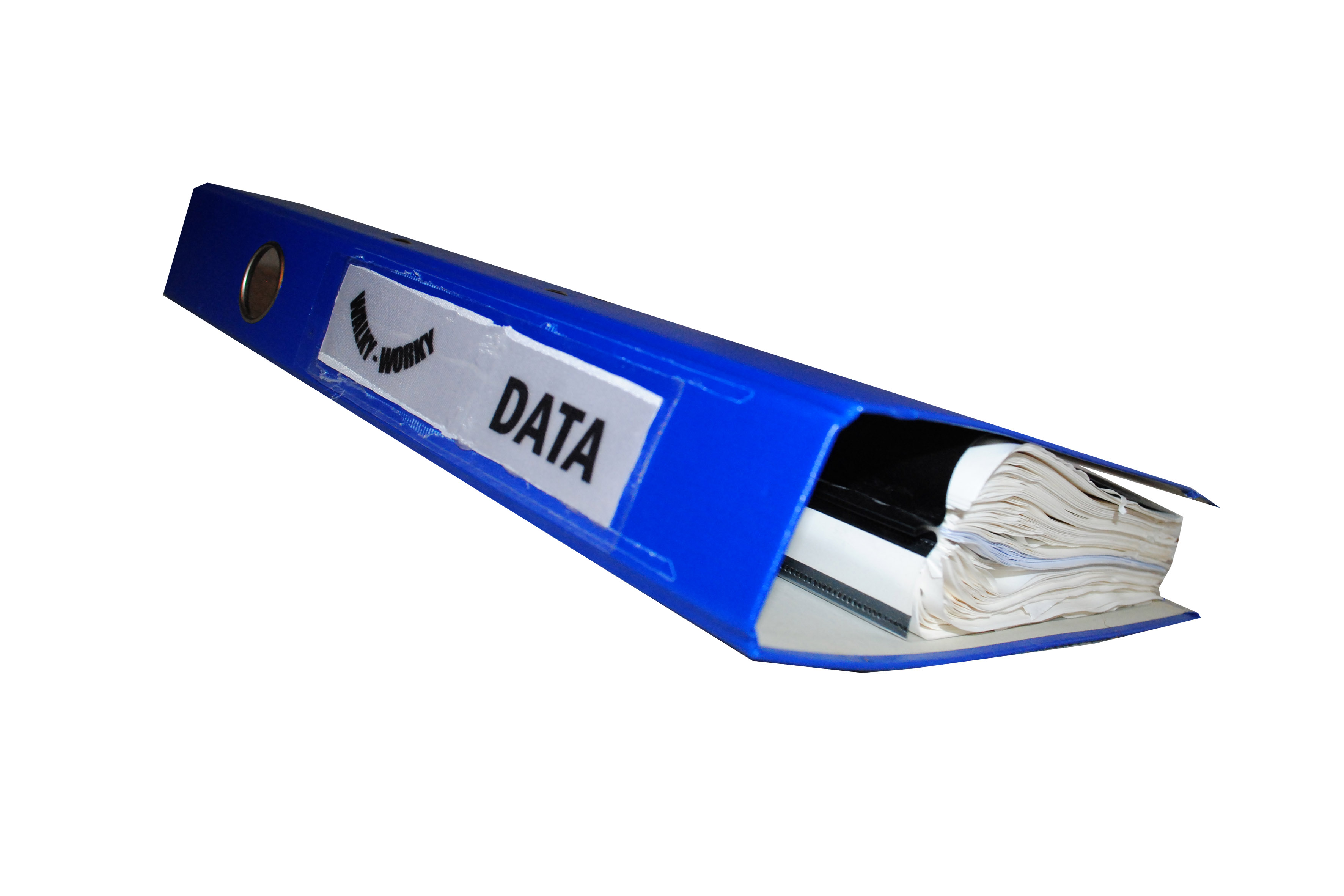 Here is a more serious image of the archive. 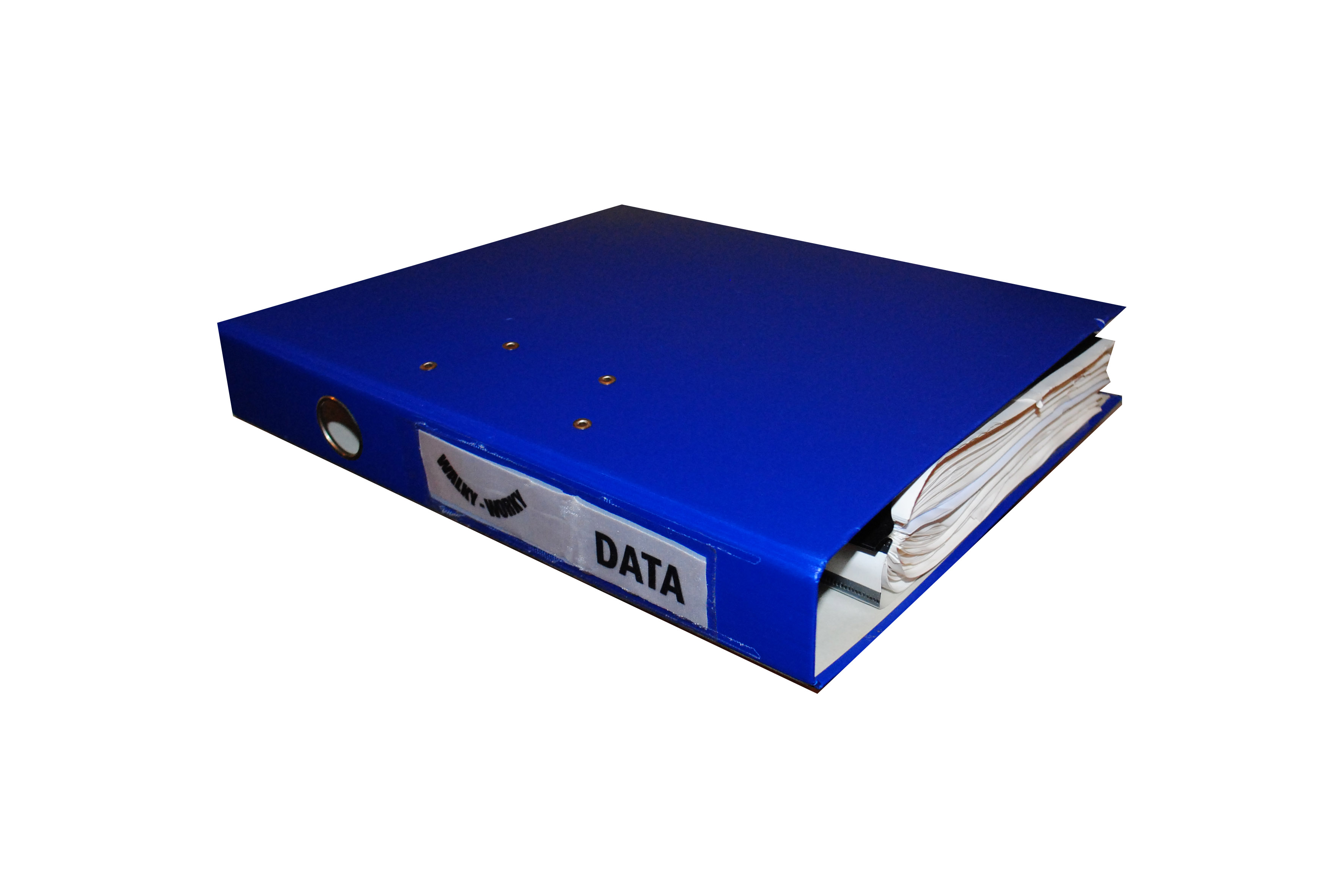 This is what the information turned into: a general overview (of data). 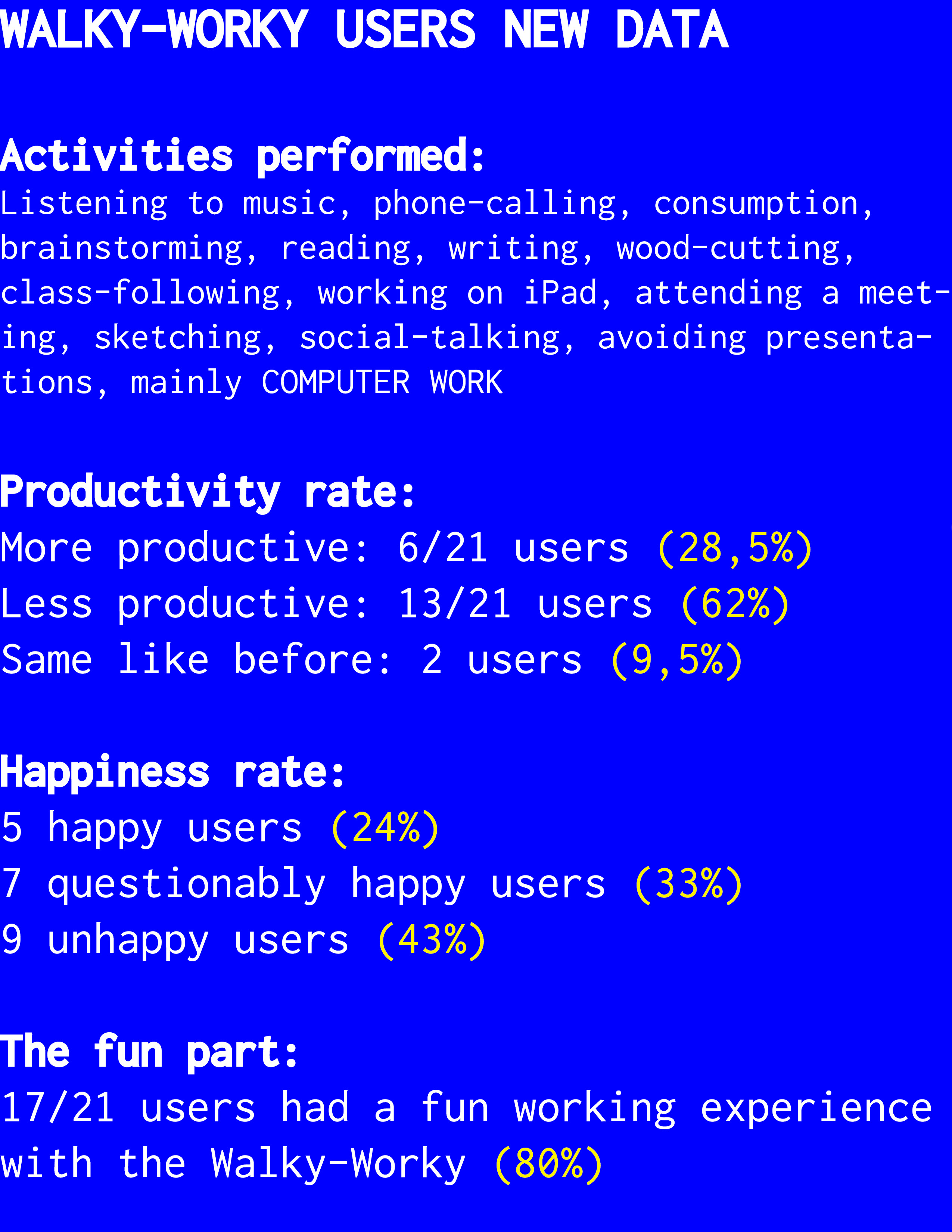 After some time of collecting experiences, students became users, and I really started to feel as if I am inventing a product of the year. 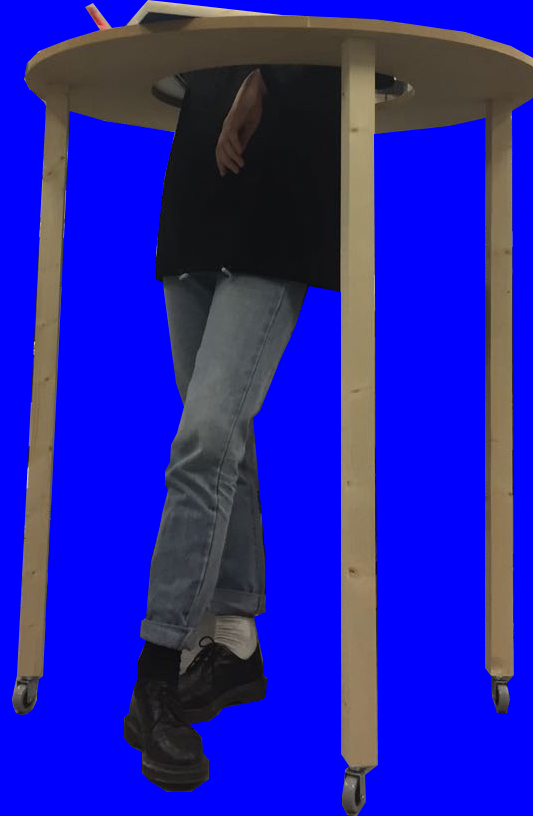 The very first prototype of Walky-Worky

On the picture, you can see that it’s quite practical, it traps the user within itself, and even brings the hard-working experience to the next level. That’s also why it’s called Walky-Worky, you walk and work at the same time.

However, it was a very clumsy prototype, and almost dangerous as well. The legs were shaky, and the plate would be a heavy one if it would fall, so the users started working very consciously and cautiously on it. Besides complaints, in the “other remarks” section of the questionnaires, users were advising me to fix the problem, and even drew details of how to do it.

I collected 30 experiences from 30 users, in 5 months. After mapping and summarising the returned information from questionnaires, it was clear that everybody wanted to have a comfortable working experience. Now, what did that tell me? Not only that we are so used to comfort in our consumer culture, but also that users demand full comfort during their working activities. It’s a double yes-situation: 1 yes to comfort, 1 yes to work work work. And since these working activities were over-performed endlessly within an art academy, I easily came to a conclusion that the users were contributing to maintain this product-dependent society. (By working hard on a project which will end up being seen as a product)

I am not a big fan of full comfort, or constant work, so I decided that I don’t want them to work efficiently and comfortably. I started to design an interruption within the table, inspired by the coincidence of table’s shaky legs. This is what the table turned into: 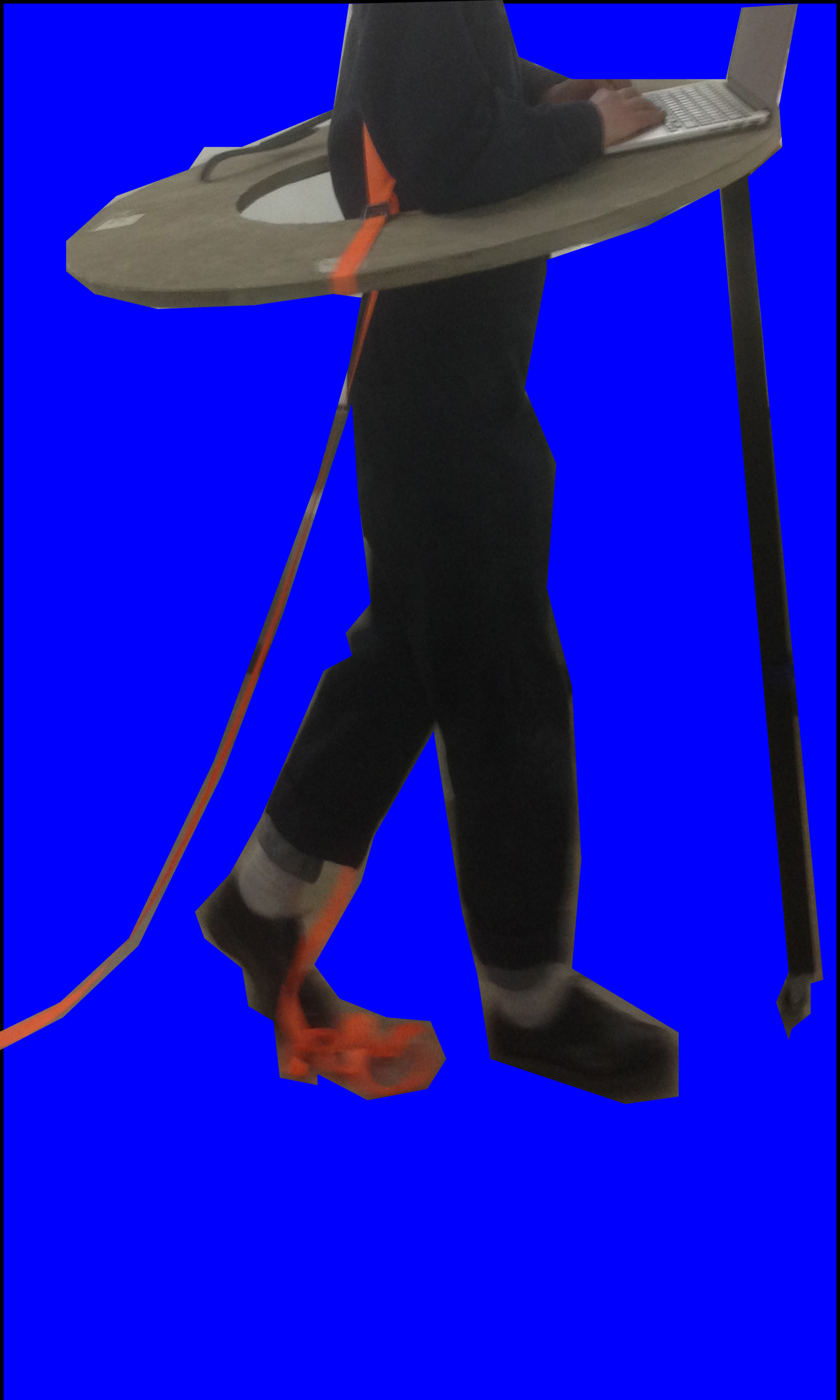 You can see that it became a wearable object, and quite heavy. A bigger trap than it used to be.

Next to it, I made a campaign video to justify my design choices, so that the audience wouldn’t question my decision so much, but rather question if it’s a necessary product, or if it would actually work. Let’s watch the video:

You might have guessed that the video was inspired by top-shop commercials. There’s a societal crisis chapter, telling us that something is definitely wrong with how we live our lives, there’s the solution chapter in which the product is obviously the god of this situation, and then there is a crisis solved chapter in which the product is trying to convince more than it works to actually fix the problem. This is only the trailer version of it.

So the ridiculousness from top-shop commercials further inspired Walky-Worky to also be presented absurdly, because it exists mainly to be questioned: why would anyone be interested in buying Walky-Worky were it to be massively produced on the market? I further wonder if the same question could apply to many other products and ideas today? Especially the ones that promote full efficiency, alternatives, solutions, and a better tomorrow? Walky-Worky does the same, except that it offers a designed struggle/ a discomfort, probably not something that the user would become dependent on.

To be honest, I would be very happy if Walky-Worky would actually be put into practice because it does function perfectly as a distractive tool. But, in such a structured and comfort-driven society, nobody seems to be ready to chill a bit from work, or let the struggle be a comfortable part of one’s life.

Here is how Walky-Worky looked during the graduation show: 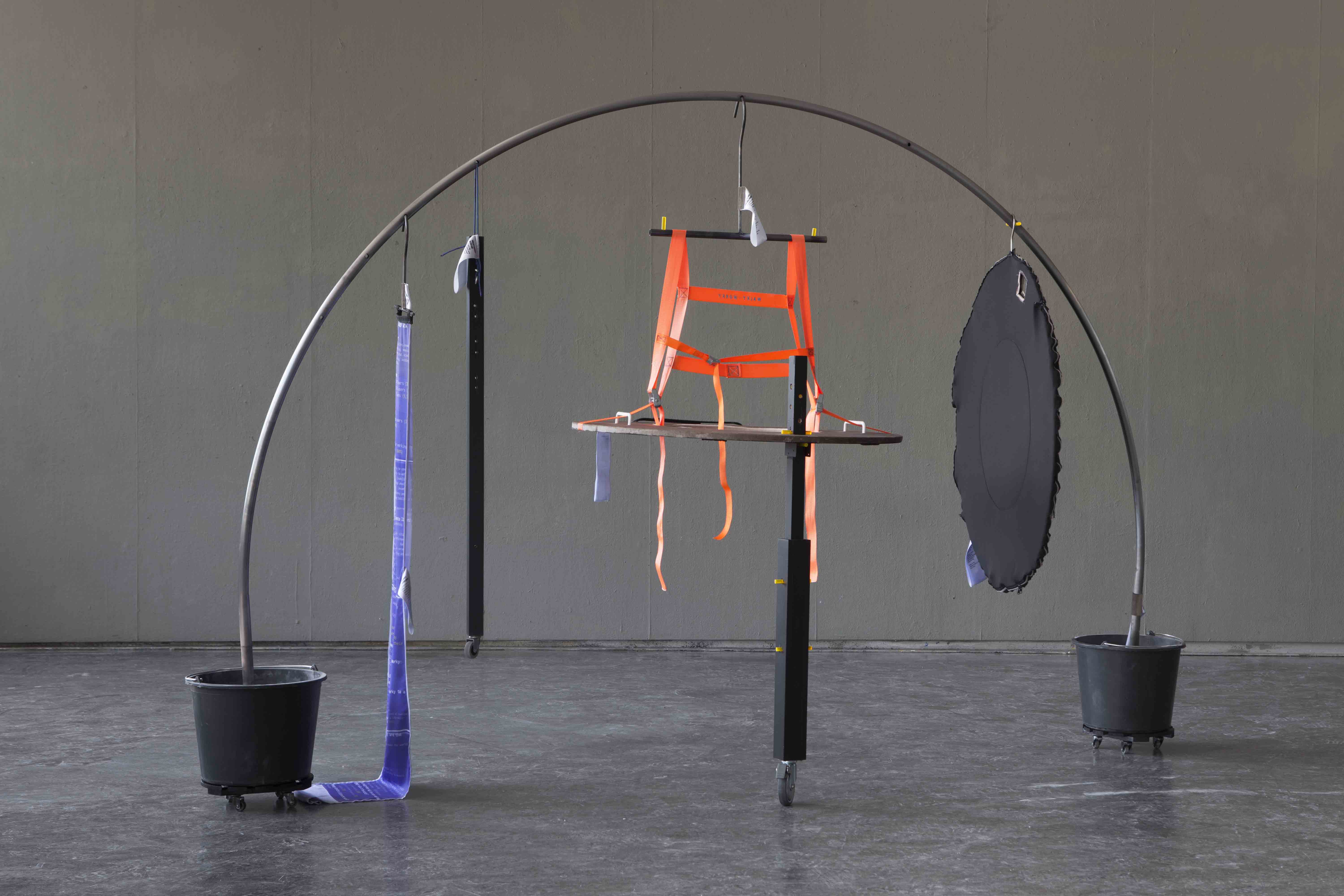 So, I will conclude my thoughts on Walky-Worky by saying that it exists to question the context it derives from. Educational institution is one example, Walky-Worky is meant for all context where work is done.

And finally, before offering hope as a solution, I will end this presentation with a question: 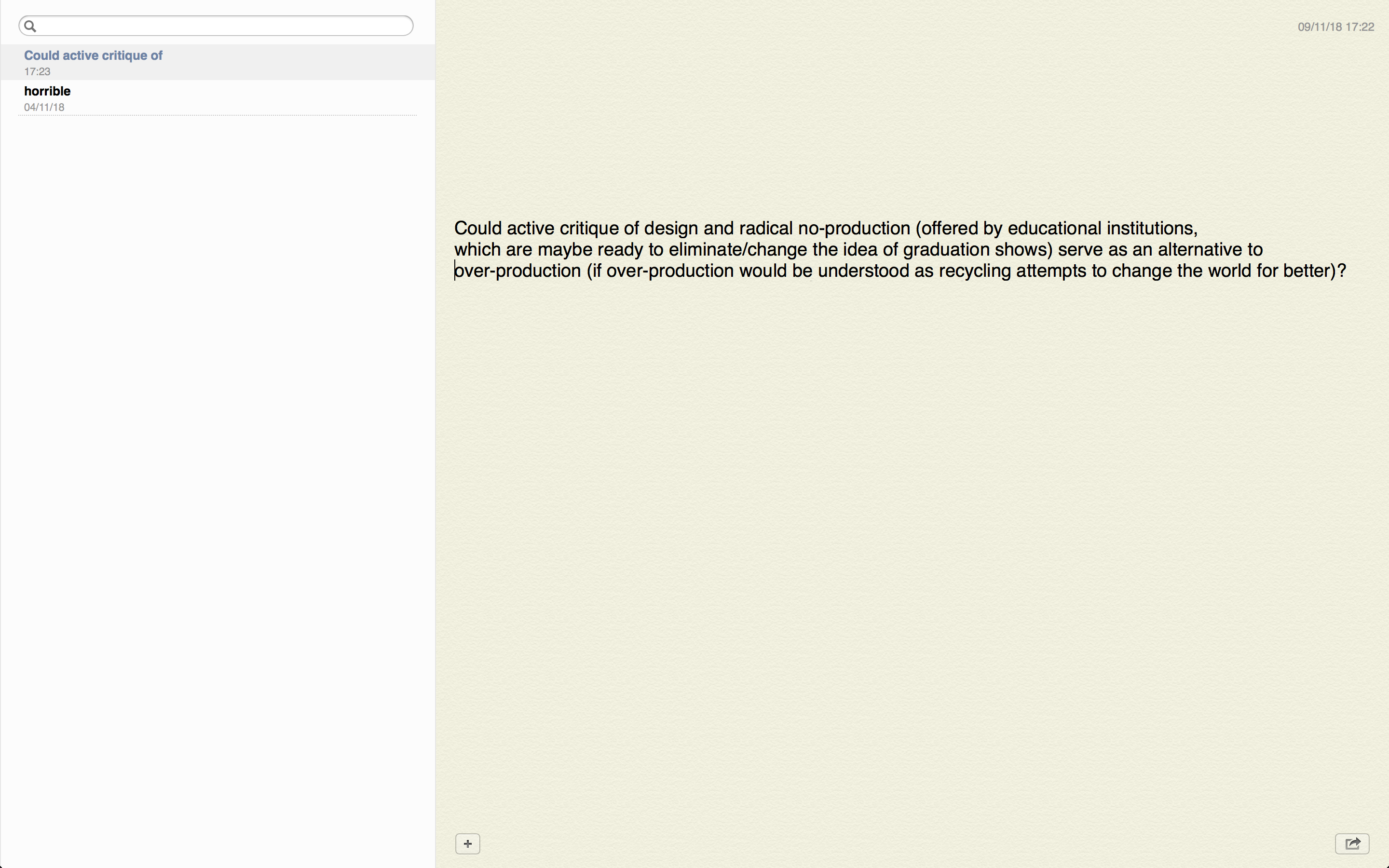 And I will also end it with my answer, because I think it’s important to explain the irony I find myself in, which is: proposing a non-productive practice while being a maker at the same time. Certainly, my making doesn’t end here, my next design will be a DJ chair; because I still have an urge to distract people, or DJs from over-working; and then once I accomplish that and the majority has nothing to do, we can start talking about why making or designing is actually important in today’s times when objects are the ones who design our ideas instead of vice-versa. (Beatriz Colomina and Mark Wigley said that, and I agree with them)

In fact, I lied when I said that I will end it there, because I actually want to end with a book recommendation. If you also sometimes think that your ideas are not yours truly, but a cause of much stronger forces, sometimes called products, a book by Maurizio Lazzarato called Signs and Machines (capitalism and the production of subjectivity of course), is your friend.”

4 thoughts on “What is the idea behind Walky-Worky?”