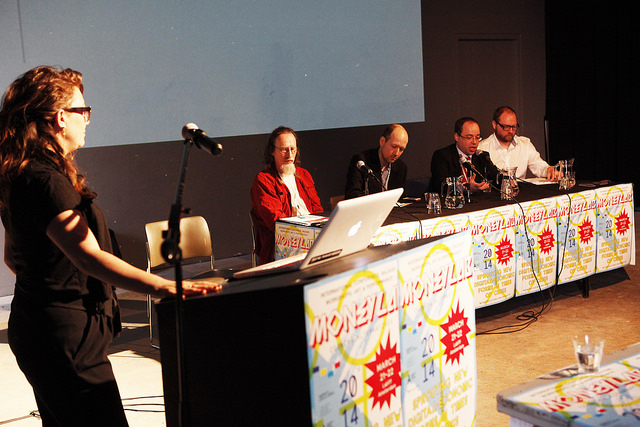 Eduard de Jong started the session on Saturday with a brief history of digital currencies. First of all, he explained, it is important to understand what we mean when we say “electronic currency”: electrons that represent monetary value. The value is transferable and the electrons are on a wire, in silicon, in a magnet. De Jong went through some interesting examples such as:

A typical visualization of an e-currency system will have these attributes: 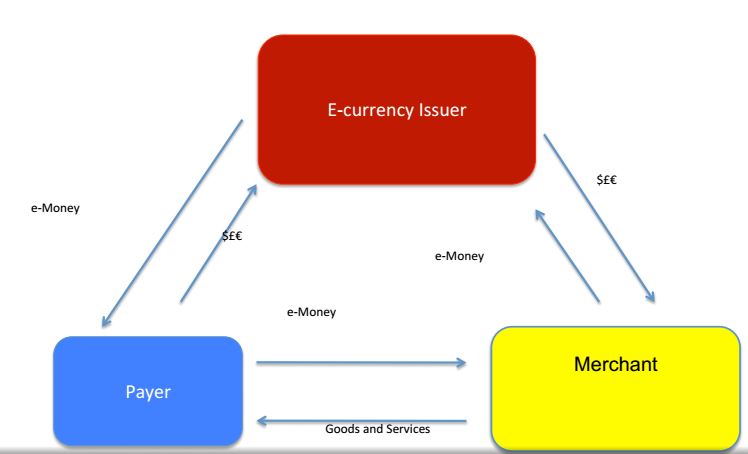 The classical currency will, thus, be used in the transaction between the payer and the e-currency issuer as well as between the e-currency issuer and the merchant, with goods and services being transferred between payer and merchant. Cycle wise, the transfer of value onto a device requires a processing period. This is what De Jong calls “the redemption period” – a phase in which the value has been transferred but the customer cannot access it yet. This varies from system to system; evolution, in that respect, brings with it a competitive advantage.

E-currency is spendable as well as redeemable

De Jong goes on to describe two systems – the open and the closed one. The closed system will have the company and the e-currency issuer as part of the same organization:

Whereas in an open system, we see the issuer and the company as being two very separate entities.

Looking at Bitcoin, we see that it is a decentralized, closed e-currency model, where trust in authority is replaced with trust in computation.

As a conclusion, we see that electronic currencies have been here for over 40 years and they are here to last. The majority of the systems will fail in practice, with notable exceptions in the case of public transit. A truly scalable model would be an open one, in which the payment issuer makes the connection between the customer and the company, the customer exchanging value and the company offering back service, with all security needs met.