The Alternatives Bazaar on stage made its debut with Geheimagentur, a project from Germany that started out as a protest against the conventional banking system and as an art installation (“the bank of burning money”). Later on, the project developed into a solution for impoverished communities in Germany. The switch was from burning money to inventing it.

Inspired by community initiatives such as Banco Palmas in Brazil and New Economics Foundation (NEF), Geheimagentur began their journey into an economy of gift. Banco Palmas is a solution for rural poverty that ensures micro-credits to local entrepreneurs with low interest rates and no registration requirements or guarantors, except from a neighbour confirming the borrower’s reliability. NEF is a think-tank based in the UK that promotes social, economic and environmental justice. It is behind successful community currencies such as Timebank, Brixton pound and LETS, to name a few.

Geheimagentur is now supported by local authorities in building The Black Bank of Oberhausen and The Children’s Bank, networks that complement the official payment systems. Their goal for the future is to establish a trans-European real democracy movement by organizing a General Assembly in December 2014. The Black Bank offers Kohle coins to people, who in turn provide services for the local community of Oberhausen. Shops offer certain services and products that can be paid with Kohle. The Children’s Bank of Hamburg is conceived as a participatory children’s theater in collaboration with Theater of Research. Schoolchildren invent a currency for themselves, create a design and a name. A network of local shops offers services and goods that can be purchased with the currency.

The Next Nature Network proposes a new currency (the ECO currency) that will bring doing good for the planet and the financial system in harmony. A possible scenario would be: a local farmer takes care of the rainforest and gains ECO coins that he can use for living costs. This is a very organic alternative to our current forms of currency, as the farmer would normally need to cut down the rainforest entirely in order to cultivate crops and earn a living.

Teach2Fish offers consultancy to any entrepreneur or artist who wants to successfully crowdfund. The startup does this by helping its clients understand their “WHY” part of the project, and teaches them how to tell their story better, unleash the power of the crowd and last but not least, achieve their dream. Among the projects that Teah2Fish has made possible are the Impact Maker’s Fund by Impact HUB Amsterdam (a fund especially created to support social entrepreneurs in starting their businesses), Starters4Communities (who offer practical training work in neighborhoods) and Ortus, an innovative board game. 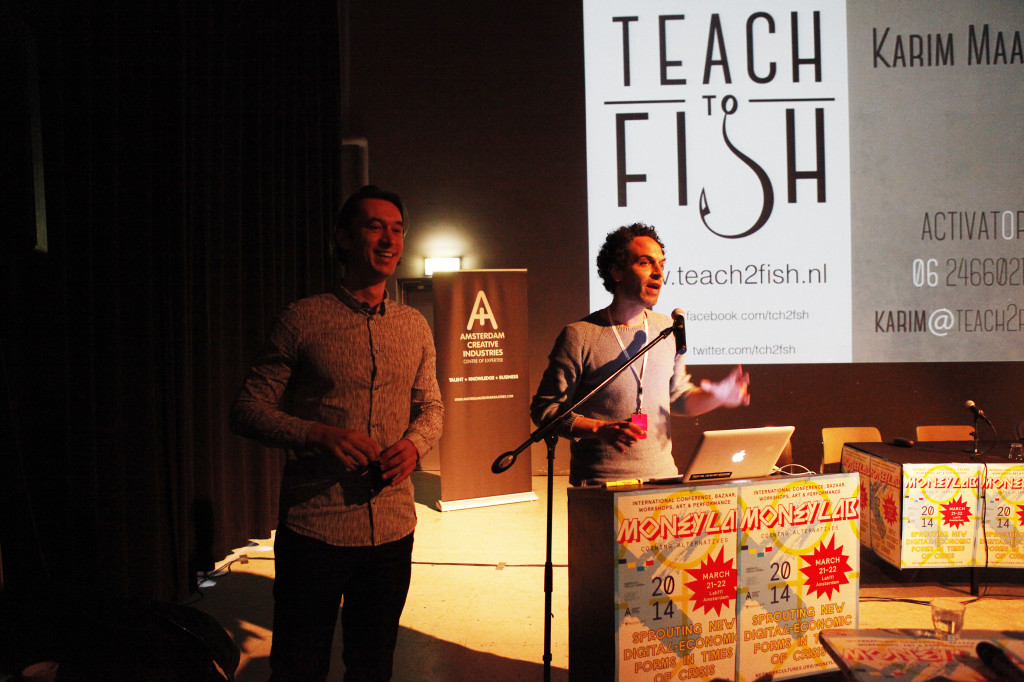 Share.nl explores the 3S (social, sustainable and saving money) to bring the sharing economy to a new level. They inform individuals of the many ways this can be done: sharing transport, accommodation, objects and skills, to name just a few. Share.nl also offers consulting to companies that would like to effectively use the sharing economy. Rachel Botsman and her talk on TED about the sharing economy inspired co-founders Harmen van Sprang and Pieter van de Glind in starting this project:

“Entire communities and cities are using technologies to do more with less by renting, lending, swapping, bartering, gifting & sharing products on a scale never before possible”.

In fact, a study conducted by Share.nl shows that 52% of Amsterdammers would borrow their tools or bicycle to strangers while 50% would use them. In a similar question about trust in strangers, 35% of people said they would like to teach a new language to a stranger, while 52% of respondents would like to learn a new language from a stranger. Another 24% would lend their car to a stranger. This shows a high level of trust within the community that is waiting to be explored by sharing economy projects. It is then not a coincidence that TIME has called sharing “one of the 10 ideas that will change the world”.

Qoin supports a variety of businesses and institutions in setting up community currencies worldwide. Currently they are consulting projects such as the Bristol Pound, Brixton Pound, Makkie, TradeQoin and WeHelpen to achieve social and environmental goals as well as financial sustainability. Qoin believes that community currencies can bring about a more resilient market for SMEs and a stronger regional economy. For businesses this means, among others, saving, working capital and new customers. To the ever growing (over 5000) social networks around the world, we can also add the over 800 B2B networks of retail bartering that comprise 400 000 businesses and bring over 50 billion dollars in annual revenue.

Noppes started 20 years ago in Amsterdam and has connected a large number of people from very diverse backgrounds around sharing objects and services. It works according to the zero principle – people start gaining currency as they help others. A possible scenario of a Noppes exchange is: an older lady is looking for help in learning how to use a computer program. She then turns to a student for help. He gains Noppes that he can then use to get help for finishing his master thesis through another member of the Noppes community.

Timebank.cc started in The Hague as an experiment in skills and services exchange between artists. It soon evolved into a much broader array of skills and services at a global level, where time is the only currency. Timebank volunteers donate hours of their time to help others and get the hours back by also tapping into the community and using the skills and services that it offers. In Europe the Timebank.cc platform is used by a few thousand users in the Netherlands and Portugal for putting people in contact on topics as diverse as 3d modeling, tax return and preparing traditional food.

Two students that would like to help popularize the use of Bitcoin and make it more accessible for everyone built the Bitcoin ATM. The ATM works in three steps: putting the bank notes in, scanning a QR code with your phone and finally receiving confirmation of the Bitcoins transferred to your account. The Bitcoin ATM was available at the conference, making it easy for anyone to acquire Bitcoins. 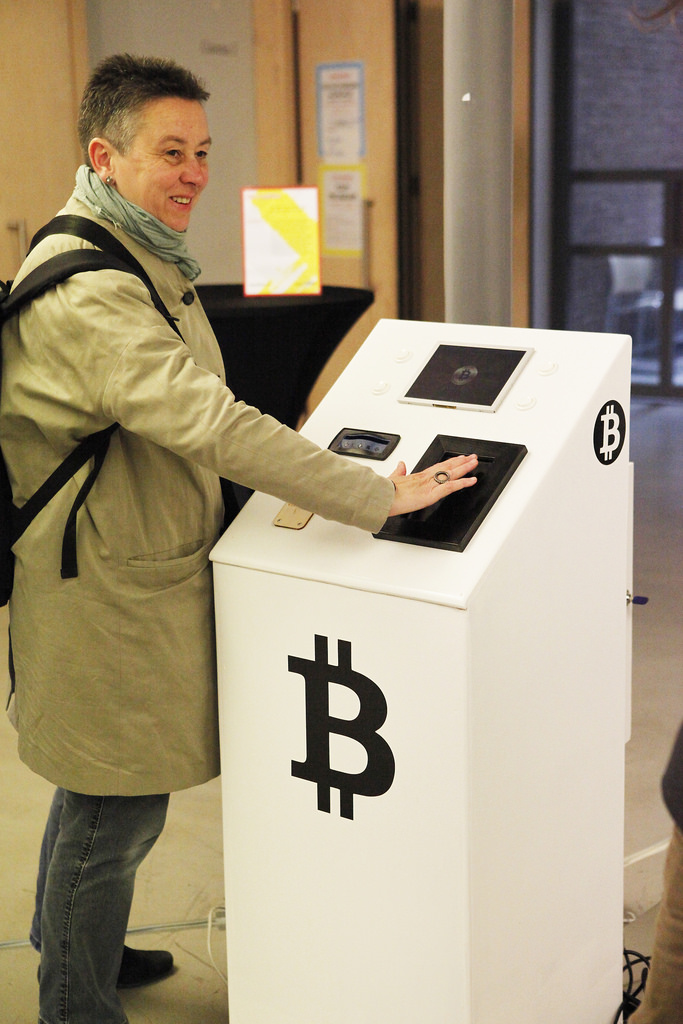 Videos of all Bazaar pitches: