Inge Ejbye Sørensen is a researcher in digital economy and culture at University of Glasgow and also a documentary filmmaker herself. She has a particular interest in how crowdfunding changes the landscape of documentary film production and distribution in the U.K. She began her presentation “Peer to Peer or Mine to Mine? – A Critique of Crowdfunding” by making it clear that crowdfunding supports established names rather than newcomers in this creative industry.

There has been an influx of crowdfunded films that have garnered much attention, such as “The Age of Stupid” and “Inocente”. These films heavily promoted crowdfunding as a new means of financing and distributing productions. A commonly noted benefit of crowdfunding is that filmmakers can go straight to the interested audience without relying on major studios. The audience in turn gets to have a more personal involvement in films that they care about. Moreover, filmmakers can retain ownership of their work rather than hand it over to a distributor. Yet, Sørensen’s research showed that the main beneficiaries were actually the broadcasters and distributors of the crowdfunded films, not the filmmakers.

Filmmakers are dependent on festival circuits that are largely controlled by distributors and broadcasters. The awards and attention gained through festivals contribute to a film’s long-term success in reaching the public. Furthermore, another issues is that crowdfunding takes time away from a filmmaker’s creative process, and instead redirects focus to marketing in order to get funders to realize a project. 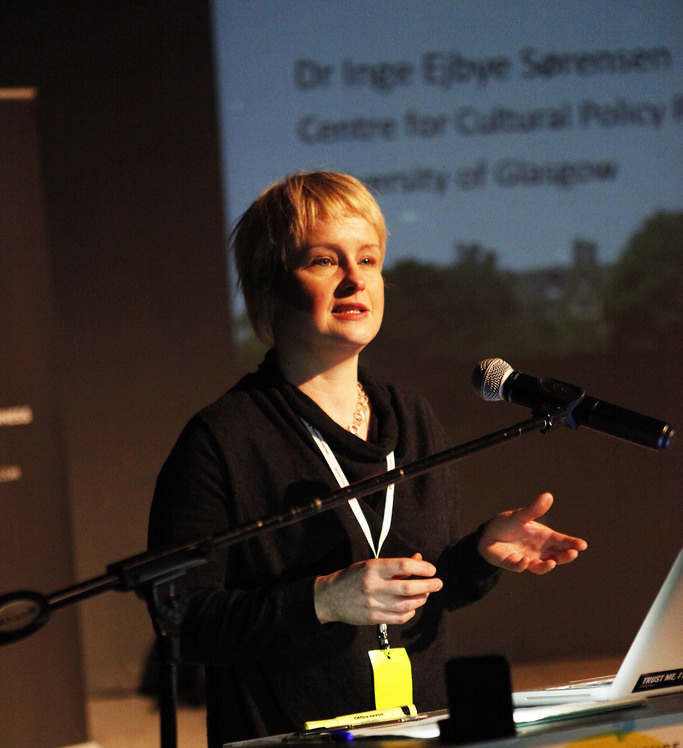 “Crowdfunding enforces established hegemonies”, Sørensen argued, for it still operates within traditional production and distribution channels to promote films. The public funding for the arts is still necessary to provide a support platform for emerging talent. Crowdfunding should not be replacement of public funding, for the vox populi does not fund with impartiality, and neither do traditional studios or broadcasters. Conclusively, building a sustainable distribution structure remains a challenge.