Lana Swartz stepped into the money field in 2011, at an event sponsored by parties involved with a “traditional alternative economic practice” debating the future of money and how to better organize it. While participants were organizations working with alternative currency, sharing economies and such, all speakers were start-ups or marketing gurus from the Silicon Valley, an aspect Swartz found very interesting. At that time, she had “one foot in feminist economics” and “the other in social media and cultural consequences and critique of the network society”, and was amused to discover that these areas weren’t considered as integrated by the attendees of the event. What she noticed instead was a coexistence of certain optimism, vision and idealism in 2011 alongside necrocapitalism – quite a contradiction that inspired Swartz to conduct further research aimed at gaining an understanding of that phenomenon.

In a manner of associating national ethos with certain time periods, she looks for explanation while taking us back to “2008-ish”, naming that year’s four interesting trends in the United States. Firstly, The iPhone era – undermined by the “powerful computers” carried around in the pockets, then the M-Pesa mobile payment system – “one of the earliest and most successful ones”, followed by global financial crisis and the election of president Barack Obama. What these four had in common is that they “animated the imagination for what money could be” in terms of “medium of exchange” or “store value”. iPhone covers all of it and M-Pesa “demonstrates it in action”. Global financial crisis on the other hand “undermined our sense of legitimacy of and trust in the global economy”. For many figures in Silicon Valley the 2008 was the first time that politics came to play as a possibility of making a difference. “They had this rush of hope and belief and optimism, which was then instantly dashed”. It is like “America took an ecstasy one night and then woke up with no serotonin left” provokes Swartz, claiming that despite the downside effect people do want to feel the rush again, they want to believe it is possible. It is clear that the three of the above-described factors make the money sector more and more attractive, also today.

Times of Disruption and a Trust Currency

Swartz then loops back into the theme of the innovation in the money space at which point she introduces “disruption” as another crucial term for consideration. There has been a general disruption caused by the rise of the Internet with its information transparency and the disruption of the global banking industry caused by new players and platforms in the money system. “In the end, money may be just one of many ways to measure and exchange flows of value, and financial institutions may similarly be just one of many channels for that flow”. As we have been aware of the online identity and history on the web influencing online trust, we are somewhat familiar with a notion of “a trust currency”. What would be profitable for us, states Swartz, is a “central hub” of exchange where we would be able to swap our valuable skills or the trust currency that we build up within the community for something that we can’t create ourselves.

It seems that techs from Silicon Valley in San Francisco are making the most out of this lifestyle; they see themselves as an avant-garde for these new services of exchange. Swartz presents tweets posted by Google employees that encapsulate that attitude. One of them was posted by the employee “tremendously active in the Occupy Wall Street movement in the US” that suggests Google is capable of running the government better than the people responsible for it at the time, especially in terms of providing better workers treatment. Despite the abundant criticism in response to it, there were voices supporting this declaration, one of them even stating that “techs live freely, opulently, and with no need of money”. Techs get a free transport; they make use of Airbnb and other sharing services and platforms and reputation points. “It’s a good life – for some” concludes Swartz; for others, those services become a target of “a tremendous activism or a kind of anti-Silicon Valley-activism”, as in the example of the San Francisco Google buses transporting Google workers, but using public stops and causing delays of the public buses. 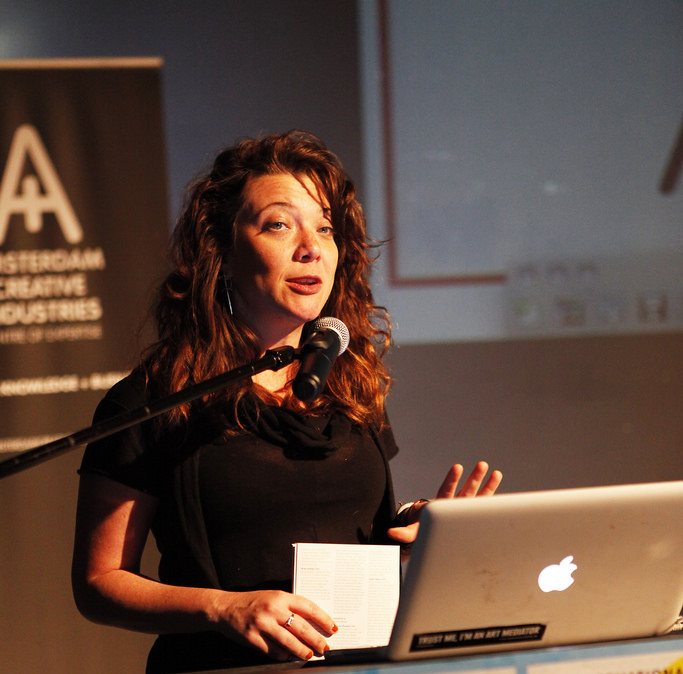 The “tension between what we used to call public and private” is “at the heart of what we really need to think about here” argues Swartz and she aims to provide not only the topic for an academic discussion, but mostly a design challenge. She advises that attention and action need to be taken when building new systems, as well as looking closely into “alternative economic practices” and the innovations in the money space that are being funded by Venture Capitalists. The mix of communitarian and libertarianism  – when encountered by today’s Silicon Valley actors in the payments field – was often subject to “sloping off the communitarian aspect and maintaining only the libertarian side”. Swartz points here to the main gatekeepers of the venture capital in the Silicon Valley, such as PayPal, whose co-funders are interested in building independent nations on oceans; their administration would be subject to internal laws, but this hints towards the bigger, more state-like initiatives that corporations have. Currently, mentioned Swartz, PayPal is using public software infrastructure owned by the government to make the transfers of its clients – hence, it is a private company using public rails, much like Google’s buses.

Then, to show the other side of the story, she points to the Diners Club, the pioneering credit card system that in 40’ and 50’ granted black Americans the memberships – although there was no way of assuring those members would not be refused (by white Americans) the services they wanted to pay for with the card for some made up reasons. Swartz highlights that there are some aspects that liberal democracy and state are effective at, even in the time of the sharing economy, like “enforcing the rights of the underprivileged” while privatization creates the areas for potential discrimination. Therefore, she calls the audience not to dismiss all the things and rights we have worked to gain for centuries, but also to avoid making the same mistakes: “when the Internet emerged, the market was supposed to be free but the outcomes emerged that do not make it free at all” she reminds. She concludes that simply “some things are too important to be left to the business models”.