The talk by Taylor Nelms focused on lessons learned throughout his work at the Institute for Money, Technology, and Financial Inclusion. His research interest is on monetary ecologies, more specifically on how currencies interact with each other. Nelms’ presentation at MoneyLab focused on mobile money, and particularly p2p transactions.

Nelms began by complicating the traditional definitions of p2p money transfers, expanding on who the ‘peers’ actually are and how to better understand the ‘2’ (who are the intermediaries and what consequences does this have?).

Peers, as Nelms describes, are usually members of the same family, for example in Haiti and Africa. Mobile money primarily connects families, friends and relatives. Not only this, but it also engages more female participants, since the transfer of money is household related. Mothers and grandmothers often rely on it to communicate and transfer money with their siblings or daughters. Hence, patriarchal forms of power and control that exist in traditional payment systems can now be moved to what Nelms terms ‘uterine relations,’ or female based social structures, made possible by a channel such as mobile phones. Mobile money allows women to control and transfer money without male consent or surveillance. This can be useful to both hide money (or the lack thereof), in order to preserve status, make deals more discretely, or maintain wealth within female lines. 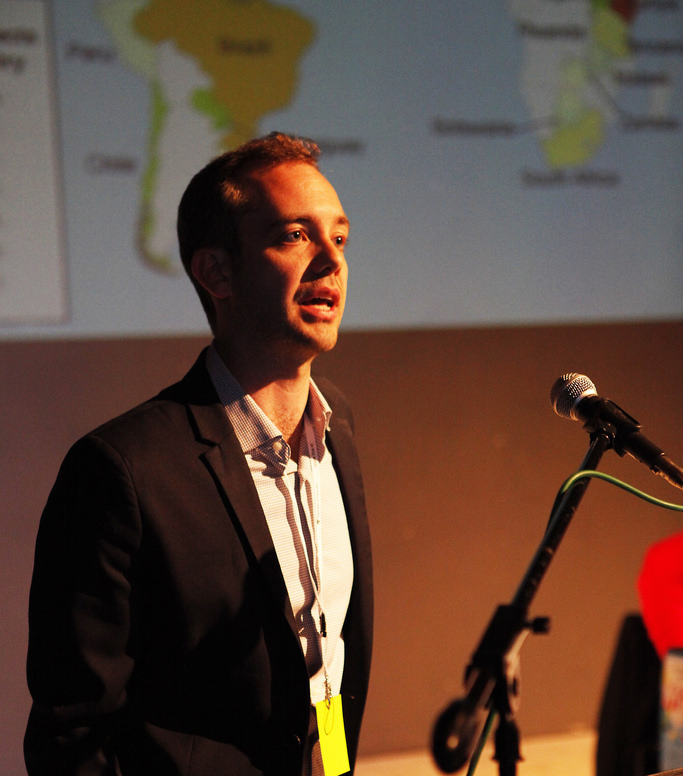 On the ‘2’ side of the discussion, Nelms spoke about how mobile money allows for easier saving and transferring of money. Nevertheless, mobile money is often only one of many other channels that people use. Other intermediaries include piggy banks, human agents, postal offices, kiosks where gambling and gaming are carried out, and other such channels that were designed to serve different purposes but were soon re-appropriated to also serve a financial role. Interestingly, mobile money is rarely replacing these alternatives, but rather complements them.

Nelms also discussed how mobile money is also an infrastructure itself. Card networks, wire systems, satellite communications are all parts of the distribution systems that fuel the capabilities of mobile money. Beyond these distribution networks, Nelms also discussed the importance of ‘money repertoires,’ and how mobile technology complicates these as well. From the simple piggy bank, to complex chip and pin systems, money has value that must be stored. While new technologies can aid in this, there are also downsides, mostly related to the complex infrastructure needed to support electronic storage and processing. The storage of the money itself is only one part of the equation; Nelms spoke about the importance of account keeping. Receipts and debts are useful tools for maintaining and expanding distinctly human trust-based social structures. In the end, the materiality of mobile money must be understood. While the vision of a cashless world is one many in the field push toward, the power that infrastructure, both technological and social have will always complicate the discussion.